After people were advised to work from home to tackle the “tidal wave” of Omicron cases – data has shown the government guidance has had an immediate impact on the roads and public transport.

Commuters reported seeing less people on the roads and on buses and trains in England on Monday morning, with pictures showing deserted motorways, train stations and carriages.

It comes after Boris Johnson last week urged everyone to work from home if they can from today and get their boosters in a bid to tackle the highly-infectious Omicron variant of COVID-19. Figures published by location technology firm TomTom revealed the level of road congestion at 8am in major cities across England fell sharply compared with the previous two Mondays.

Birmingham saw an even more dramatic fall in congestion levels, which dropped from 87% on 29 November to 64% last Monday and 55% today.

And congestion levels in the seaside city of Brighton have also steadily declined, from 59% on 29 November to 55% on 6 December to 44% today. 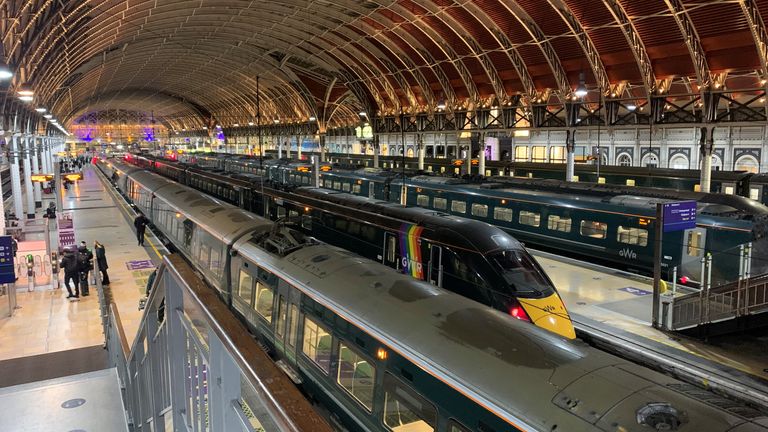 Tube and bus use declines in London

Transport for London (TfL) reported a fall in demand for Tube and bus travel services on Monday morning.

Around one million journeys were made on the London Underground between the start of service and 10am – an 18% reduction compared with 1.22 million during the same period a week ago.

A TfL spokesman said: “The government’s decision to require people to work from home from today will naturally result in a drop in TfL’s ridership.

“We continue to assess what impact this announcement has on overall ridership levels, and crucially our operating income which relies heavily on fares revenue.” What commuters are saying

One Twitter user wrote: “Waiting on my bus to work and the roads are very quiet this morning.

“I think the work from home (guidance) has already kicked in.”

Photos of a near-empty Waterloo station were shared on Twitter by @lucitelu, with the caption: “Stations are quiet again. This is Waterloo, 9:15.”

Someone else tweeted: “I’m in a flat slap bang in the middle of London and (the) roads are unbelievably quiet now.”

Another Twitter user in the capital wrote: “Everywhere is extremely quiet again. Have school holidays started? Or is everyone working from home? No one at the bus stop. No traffic. No people walking. Very weird for a Monday.” 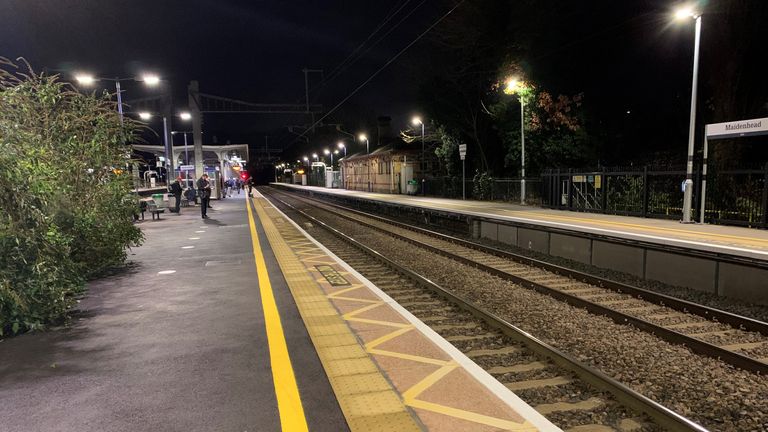 Several other cities experienced reduced road congestion at 8am on Monday, according to TomTom.