A British pilot punched the air with delight as he was discharged from hospital in Texas after being treated for coronavirus for 243 days.

Nicholas Synnott works for British Airways and was taken ill after arriving in Houston last March.

The 59-year-old was admitted to UT Health and Memorial Hermann Hospital in the city where he was placed on a ventilator and heart and lung machine.

He was treated there for eight months, with his wife Nicola, 54, by his side every day.

Live COVID news from UK and around the world 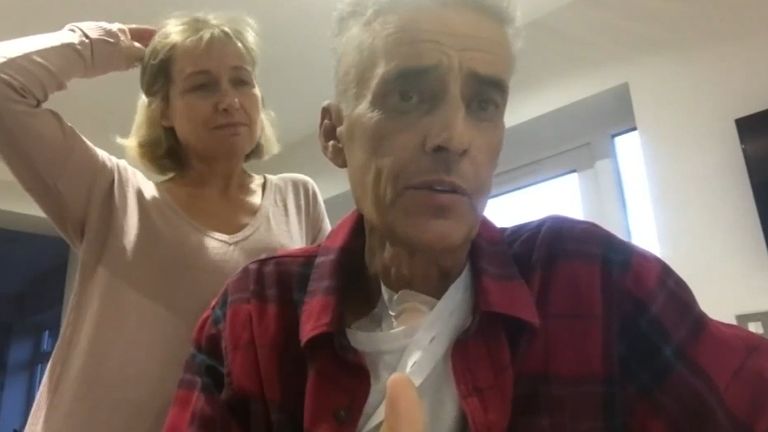 “Every organ of his body was affected by COVID-19. But yet, because his health was so good as a pilot prior to the illness, he could sustain all this and survive something as serious as this,” cardiologist Dr Biswajit Kar told ABC 30 News.

“We were firstly overwhelmed by the joy that someone this sick could make it.”

Mr Synnott was discharged before Christmas and is now back at home in Betchworth, Surrey.

Photos and video from the hospital showed him punching the air and hugging staff members as he walked down the corridor.

Mr Synnott told ABC 30 he was able to recover “with the support of my wife, and the thought of going back to my kids. It was a tough journey but, we’ve got where we are”.

The pilot said he would like to travel to Houston again to thank everyone who helped him and to visit the city’s zoo which he could see out of his window every day.