A fresh booster jab drive has been launched by the NHS in an effort to protect more people from the rapid spread of the COVID-19 Omicron variant.

Another 650,000 text messages and 50,000 letters will be sent in the coming days to those people who are yet to get their third vaccine dose, asking them to have a “jabby new year”.

Millions were contacted earlier in the week with a similar message, encouraging people to book their boosters as soon as possible.

What are the rules in the UK’s four nations for Christmas and beyond? 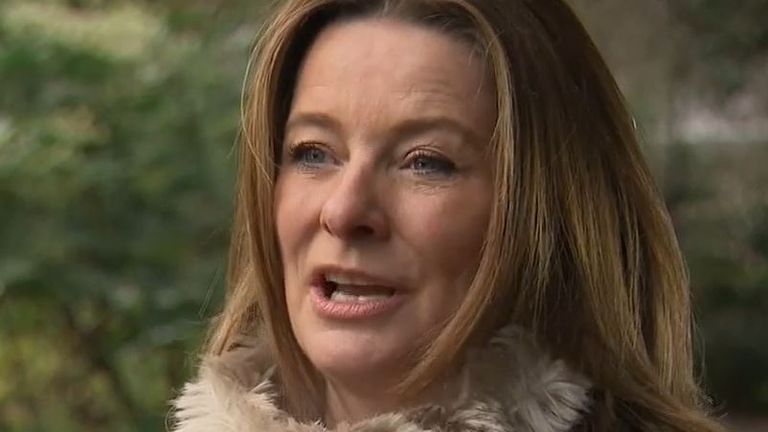 It comes amid more record infection numbers across the UK, with rates consistently above 90,000 over the Christmas period.

Another 244,078 vaccinations were given out on Monday, including 209,626 boosters – the second-highest total for a bank holiday.

Some 51 million people in the UK have had at least the first dose of a vaccine, while more than 32 million have been given a third jab.

The urgency to get people vaccinated has been underlined by new research from the Intensive Care National Audit and Research Centre that shows most people in intensive care in London who has COVID last month had not been vaccinated.

“While that does not necessarily tell us exactly what is going on in hospitals now, it tallies with what we are hearing from staff on the frontline,” NHS national medical director Professor Stephen Powis said.

“Getting vaccinated… means that you are much less likely to end up in a hospital bed that could otherwise be used to treat someone else.”

Despite cases rising rapidly, the government announced there would be no fresh restrictions in England this side of the new year.

He did not rule out the possibility of any further restrictions being introduced in January.

Meanwhile in Scotland, gathering limits came into force on Boxing Day and in Wales, nightclubs closed after Christmas and the rule of six was imposed in hospitality settings.

Scottish First Minister Nicola Sturgeon is expected to update parliament later today on COVID-19, though it is unclear if more restrictions will be brought in.

Ms Sturgeon has repeated her call for people to “get boosted by the bells”, saying: “The significantly increased transmissibility of Omicron is reflected in the steep increase in cases now materialising, and we would expect to see case numbers rise further in the days to come.”

COP26: Biden tells world US is ready to lead fight on climate change

Summer is definitely over as temperatures plummet and rain batters UK