Boris Johnson has told Joe Biden that global vaccine access will be vital for beating COVID-19, as the leaders agreed combatting climate change will be a key part of “building back better from the pandemic”.

The prime minister and US president spoke on the phone on Friday afternoon, where they discussed the rollout of jabs, as well as other international challenges, such as on the environment, Iran and China.

A Downing Street spokesperson said Mr Johnson and Mr Biden “discussed the fight against coronavirus and updated each other on their countries’ vaccine rollouts. The prime minister stressed that global access to vaccines will be key to defeating the pandemic”. 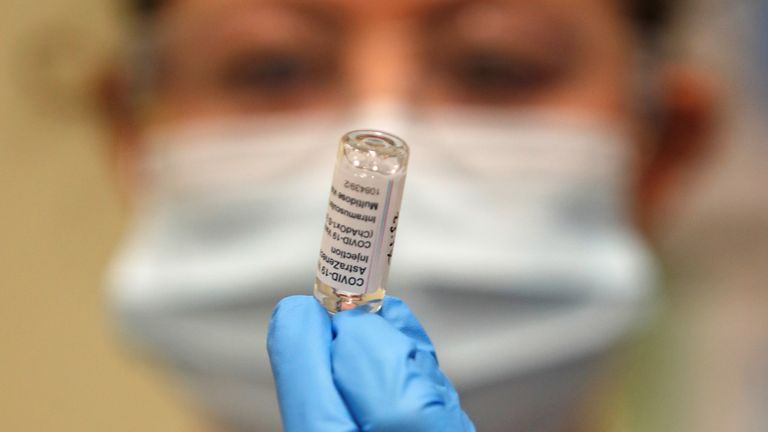 The spokesperson also said the pair “shared their goals” for the president’s climate change summit in April and the UK-hosted COP26 summit in November.

These include “the need to address climate change and preserve biodiversity in tandem”.

“They discussed the importance of ensuring all countries have access to the green technology they need to reduce carbon emissions.”

The leaders also both reiterated their “shared commitment to protecting the Good Friday Agreement” and the prime minister said he looked forward to welcoming Mr Biden to Cornwall for June’s G7 summit, No 10 added.

The spokesperson continued: “They talked about shared international challenges. The leaders agreed on the need for Iran to come back into compliance with the nuclear deal.

“On China, the prime minister and president reflected on the significant action taken by the UK, US and other international partners earlier this week to impose sanctions on human rights violators in Xinjiang and expressed their concern about retaliatory taken action by China.” 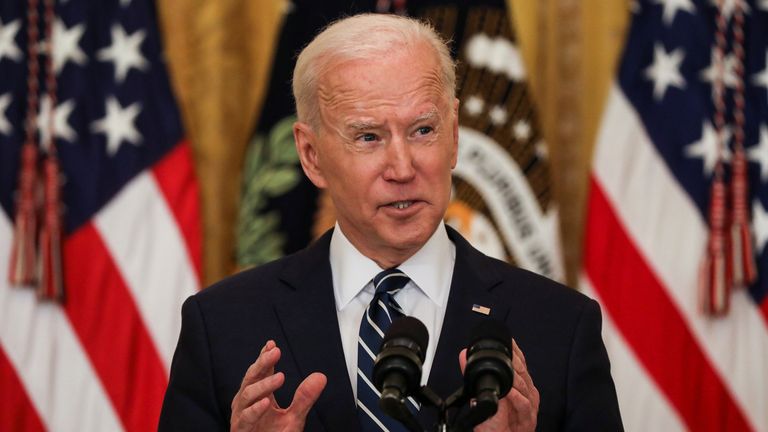 Mr Biden has invited leaders including Russia’s Vladimir Putin and Xi Jinping of China to the first major climate talks of his administration.

The US hopes the virtual event on 22-23 April will help speed up global efforts to cut fossil fuel pollution, White House officials said.

The president is trying to revive a US-convened forum of the world’s major economies on the climate that George W Bush and Barack Obama both used and Donald Trump let languish.

The Biden administration is also planning to announce a much tougher US target for revamping America’s economy to sharply cut emissions from coal, natural gas and oil.

Mr Trump withdrew the US from the 2015 UN Paris climate accord in what was one of his first actions as president.

Next month’s summit will be the first major international climate discussions involving a US leader in more than four years, although leaders in Europe and elsewhere have continued talks.

May has not moved 'an inch' on Brexit, says Labour's legal chief