The Northern Ireland Executive has agreed to reduce the five-day Christmas bubbling arrangements in the region to one day, according to Stormont sources.

The relaxation of COVID-19 rules to allow three households to gather together will now be limited to Christmas Day.

However, flexibility will be afforded to people working on December 25 to enable them to bubble on another day over the festive period.

The decision was made by Stormont ministers during an emergency virtual executive meeting on Sunday evening in response to the new variant of coronavirus that has taken hold in London and the South East.

Sinn Fein supported the move however practical issues were raised around how quickly such a ban could be introduced, given the time it would likely take for the Department of Health to draw up regulations to bring it into effect.

The DUP position was that UK internal travel is already banned from Tier 4 areas in England, so there is no need for added Stormont legislation to enforce that.

The party believes the responsibility for stopping flights and ferries within the UK is an issue for the UK government and has also raised concern that Stormont could leave itself open to compensation liabilities if it was to legislate on the issue.

It is understood the Health Department is to seek further legal advice on the issue ahead of the executive resuming discussions on Monday. 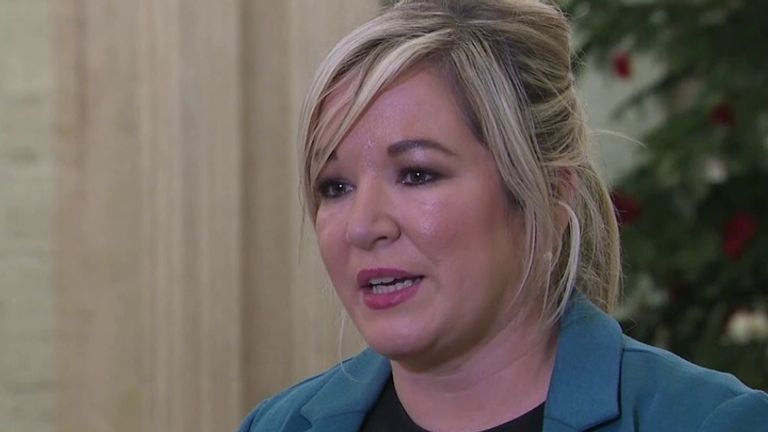 On Sunday, Northern Ireland’s Department of Health confirmed another 13 people with COVID-19 had died in a 24-hour period, bringing the death toll to 1,196.

A further 505 new cases of the virus were also reported in the region. There were 421 patients with COVID-19 in hospitals, including 30 in ICU.

The new restrictions will include the shutting of all non-essential shops as well the closure of pubs, bars and restaurants apart from takeaway services.

The first week of the new lockdown will also see even stricter measures, with all sporting activity to be banned and essential shops told to close at 8pm.