The cabinet minister issued the change in advice, as the government unveiled plans for a traffic light system to allow overseas leisure trips to resume.

It comes just days after Downing Street published an official document that urged people “not to book summer holidays abroad until the picture is clearer”.

However, the government has refused to confirm whether foreign holidays will be permitted from 17 May – and where Britons will be able to travel without self-isolating on their return.

Mr Shapps also insisted the government is trying to make foreign travel as affordable as possible amid criticism that a coronavirus testing requirement will drive up holiday costs.

Post-arrival tests must be the polymerase chain reaction (PCR) type which cost about £120, he said.

This has led to a backlash from the travel industry which has warned foreign holidays this year would be “just something for the wealthy”.

The sector wants travellers returning from low-risk countries to be allowed to take lateral flow tests, which are cheaper and quicker.

UK budget holiday airline Jet2 has suspended flights and holidays until late June due to uncertainty over government travel plans.

Asked on Sky News if people could start to book foreign holidays now, Mr Shapps said: “I’m not telling people that they shouldn’t book summer holidays now, it’s the first time that I’ve been able to say that for many months.”

He added: “For the first time people can start to think about visiting loved ones abroad or perhaps a summer holiday but we are doing it very, very cautiously as we don’t want to see any return of coronavirus in this country.”

Mr Shapps said he was looking to “make it as affordable as possible to travel” and “drive down the costs” of tests.

He said: “Costs are definitely a concern. It is one of the factors this year. We have to accept we are still going through a global pandemic.

“We do have to be cautious and I am afraid that does involve having to have some tests and the like.

“But, I am undertaking today to drive down the costs of those tests and looking at some innovative things we could do.

“For example, whether we can help provide the lateral flow tests people need to take before they depart the country they are in to return to the UK and also drive down the costs of the tests when they get home if it is in the green category.

“We are trying to make it as practical as possible.” 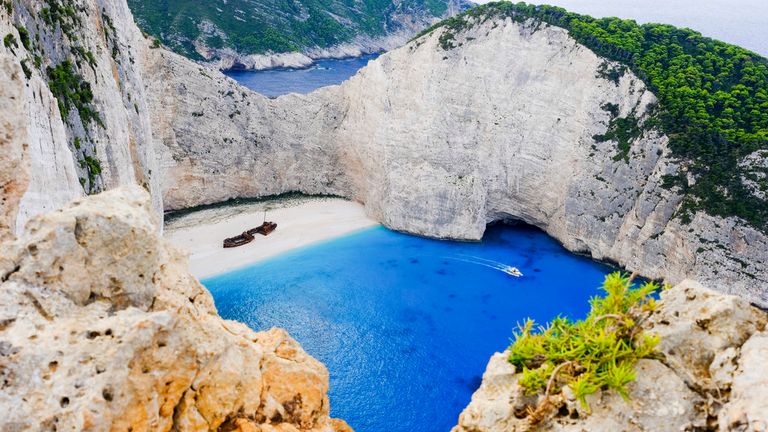 Under the traffic light system, assessments will be based on a range of factors, including the proportion of a country’s population which has been vaccinated, rates of infection, emerging new variants, and the country’s access to reliable scientific data and genomic sequencing.

Restrictions will be “formally reviewed” on 28 June to take account of “the domestic and international health picture and to see whether current measures could be rolled back”, the department added.

Further reviews will take place no later than 31 July and 1 October.

Tim Alderslade, the chief executive of Airlines UK, said the framework “does not represent a reopening of travel as promised by ministers”.

He added: “The insistence on expensive and unnecessary PCR testing rather than rapid testing – even for low-risk countries – will pose an unsustainable burden on passengers, making travel unviable and unaffordable for many people.”

EasyJet chief executive Johan Lundgren said the plan was “a blow to all travellers” and risked “making flying only for the wealthy”.

He added: “As the rest of British society and the economy opens up, it makes no sense to treat travel, particularly to low-risk countries, differently.”

Mark Tanzer, boss of travel trade organisation Abta, said permitting the use of lateral flow tests would “make international travel more accessible and affordable whilst still providing an effective mitigation against reimportation of the virus”.

It has also been revealed the Civil Aviation Authority will be given additional enforcement powers to act on airlines that breach consumer rights, after many passengers struggled to obtain refunds when flights were grounded.

COVID-19: 40% of 80-year-olds vaccinated as 2.4 million coronavirus jabs given out in UK, Boris Johnson says