Home » Europe » COVID-19: Schools to reopen across England tomorrow – here’s what to expect

Schools across England will reopen to all pupils on Monday in the prime minister’s first step of lockdown easing.

Students have spent months learning remotely and those returning to secondary schools will find additional safety measures including face coverings in classrooms and rapid coronavirus tests.

Here, Sky News looks at some of the measures that will be carried out to try to keep staff and pupils safe – and the different approaches taken in the other UK nations.

Schools and colleges are reopening to all students in England tomorrow, which Prime Minister Boris Johnson has said “marks a truly national effort to beat” COVID-19.

Secondary school and college students will be asked to wear face coverings in classrooms where social distancing cannot be maintained as a new safety measure on their return.

The measure – set for review at Easter – is not mandatory, and primary school pupils are not required to wear face coverings when they return to face-to-face lessons. Nearly 57 million lateral flow test kits, which can produce results in less than 30 minutes, have already been delivered to schools and colleges as part of the rollout, Downing Street said.

After three initial tests on site, students will be provided with two rapid tests to use each week at home.

However, there is still continuing concern that the speed of the tests comes at some cost in accuracy – with some believing the results are compromised if the testing is not done properly.

GCSE, AS and A-level exams will not go ahead as planned in 2021, with Education Secretary Gavin Williamson announcing that teachers can use questions set by exam boards to help determine grades for students.

Primary school SATs will not go ahead this year. What are the concerns about all schools returning on the same day?

Education unions have warned that greater testing of pupils and the wider use of face coverings “may not be enough” to cope with the increased risk of transmission as schools reopen.

Nine unions, representing school leaders, teachers and support staff, have called for schools to be given flexibility to take local measures to strengthen the safety of students and staff.

Concern has been raised about the effect on COVID-19 infections of bringing all pupils back on the same day, with Unison calling the “big bang” approach “reckless”.

Steve Chalke, head of the Oasis Academies Trust which runs more than 50 schools across England, told Sky News a “gradual return” would have been more sensible.

“If you look at Scotland and you look at Wales, what they’ve adopted is a phased return or a staggered return and that’s for all sorts of reasons,” he said.

“We would say the wise way forward is a step-by-step gradual return where you can monitor how you’re doing and you can monitor whether you’re going too fast and slow down a bit.” 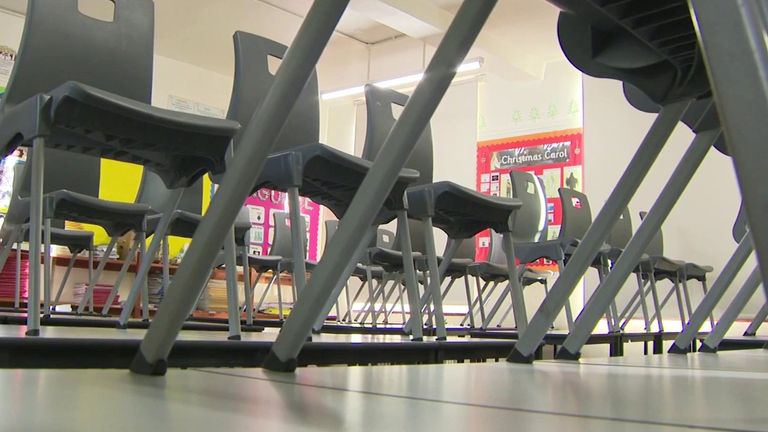 A staggered return of schools in Scotland started with children in primary school years one to three going back on 22 February.

From 15 March, primary schoolchildren in years four to seven will return as well as secondary school pupils in S4 to S6 who are studying for national qualifications.

It was initially announced that secondary school pupils would not return to school until April but First Minister Nicola Sturgeon has since said all secondary pupils will get some in-school time from 15 March before the Easter holidays. 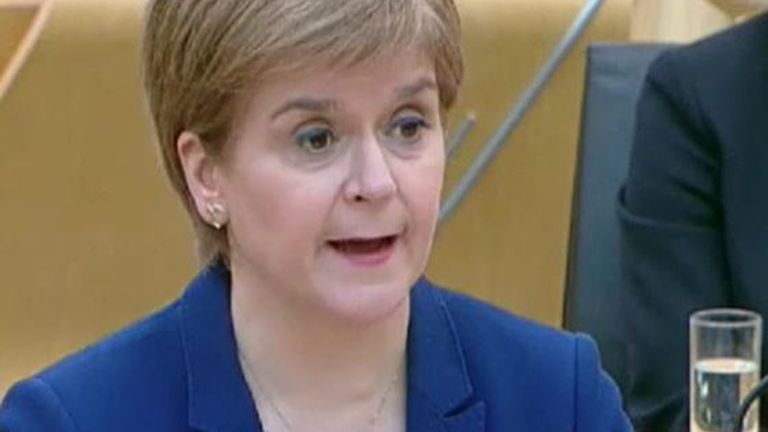 All primary and secondary school pupils are expected to be back in school full-time from 19 April after the Easter holidays.

When secondary schools return, face coverings will have to be worn at all times and physical distancing guidelines followed.

The first minister also urged school staff and older secondary pupils to take up the lateral flow tests being made available.

She said: “I would encourage as many staff and senior phase pupils as possible to use the tests when they return to school. It is a further important way in which we can ensure that schools remain as safe as possible.”

Children aged three to seven (in the Foundation phase from nursery to year two) began returning to school on 22 February.

There will also be “flexibility for some learners in year 10 and 12 to return” from 15 March, the Welsh government has said. 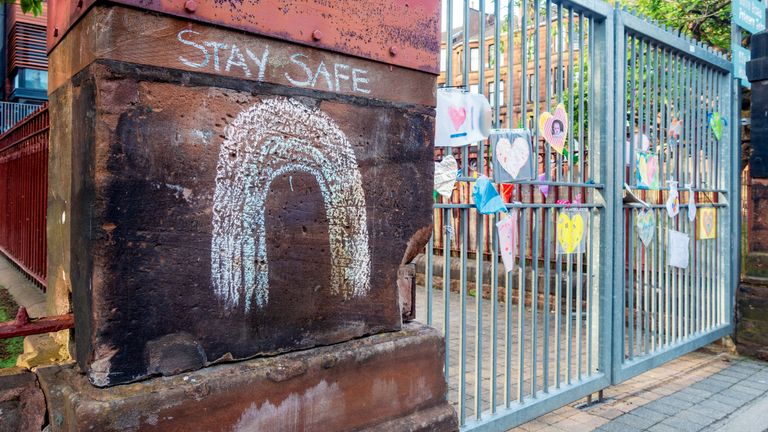 Secondary schools in Wales will also be able to provide “check-in” sessions from 15 March for pupils in years seven, eight and nine.

All learners are expected to return to face-to-face teaching in the second week of April following the Easter break, though secondary pupils are only expected to be in school on a part-time basis.

The Welsh government has also cancelled GCSEs, AS and A-levels.

Grades will be determined by teachers, based on evidence such as mock exams and coursework.

First Minister Arlene Foster has said she hopes to be able to give a “definitive answer” around the reopening of schools next week.

On Monday, the youngest children will return to primary schools across Northern Ireland but are set to go back to remote learning after two weeks.

Mrs Foster said she hopes children will be able to stay at school.

“It’s important that we give that clarity next week so that parents can plan, and teachers can plan as well,” she said.

Sergei Skripal: Poisoned spy's house to be dismantled by military