At Bristnall Hall Academy in Oldbury, several boxes of testing kits were delivered just hours before the prime minister’s announcement that pupils would not be returning to classrooms as planned.

They had expected to be busy today preparing to roll out mass testing for key worker and vulnerable pupils who returned on Monday, and for Year 11 students who were due back next week.

Instead, staff were turning their attention to adapting half a term’s teaching that will now have to be delivered remotely. 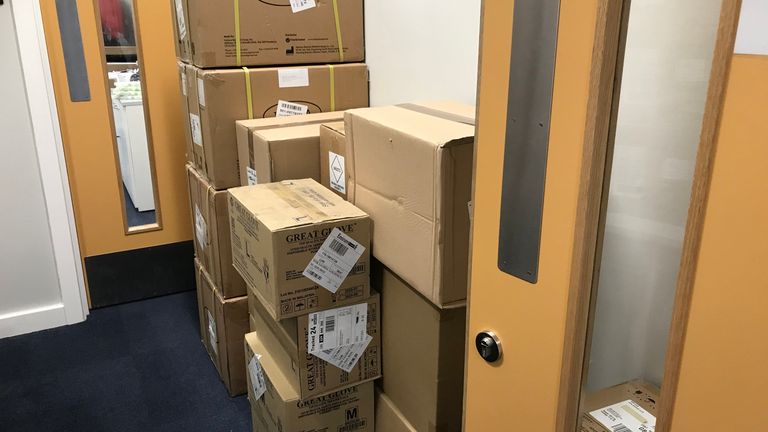 The empty hall has rows of desks set up for BTEC exams which will go ahead next week.

But the 180 pupils who were expecting to sit their GCSEs in the summer have been finding out their exams won’t go ahead.

Mason Parkes and Rajan Mattu, both 15, are among the Year 11 pupils.

“I was glad they’d made a decision and it’s good in the sense that we’ve lost so much teaching time over the last year I didn’t feel fully prepared for exams,” says Mason. 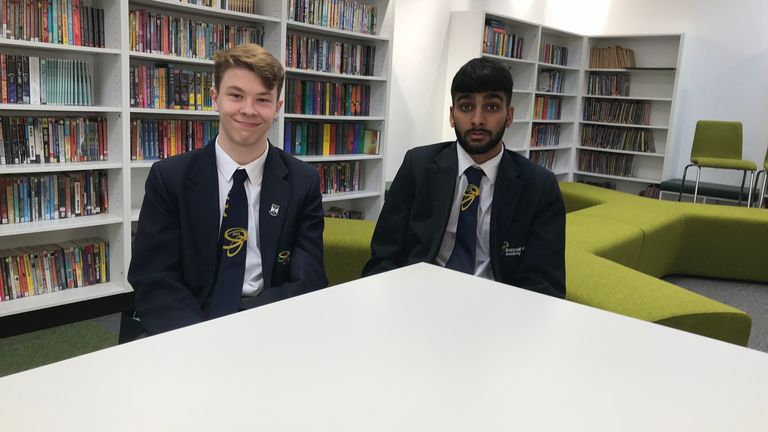 “I’m worried about how grades will be awarded now. Will it be teacher prediction or teacher assessed? They need to let us know,” he adds.

“Because of lockdown last year we’re still learning things now that we should have covered in year 10,” Rajan says.

“I’m a bit worried about how they’ll end up figuring out our grades. I need to get at least a 6 in English and a 5 in Maths to get into college next year to do economics.”

“I’m worried that in future employers will look at our CVs and think: they’re the kids who didn’t sit exams and our grades won’t be worth as much,” Mason adds.

Principal Kully Uppal said they’ve had a lot of questions from pupils since the lockdown was announced. 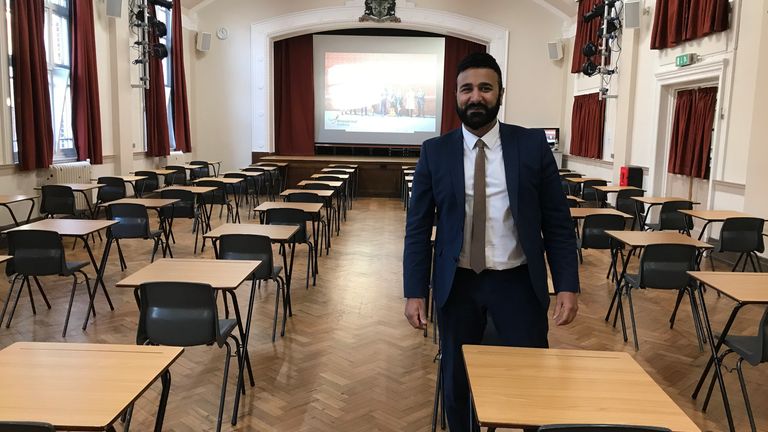 “Our GCSE students are naturally curious about what the future will hold for them now and what will happen in summer,” he said.

“Our message to students and families is clear: the learning must continue and it’s not just about getting qualifications but gaining knowledge and equipping the students with the necessary tools to embark on work or training when they leave school.”

But he says it means they’re prepared when pupils do return. 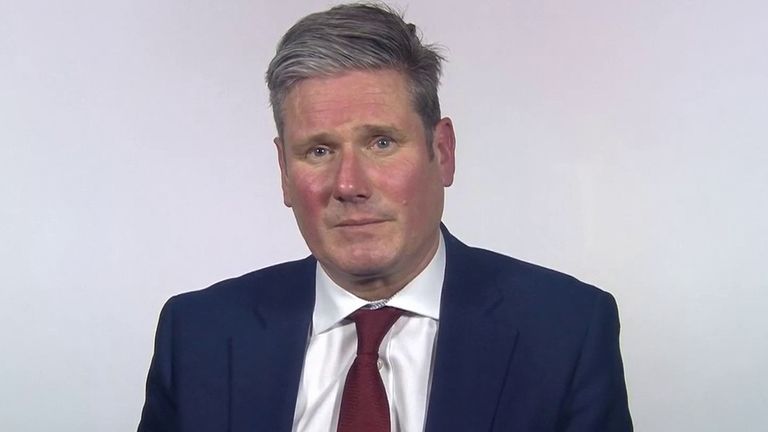 On the last-minute announcement of changes, he admits “it’s always better to have more notice” but says he’s proud of the way the teaching profession has dealt with the pandemic.

“Teachers, leaders within education – what it does show us is that we’re a workforce up and down this country which is extremely adaptable, flexible and willing to exercise our duty of care and that’s why we came into the profession, to make sure that every student who we encounter leaves with the very best life opportunities,” Mr Uppal said.

Camilla Duchess of Cornwall heartbreak: Her emotional message to women at risk IN FULL