Home » Europe » COVID-19: What events have been cancelled this weekend due to rising coronavirus cases?

West End productions, gigs, football matches and now rugby fixtures are among the events postponed this weekend amid the spread of the Omicron variant.

Rugby games scheduled for this weekend between French and British clubs as part of the Heineken Champions Cup and EPCR Challenge Cup are the latest events to be called off.

It comes as five of this weekend’s Premier League football matches have been cancelled while a string of West End theatre performances and gigs have also been postponed because of rising coronavirus cases.

Sky News is keeping track of the events facing disruption this weekend. Nine Premier League games have now been postponed this week, including five due to take place this weekend.

It comes as the Premier League recorded its highest ever number of positive tests in the week leading up to 12 December.

The Premier League says they intend to “continue its current fixture schedule where safely possible”.

Among those affected this weekend are: 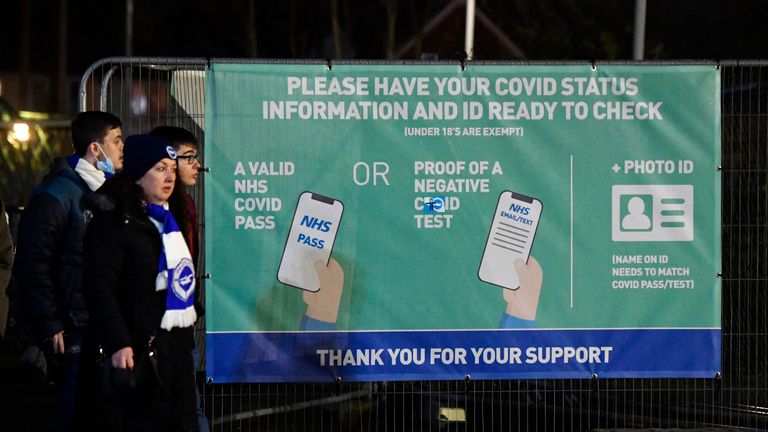 And it’s not just the UK’s top-level league facing disruption. Games in the Championship, League One and League Two have also been postponed this weekend as a result of rising infections.

Some of those include:

A series of rugby matches set to take place this weekend between French and UK clubs have been cancelled following the French government’s new measures on those travelling from the UK.

The games, which were part of the second round of the Heineken Champions Cup and the EPCR Challenge Cup, will now take place at a later unconfirmed date.

But it’s not just sporting events facing cancellation this weekend.

The West End production of Hamilton has been forced to temporarily shut its doors for the third night in a row due to “ongoing COVID-enforced absences”.

It follows a string of cancellations and postponements in “the sector’s most important time of year” according to the Society of London Theatres (SOLT). 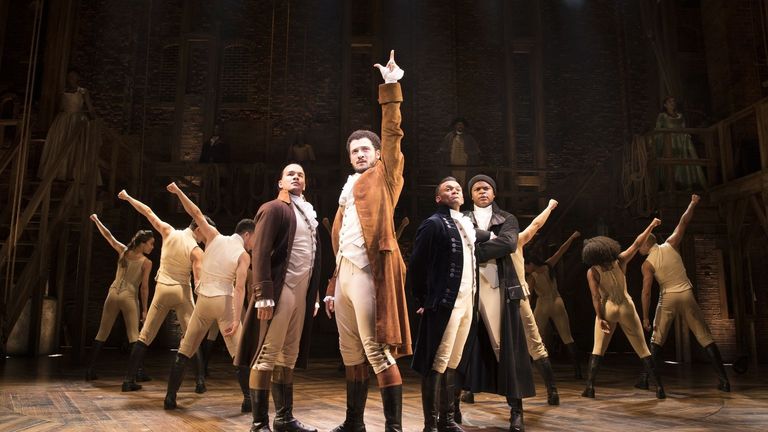 Other performances affected this weekend include:

Several gigs due to take place over the weekend have also been rearranged as a result of fears about rising COVID cases.

It follows cancelled shows from Scottish pop band Deacon Blue while Stereophonics rescheduled performances due to take place in December for 2022. 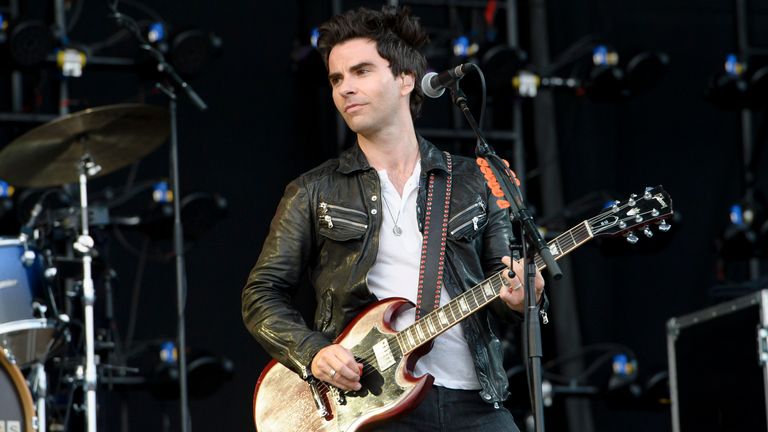 British rock band The Charlatans announced plans to reschedule their tour performances, citing concerns about the spread of the Omicron variant.

The group had been due to play in Leeds and Glasgow over the weekend.

Folk band The Furrow Collective also said they have decided to push back their December tour until next year.

“It seemed to us like the most sensible course of action for the safety, health and well-being of all involved – audience, staff and band members,” they said.

Concerns are mounting from leaders across the arts about the impact these cancellations could have on the industry, which has “already suffered an incredibly difficult 20 months,” according to SOLT.

A spokesperson for the Department for Culture, Media and Sport said: “Our unprecedented £2bn Culture Recovery Fund has given out £1.5bn in grants and loans, and almost £200m to the devolved administrations. The £300m third round of the Culture Recovery Fund is still open for applications, providing vital ongoing support for the cultural, heritage and creative sectors.

“We will keep the delivery of the programme under active review and consider how best to adapt it in line with the needs of the sector.”