A woman is free to see her dying father as often as possible, after previously being told by the Scottish government she had to stay in hotel quarantine.

Claire Herriot, who is double jabbed, flew to Scotland from Turkey on Tuesday after being told her father Gordon, 75, had suffered major organ failure and was at death’s door.

The 39-year-old, despite her vaccination status and testing negative twice, was initially told she could not visit her dad.

Ms Herriot, who previously worked for Sky News as a producer, was later allowed to see Gordon for just four hours on Wednesday.

However, she had to leave with the 75-year-old “very confused” at his daughter’s departure.

After receiving a negative COVID test on Friday, Ms Herriot was allowed to see her father again.

While in the hospital, she was contacted by the Scottish government, and was told she did not have to go back to the hotel.

Ms Herriot still has to take a COVID test on day eight of her quarantine, but can travel between her home and the hospital – although nowhere else. 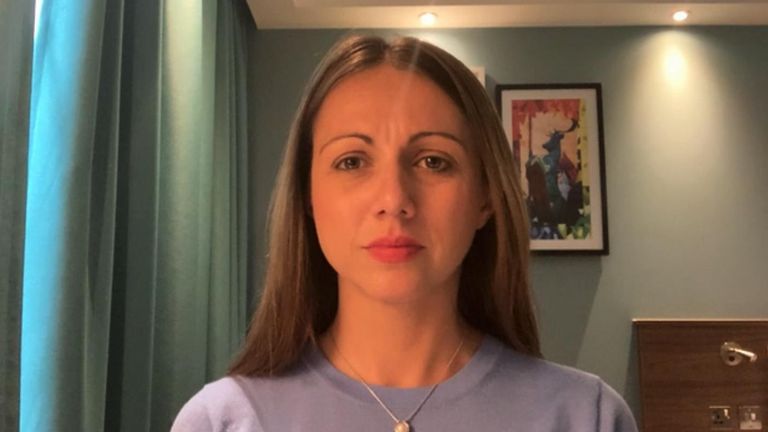 She said: “My family and I are grateful to the Scottish government for granting the quarantine exemption I’d asked for.

“I’ll isolate at home, test on day eight and visit my dad in hospital. I hope the flexibility shown in my case will help others in similar situations.”

Speaking before the easing of her quarantine, Ms Herriot said: “It’s difficult to understand when thousands of football fans travel from Scotland to London, when there’s nightclubs open in London, and it seems to me that the prime minister’s policies is just ‘let it rip’, but I’m being locked away like a biohazard when it doesn’t need to be this way.”

A spokesperson for the Scottish government previously told the Scotsman newspaper: “International travel restrictions including the use of managed isolation remains necessary to limit the importation of the virus and variants of concern.

“Ms Herriot was provided with a visit to see her father upon arrival in Scotland and we are more than willing to facilitate a visit plan to enable Ms Herriot to visit her father on subsequent occasions.

“We have said Ms Herriot may visit her father upon day two and eight provided she has negative test results.”

However, they said “the current regulations require that persons authorised to make end-of-life visits must return to managed isolation following the visit”.

Ana Kriegel murder trial: Jurors told they cannot speculate or make up theories about the evidence