Home » Europe » COVID-29: From a tiny island garden to a historic cathedral – the pictures behind the UK’s vaccine rollout

A picture of a man getting a coronavirus jab in his garden on a tiny British island is among a collection of images showcasing people behind the national vaccination effort.

The previously unseen photographs capture moments across the UK in museums, stadiums and cathedrals over the past few months as efforts continue to vaccinate the nation against COVID.

Taken by photojournalists Jude Palmer, Glenn Edward and Liam McBurney, the series of images showing the size and scale of the nationwide vaccination programme have been published by the government ahead of a new campaign urging under-50s to get the jab. 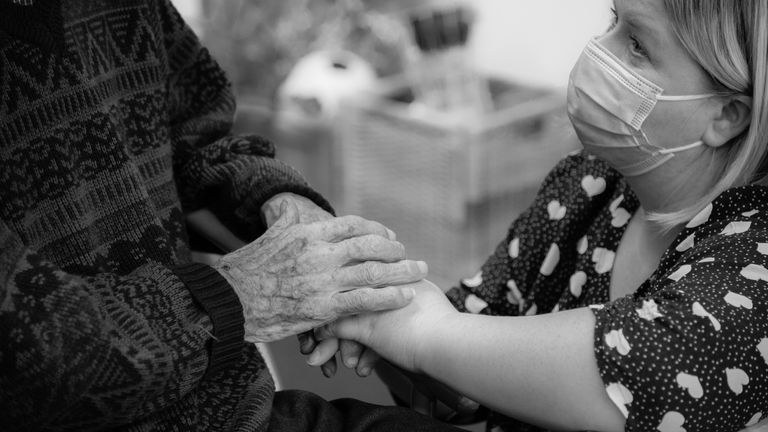 Also among the photos are smiling portraits of vaccinators and volunteers, a bird’s eye view of socially distanced patients awaiting their jabs in Salisbury Cathedral, and an elderly couple holding hands at a vaccination site in Ulverston, Cumbria.

The three photographers captured the images as they travelled to mobile coronavirus vaccination units, care homes and pop-up vaccination sites throughout February and March.

Ms Palmer said: “While the pandemic has been an incredibly difficult time in our history, it had to be documented.

“It’s been an honour to witness the incredible rollout of the life-saving vaccine first-hand and document this in a meaningful, compassionate way.

“The photography project tells many genuine stories of people involved in the vaccine programme and those that have come forward to have their vaccine already, from their smiles, laughs, nerves, and sighs of relief as we get one step closer to a more normal way of life.” 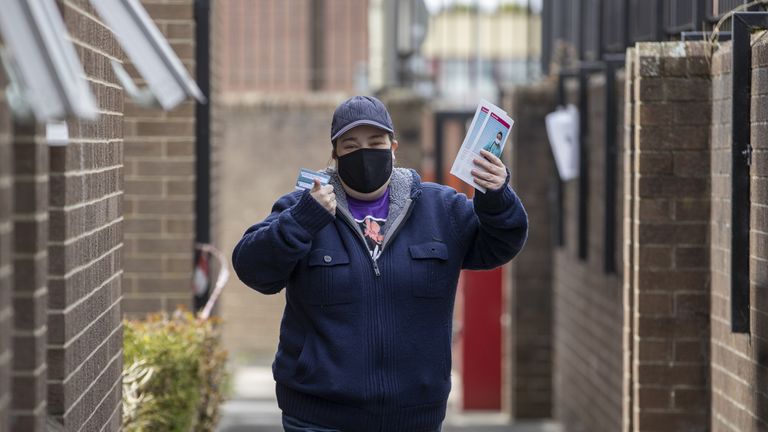 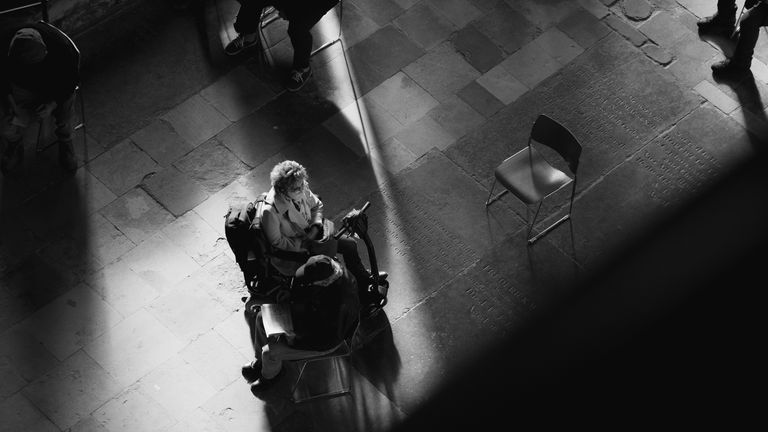 Mr McBurney, from Belfast, took the photograph in the garden on Rathlin Island – which has a population of just 75 – off the coast of Northern Ireland.

Dr Chestnutt said: “It’s been a real honour to play such a central part in the vaccine rollout programme and witness people’s physical relief as they get their first and second jabs.

“To save elderly people travelling to the clinic through snow and frosty conditions, I’ve been travelling round on boats and by car to reach the most remote corners of Northern Ireland.

“Most overwhelming has been to see how grateful everyone has been for getting their vaccine and finally seeing some light at the end of the tunnel.”

Health Secretary Matt Hancock said: “These incredible photographs show the heroic efforts of thousands of vaccinators and volunteers in every corner of the UK who have given so much to protect the most vulnerable in our society against this cruel virus.

“I urge everyone to do their bit – when you get the call, get the jab.”