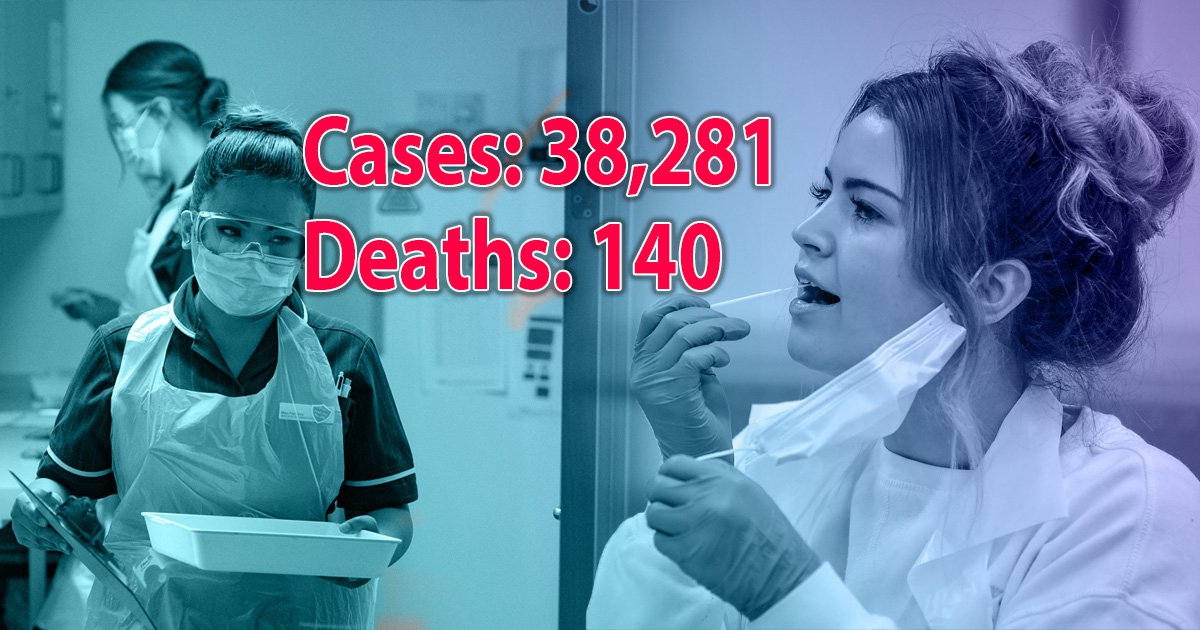 Another 140 people have died after catching Covid-19, bringing the total to 132,003, the latest figures show.

The newest figures show 38,281 new cases had been confirmed in the most recent 24-hour period, the highest count in more than a month.

It continues a steady trend of rising infections which has persisted through most of the month.

The rapid drop defied the expectations of many scientists who feared the end of social distancing restrictions would prompt another wave of cases.

Cases have consistently risen since then, with 35,663 cases and 94 deaths announced this time last week.

The most recent analysis of regional outbreaks shows that infections were continuing to rise across two-thirds of England this week.

A total of 818 people were admitted to hospital with the virus on August 22, the latest date on which figures are available.

There were 6,186 admissions in the last seven days, also a five-month high, and an increase on 471 on the previous week’s figure.

Meanwhile, new ONS data shows a total of 156,000 people have died in the UK with coronavirus mentioned on their death certificate.

More than 42 million people in the UK are now double-jabbed, while nearly 48 million have received at least one dose.

The Department of Health is planning a potential booster programme to protect against the virus and its variants but no official decision has been given yet on a potential rollout.

Ministers are expected to be issued with guidance from the Joint Committee on Vaccination and Immunisation (JCVI) in September.

Third doses could potentially be administered alongside winter flu vaccines to reach the most vulnerable.