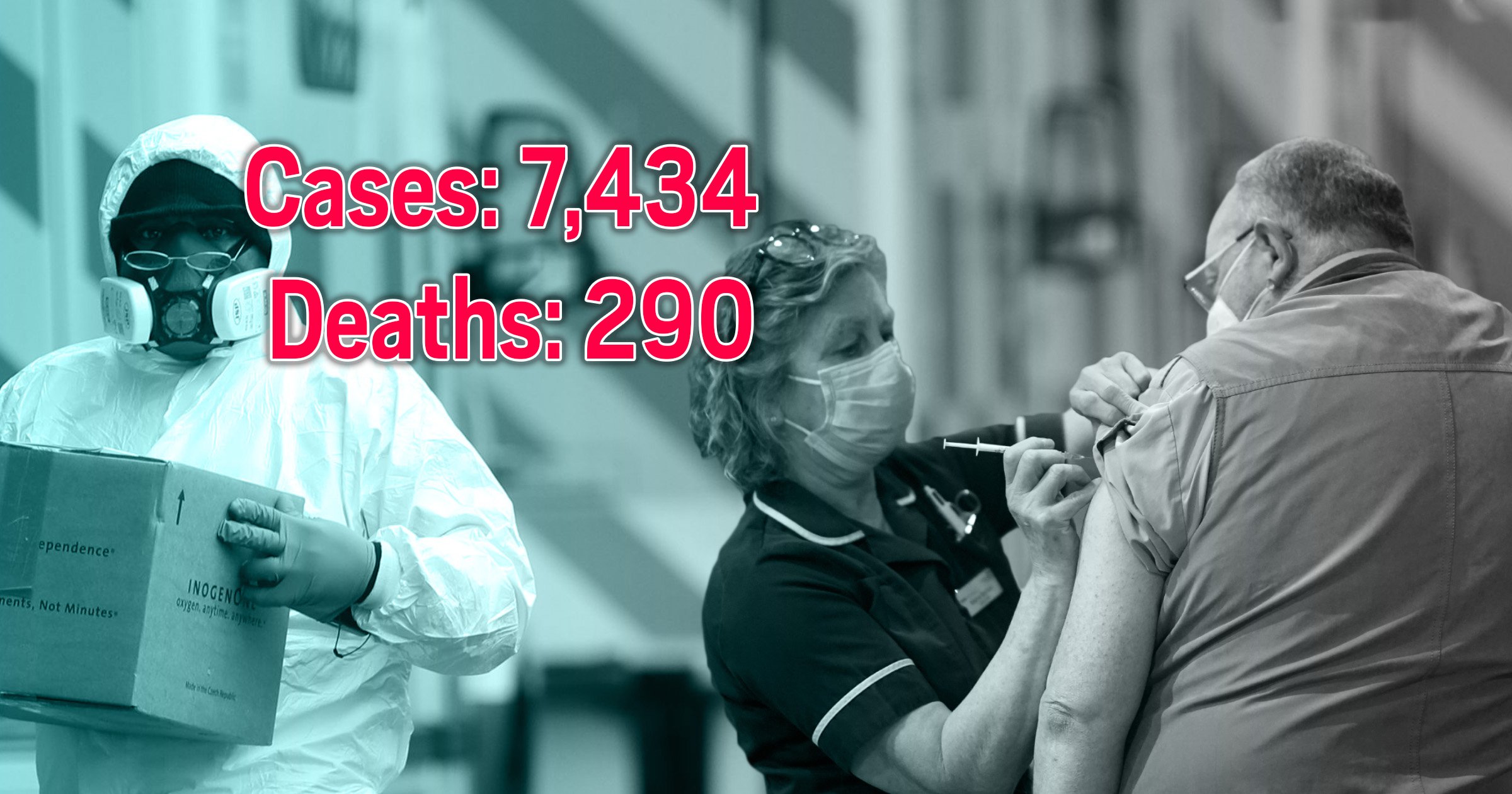 A total of 7,434 cases have been recorded in the past 24 hours, as a map shows one in five local authorities have seen a rise in infections in the last week.

Meanwhile, 19,682,048 people have now received the first dose of a coronavirus vaccine, while 768,810 have been injected with their second.

It comes as scientists and ministers defend the decision to continue the rollout of the jab by age, rather than profession.

John Apter, National Chair of the Police Federation of England and Wales, has described the move as ‘a contemptible betrayal of police officers’. He warned: ‘Their anger is palpable, this will not be forgotten.’

However, Professor Sir Mark Walport, former chief scientific adviser to the Government, has insisted the strategy ‘makes sense’ as it maximises the number of jabs on a basis of the most vulnerable.

He told BBC Breakfast: ‘The rollout is going in such an efficient way by doing it through the ages.

‘Of course, there will be many teachers, many police, who are in the 40-50 age group and indeed who will have been immunised already. So, it does make sense.

‘It’s still the case that most of the vulnerability, including in those professions which mix with a lot of people, is still with the older members of those cohorts, and so this is a strategy that maximises the number of vaccines and does it on a basis of the most vulnerable.’

Prime Minister Boris Johnson has predicted workers will be back in offices ‘in a few short months’ as the Government aims to immunise all adults by July.

Speaking at a rail industry conference via video link on Friday, he said: ‘I know that some people may imagine that all conferences are going be like this, held over Zoom, Teams or what have you and we’ve got to prepare for a new age in which people don’t move around, do things remotely, they don’t commute anymore.

‘I don’t believe it. Not for a moment. In a few short months, if all goes to plan, we in the UK are going to be reopening our economy.

‘And then believe me the British people will be consumed once again with their desire for the genuine face-to-face meeting that makes all the difference to the deal or whatever it is.

‘Never mind seeing our loved ones, going on holiday or whatever.’

Royal snub: How Sophie and Edward rejected royal name given to baby Archie