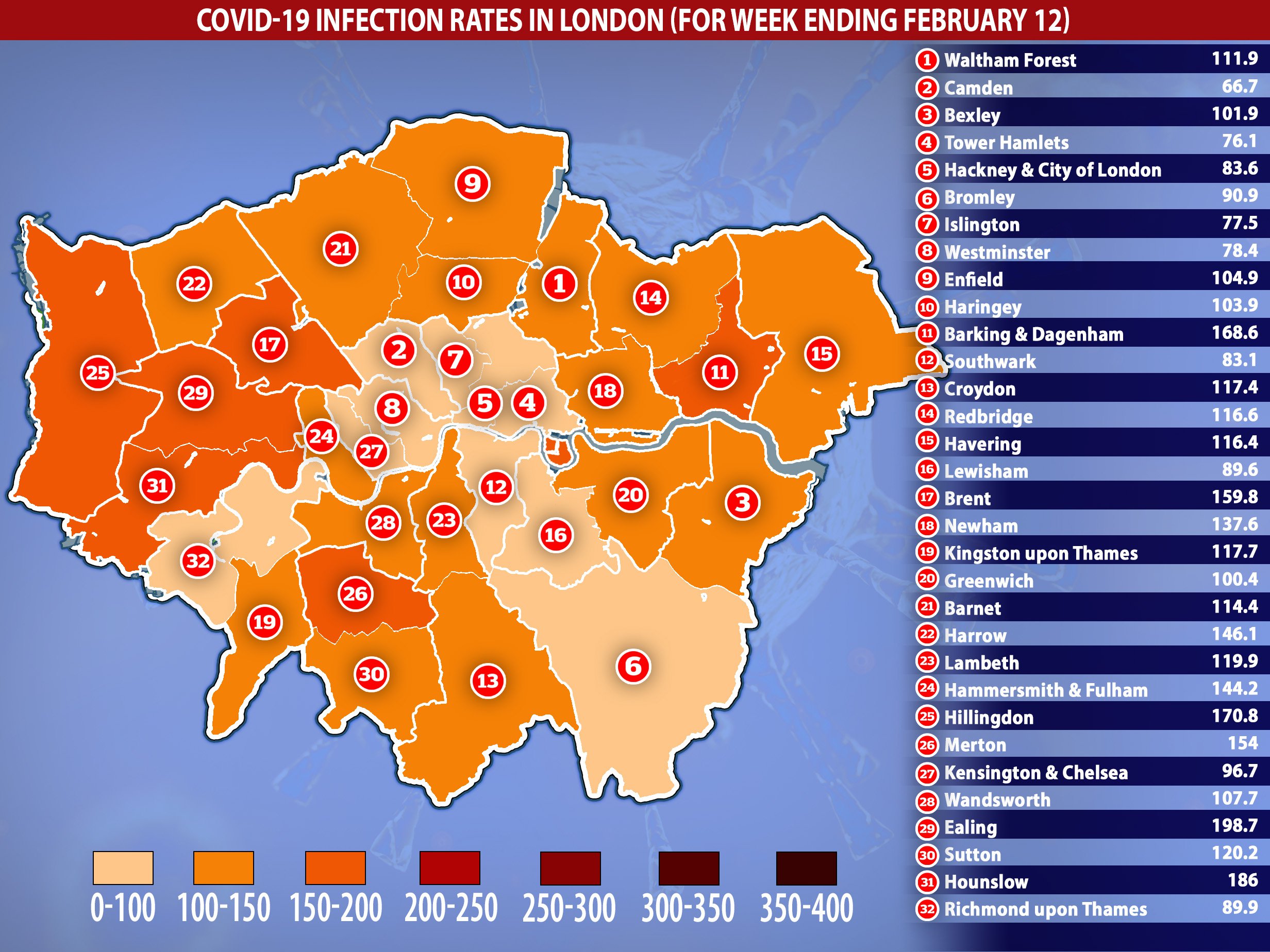 Covid-19 cases have plummeted by 80% in London since January, proving lockdown measures are working, say researchers.

According to the research, the R number is 0.72 and the number of infections is halving every 14.6 days.

London, along with the south-east and the West Midlands, saw the biggest decline in cases by 80%.

But data found infections remain high, with one in every 200 testing positive between February 4 and 13, out of more than 85,000 swab tests carried out across England.

Researchers said there is a ‘strong decline’ in cases during the five to six weeks into lockdown, but prevalence of the virus remains at levels similar to those recorded in late September.

Meanwhile, the latest Government data shows that the case rate fell by more than 40% in 25 London boroughs in one week.

Data for the most recent days, up to Thursday, has been excluded as it is incomplete and does not reflect the true number of cases.

Some of the biggest declines were recorded in deprived areas in the inner city of the capital, while all London boroughs have now dropped below a rate of 200 per 100,000 people.

Ten boroughs have dropped to a seven-day rate below 100, with Camden falling to the lowest in the capital with 66.7, followed by Tower Hamlets with 76.1 and Islington with 77.5.

Richmond saw the biggest decrease over the seven day period with a drop of 54.7%, followed by Sutton with 50.5% and Greenwich with 49.6%

The smallest drops were in Barking and Dagenham, down by 31.2%, followed by Hammersmith and Fulham by 35.4% and Haringey by 35.6%.

Xi Dines With Macron in France, and Pays a Visit to Monaco’s Prince