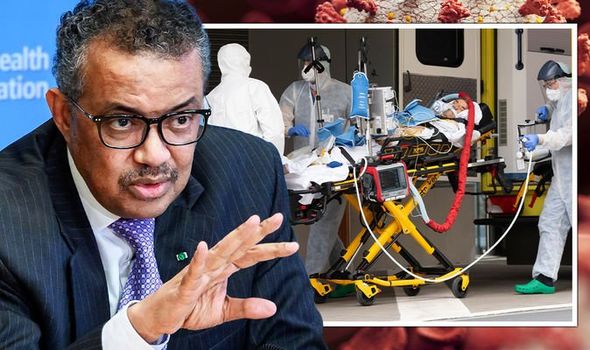 The variant was first identified on Tuesday and sparked interest due to the fact that it has an “extremely high” number of mutations. Today’s meeting will decide whether this new variant is of “interest” or of “concern”. Some world leaders have responded to the news by imposing new travel restrictions in a bid to prevent the virus from reaching their countries.

Dr Eric Feigl-Ding has reported via Twitter that a traveller from South Africa flew to Hong Kong whilst infected with the variant, but it wasn’t picked up until the travellers 4th day of quarantine and second PCR test.

He also reported that a second traveller across the hallway also had the variant and that wasn’t picked up until their 8th day of quarantine and 4th PCR test.

Both were Pfizer vaccinated.

England has added six countries in southern Africa to its red list, following concerns of a new Covid-19 variant, which could be the deadliest yet.

Flight from South Africa, Namibia, Lesotho, Botswana, Eswatini and Zimbabwe will be banned from Friday and officials are reviewing whether there should be a limited return to PCR tests.

According to sources, the new variant could pose  “a potentially significant threat to the vaccine programme which we have to protect at all costs”.