Surge testing will take place in a number of new areas across Britain as authorities attempt to get a grip on rising numbers of new Covid variants. Door-to-door testing was announced earlier this month as a response to multiple cases of the South African and UK coronavirus variants being recorded around the country. Express.co.uk has compiled a full list of all postcodes where surge testing will be conducted after new areas were today added.

Further Covid testing is being deployed in Lambeth, south London, where the South African variant has been found.

The surge testing and genomic sequencing will be conducted in the SE27 0, SE27 9 and SW16 2 postcodes.

This type of testing is aimed at helping officials understand the new and emerging Covid variants better and adjust measures to prevent the spread of the variants.

People living within these areas are being urged to take a Covid-19 test this week, whether they are showing symptoms or not. 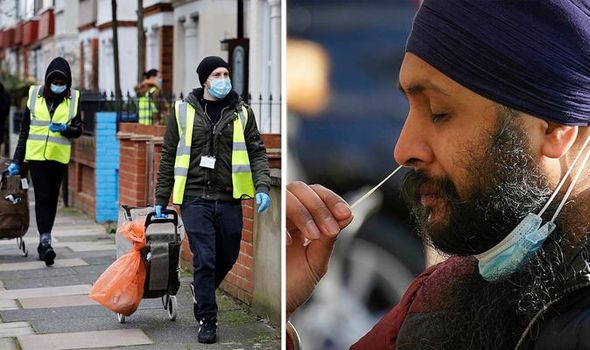 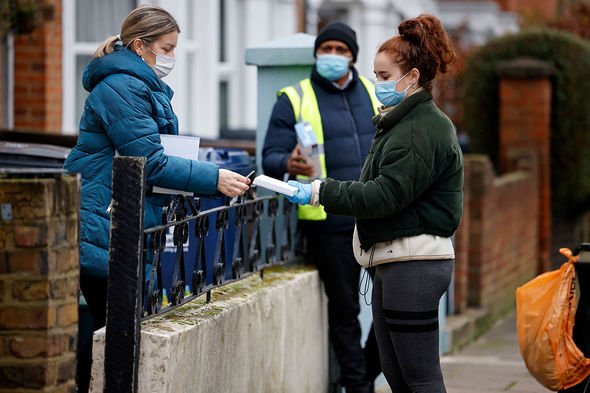 Anyone experiencing coronavirus symptoms is advised to book a test in the normal way.

But anyone who is not experiencing symptoms should visit their local council website here.

From there, people can book a test as required.

Surge testing which was mandated in Woking has now been completed according to the Department of Health and Social Care.

Data from these efforts will be shared with the public soon. 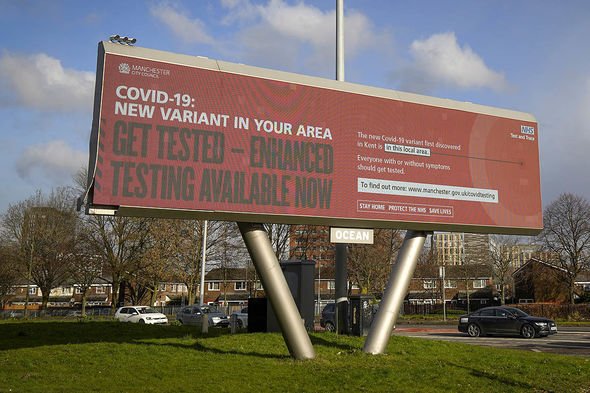 Specifically, areas across the country are being targeted where the South Afri variant and new mutation of the Kent variation have been detected.

More than 10,000 tests are being deployed in Manchester after cases of the Kent variant were found in two unconnected households.

A virus threats advisory group has classed a mutation of the Kent COVID strain found in Bristol as a “variant of concern”.

There have been 14 cases in Bristol, four cases in Manchester, and three other scattered cases.

Meanwhile, a mutation identified in Liverpool has been classed as a “variant under investigation”.

DON’T MISS
Covid vaccine: How many people are taking up the vaccine? [INSIGHT]
How many need to be vaccinated against Covid for life to be normal? [EXPLAINER]
Kent Covid variant: Mutation may ‘prolong the need for restrictions’ [ANALYSIS] 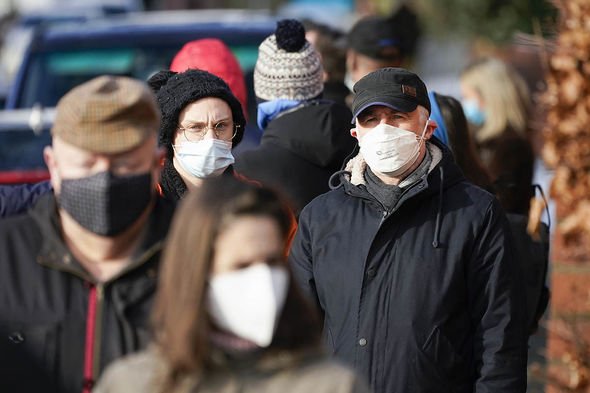 The impacted postcodes will be: 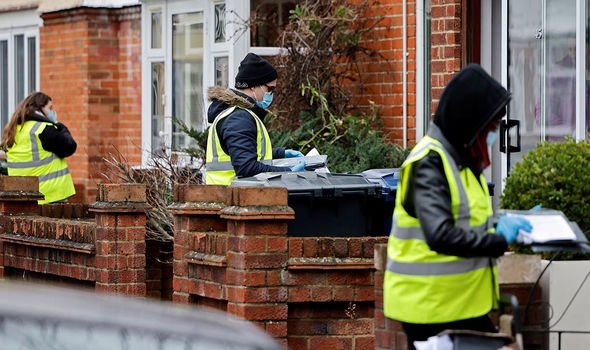 A new study released yesterday showed the new E484K mutation seen in the South African variant may prove resistant to the Oxford-Astrazeneca vaccine.

This promoted South Africa to halt the use of this vaccine in the country.

The South African Government had intended to deliver the vaccine to healthcare workers, after receiving a million doses produced by the Serum Institute of India last week.

However, South Africa’s health minister Zweli Mkhize said as the South African variant is currently accounting for more than 90 percent of Covid cades in the country, it was best to pause the use of the Oxford-AstraZeneca vaccine for now.

Speaking in an online briefing Mr Mkhize said: “The AstraZeneca vaccine will remain with us, up until the scientists give us clear indications as to what we need to do.”

He said: “Our strategy to tackle new variants has four parts.

“First, the lower the case numbers here, the fewer new variants we get.

“So the work to lower case numbers domestically is crucial.

“Second, as I set out to the House last week, is enhanced contact tracing, surge testing and genomic sequencing.

“We are putting this in place wherever a new variant is found in the community – like in Bristol, Liverpool and, as of today, Manchester.

“Third, is the work on vaccines to tackle variants, as set out yesterday by Professor Van-Tam.

“And fourth, health protection at the border to increase our security against new variants of concern arriving from abroad.”

Royal baby born: The sign the royal baby has already been born – and TWO signs it hasn’t