Home » Europe » Covid vaccines WILL be given 24 hours a day, Boris Johnson signals

The Prime Minister said round-theclock jabs will be introduced by the Government “as soon as we can”. He is understood to have given the goahead to a pilot study that will test the potential for 24/7 immunisation facilities. It will result in healthcare workers being vaccinated at the end of their shifts at all hours of the day and night. Mr Johnson delivered his latest pledge to step up the rollout of the life-saving vaccines as official figures confirmed the highest daily death toll in the pandemic so far.

The statistics showed a further 1,564 people had died within 28 days of testing positive for Covid yesterday.The grim update took the UK total to 84,767.

But, in a more positive sign, figures also showed the spread of the second wave appeared to be slowing.

Another 47,525 positive tests were confirmed yesterday, down 23 percent compared to the previous Wednesday’s total of 62,322.

Yesterday was the fourth day in a row that infections have dropped compared with the previous week. 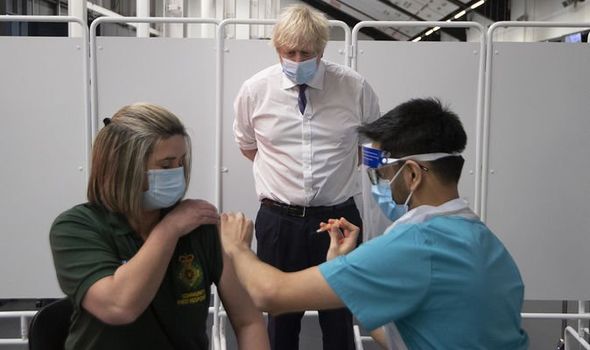 More than 2.8 million vaccines had been delivered by yesterday, according to the latest official Government figures.

Dr Yvonne Doyle, medical director at Public Health England, said: “With each passing day, more and more people are tragically losing their lives to this terrible virus, and today we have reported the highest number of deaths on a single day since the pandemic began.

“There have now been more deaths in the second wave than the first.

“About one in three people with Covid don’t show symptoms, but can still pass it on to others. So it is essential that we stay at home, minimise contact with other people and act as if you have the virus.” 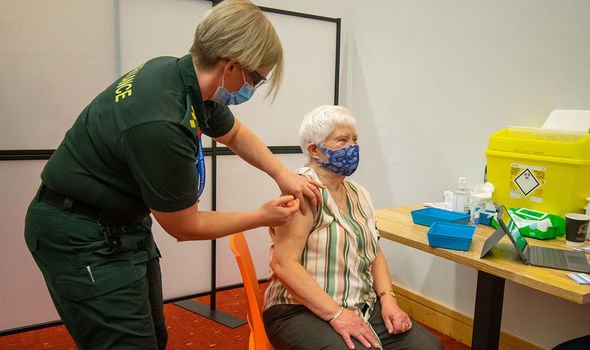 He said: “I don’t think they’re going to drop very quickly. I’m afraid we’re in a period of high death numbers that’s going to carry on for some weeks.

“It’s not going to come down quickly even if the measures that are in place now start to reduce the infection numbers. So we’re in for a pretty grim period, I’m afraid.”

Mr Johnson announced the move towards round-the-clock vaccinations at Prime Minister’s Questions in the Commons yesterday.

He told MPs: “We will be going to 24/7 as soon as we can.” Health Secretary Matt Hancock will set out details of the move “in due course”, the PM said.

He added: “At the moment the limit is on supply. We have a huge network: 233 hospitals, 1,000 GP surgeries, 200 pharmacies and 50 mass vaccination centres, and they are going exceptionally fast.” 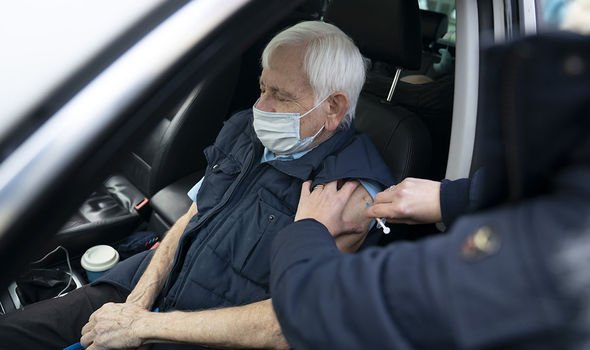 Ministers and senior officials are currently discussing how widely round-the-clock tests should be rolled out.

Some concerns have been raised in Whitehall that 24-hour vaccine centres could potentially lead to many more missed appointments.

A snap YouGov poll yesterday showed 43 percent of Britons would be willing to have their vaccine appointment between midnight and 6am. But 32 percent would turn down an appointment during those times.

The PM also refused to rule out toughening the current lockdown restrictions across England.

The PM added: “We keep things under constant review and we will continue to do so. If there is any need to toughen up restrictions, which I do not rule out, we will of course come to this House.” Striking an optimistic tone, the PM pointed to the data suggesting the lockdown measures were bringing down the infection rate.

He said: “The lockdown measures that we have in place are starting to show signs of having some effect.

“We must take account of that too, because nobody can doubt the serious damage that is done by lockdowns to people’s mental health, jobs and livelihoods.” Later,

Mr Johnson told a hearing of the Commons Liaison Committee of senior backbenchers that there was a “big, big stream of vaccines coming down the track”.

He told the committee: “This Government has secured a bigger supply of vaccines, I think both absolutely and per head, than virtually any other country in the world. 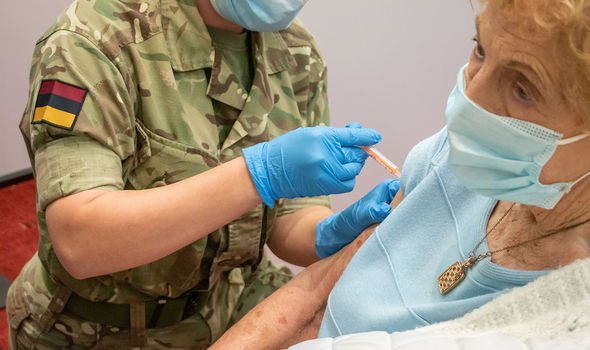 “So we have a big, big stream of vaccines coming down the track. There is also a programme to accelerate the delivery of the Oxford vaccine. The remaining Pfizer vaccine is being brought forward, the Moderna vaccine as well.

“We’re doing everything we can to bring forward the manufacturing process as fast as we can.”

He said: “We already have tough measures to protect this country from new infections coming in from abroad. We are taking steps to do that in respect of the Brazilian variant. There are lots of questions we still have about that variant.”

Whitehall insiders expect a ban on travellers coming to the UK from Brazil to be imposed as early as today.