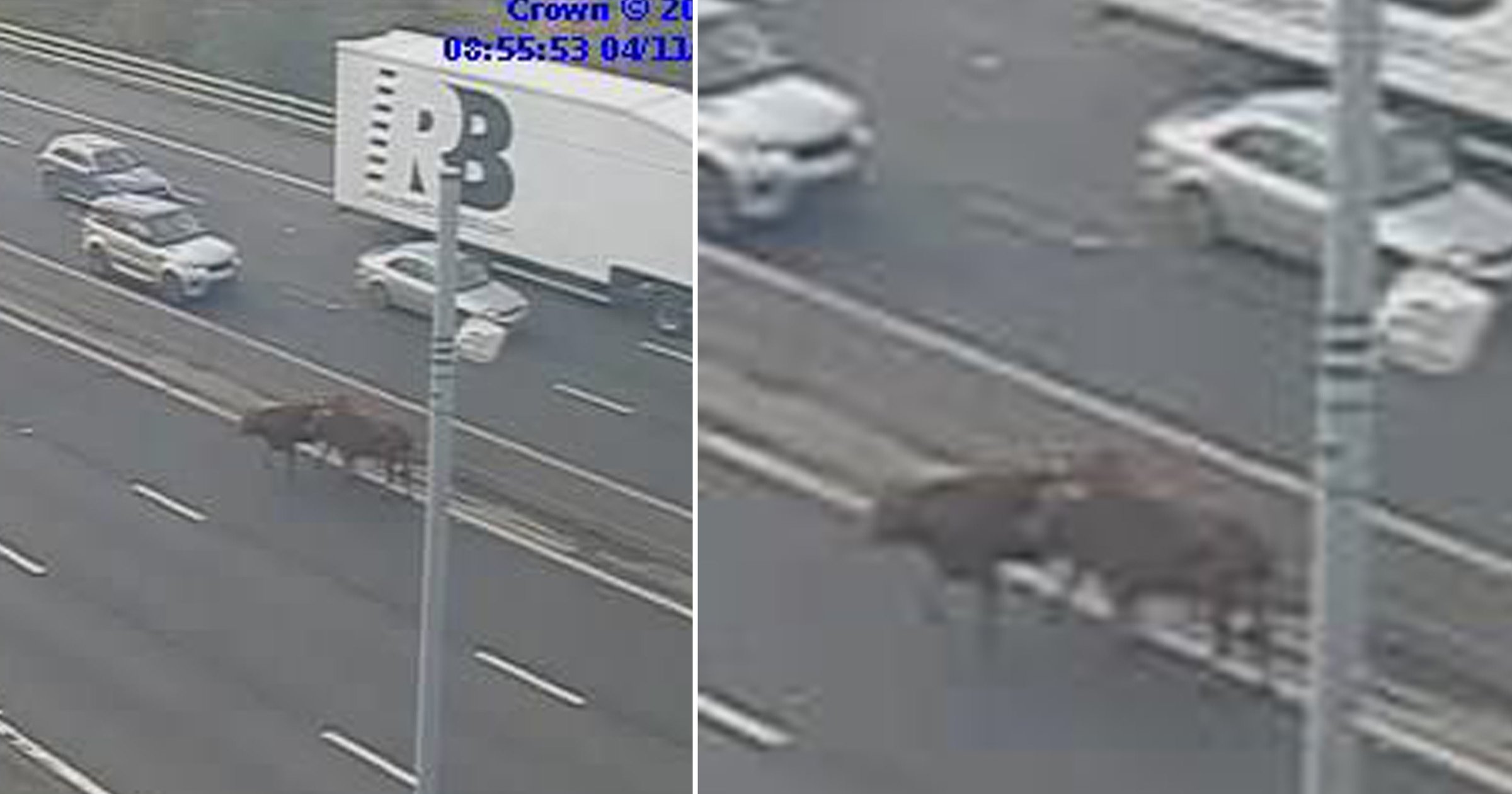 Two cows caused chaos on the M1 this morning after a car and trailer carrying the pair overturned and gave them a chance to escape.

The M1 was closed in both directions as the two animals ran wild between junctions 35 and 34, near Sheffield.

National Highways announced the incident on Twitter shortly before 9am this morning, as miles of congestion built up.

Drivers were diverted and told to rejoin the motorway via an entry slip, but the disruption since appears to have since been brought under control.

Traffic heading north was allowed to get moving again at around 10.35pm, followed by southbound traffic about 10 minutes later.

But National Highways added that lane 3 southbound will remain a closed for a bit longer for a ‘clean up’.