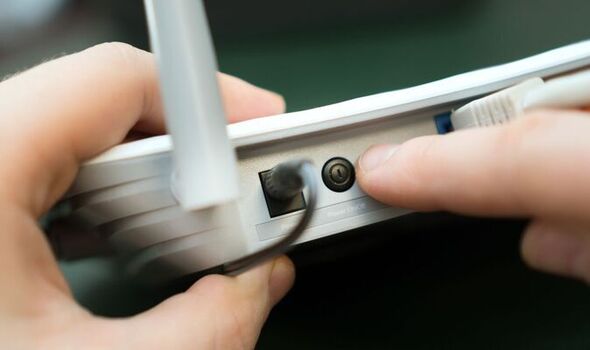 A mum has shared how she keeps her household bills down by making one simple change to her Wi-Fi.

With the cost of living biting hard, many families are desperate to find ways to keep their monthly expenses down.

Switching off appliances that are on standby can work a treat, but one mum has revealed how she takes this a step further and limits the amount of energy racked up by the household Wi-Fi router, reports The Daily Record.

TikTok user @duchessofthrift has built up a loyal following of fellow money-saving enthusiasts as she often shares simple energy-saving tips she has come across in her family life.

One of the most recent ones is implementing a “Wi-Fi curfew” so the router does not waste energy at night when nobody is using the internet.

She admitted she feels like a “bad parent” but is doing what is necessary to combat the rising cost of living, especially since she is part of a big family.

The woman explained how her kids are often up late at night using the internet, and in turn, they are using more energy elsewhere in the house doing things like cooking and boiling the kettle.

In the video, she said: “As an experiment, the Wi-Fi has gone off at night. There’s a curfew, 10 o’clock, the Wi-Fi goes off.

“The kids don’t have huge data bundles, and as a result, there’s nothing for them to do, so they’ve gone to bed.”

The TikToker explained: “There’s been several benefits to this. One, it’s easy to get them off to school in the morning.

“Two, we’ve saved money overnight – there’s no lights left on in the house, those extra boils of the kettle, the toaster, the microwave, all the things that they were using when we went to bed are no longer being used.”

She also explained that her children often fall asleep with the TV on, but because they are smart TVs, they rely on the Wi-Fi to work.

Introducing a Wi-Fi curfew and a specific bedtime for everyone in the house helps her slash bills, as she explained that the house won’t be as busy at night and less energy is wasted.

She admitted that she “didn’t think it would go down well”, but apparently the youngsters have adjusted to it and accepted the new rules.

In the comments, people praised her for the idea and many said they have seen good results from doing it themselves.

One said: “My grandson said he felt much better after good night sleep when his mom turned the Wi-Fi off.”

To which the woman replied: “My son has actually got to school on time for a full week it’s a miracle”.

And another added: “My kids have all devices removed at 11pm. At the weekend my 19 year old is on his ps4 until 3am”.

But people have been warned to do this sparingly, as Wi-Fi safety updates can often come through during the night and turning it on and off too many times could lead to problems with internet speed.