A crane carrying a religious idol at an Indian festival collapsed and killed four people.

Large crowds had gathered in the town of Nemili, in the South East of the country about 50 miles west of Chennai, for the Draupathi Amman festival yesterday.

The procession included a mobile crane, which was carrying eight people suspended about 25 feet above the ground.

The riders on the crane would be lowered to receive garlands from devotees in the crowd.

It collapsed close to the Draupathi temple, sending onlookers running in all directions.

A video from the scene shows people rushing to help the injured after the crane slams to the ground.

The four victims were identified as Chinnasamy, 60; S Bhoopalan, 40; K Muthukumar, 39; and B Jothibabu, 17. Another nine people have been injured.

Police spokeswoman Deepa Satyan said the disaster may have happened because the machinery was operating on uneven ground. 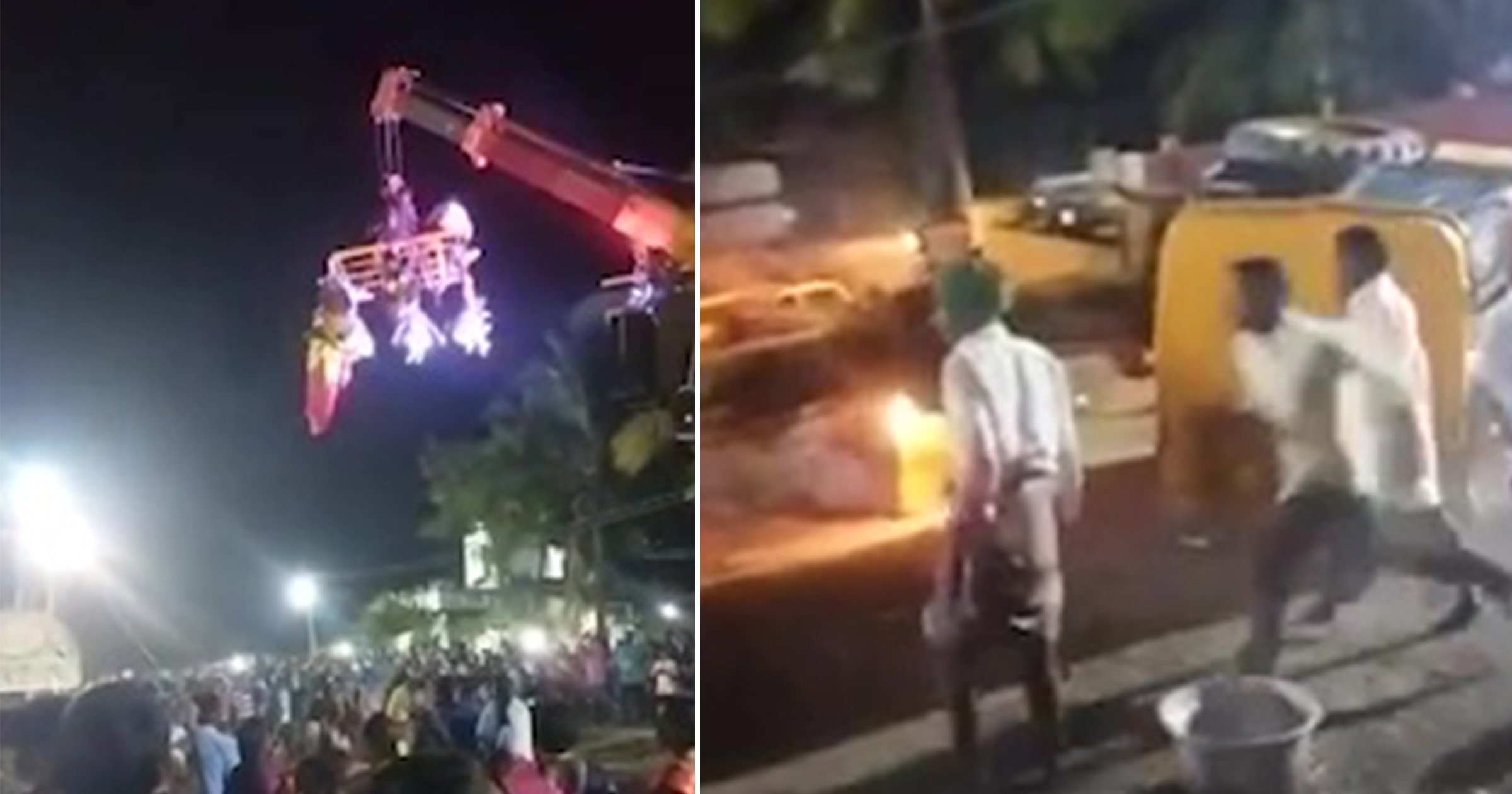 The crane’s operator has reportedly been taken into custody as the investigation continues.

At least 140 people died last October when a bridge over the Machchhu river collapsed in Gujarat, in the west of India.

Hundreds of people who in in the area for a Hindu festival were on the bridge when it gave way.

And six people, including three children, died after their necks were caught in kite strings during the Uttarayan festival in Gujarat last Wednesday.

UK energy crisis: Areas in Britain with highest bills – do YOU live in one of them?