A teenager has appeared in court over an armed incident at Crawley College which left two members of staff needing treatment.

Sandijs Dreimanis, 18, was detained following the incident on Monday after the pair were injured tackling him, drawing praise from police and the college for their bravery.

The staff were treated at a walk-in medical centre for minor injuries, which were not gunshot wounds. 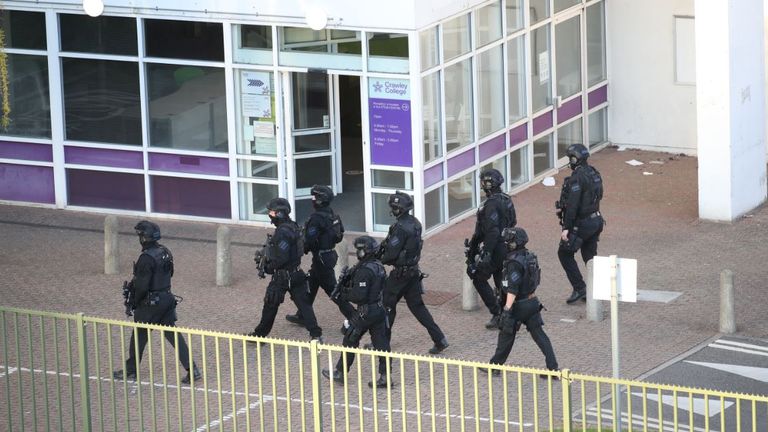 Dreimanis has been charged with possession of an imitation firearm with intent to cause fear of violence, two counts of assault occasioning actual bodily harm, and possession of a bladed article on school premises.

He appeared at Crawley Magistrates’ Court on Wednesday morning and did not enter pleas to any of the charges.

Sussex Police were liaising with counter-terror forces following the incident, but later confirmed that it is not being treated as a terrorist incident.

The incident in West Sussex saw significant numbers of armed police dispatched after officers received multiple calls shortly after 3.10pm of reports of gunshot fire at the college.

A blank firing handgun and a knife were seized at the scene. 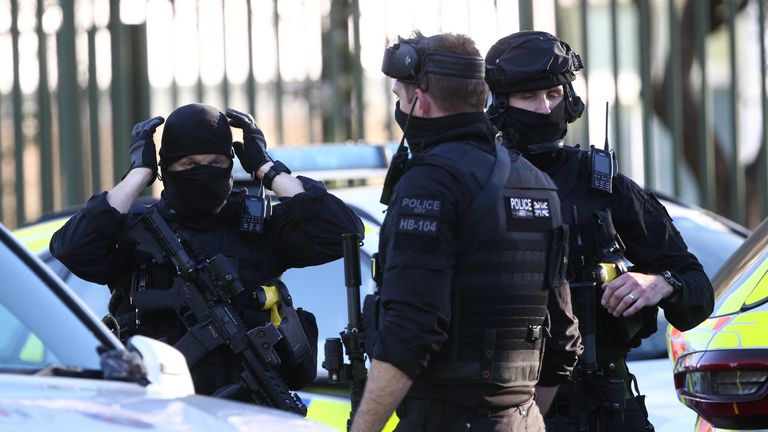 “I cannot praise the courage, resilience and support shown by our staff enough,” she said on Tuesday.

“They have been incredible and the care and compassion they shared with our students and with each other continue to fill me with admiration.

“We can confirm two members of our staff did sustain some minor injuries, which were not gunshot wounds.

“Their heroic actions, and the rapid response of emergency services, helped to protect our college community.”

Sussex Police confirmed that Crawley College will be closed until at least 29 April.

Royal snub: How ‘very few could cope’ with Palace’s treatment of Beatrice and Eugenie