It may look like a set for the next Doctor Who episode or a new horror film, but this street in Leicestershire is very much real.

Child-shaped bollards have been eerily standing to attention across the village of Stoney Stanton.

They watch stonily as cars pass by the local school.

A video of the bollards, which have been in place since 2020, went viral on Twitter this week.

Andrew Copson, posting the clip on Twitter, wrote: ‘Because no one ever believes me when I tell them that one of our neighbouring villages has made their bollards look like Midwich cuckoo style children, I have recorded the ghastly proof on video.’

The bollards have divided internet users who seem torn on whether they are a useful reminder to slow down, or a distraction that could lead to crashes.

One person responded on Twitter: ‘Village of the Damned after the council hired Medusa as a school crossing attendant.’ 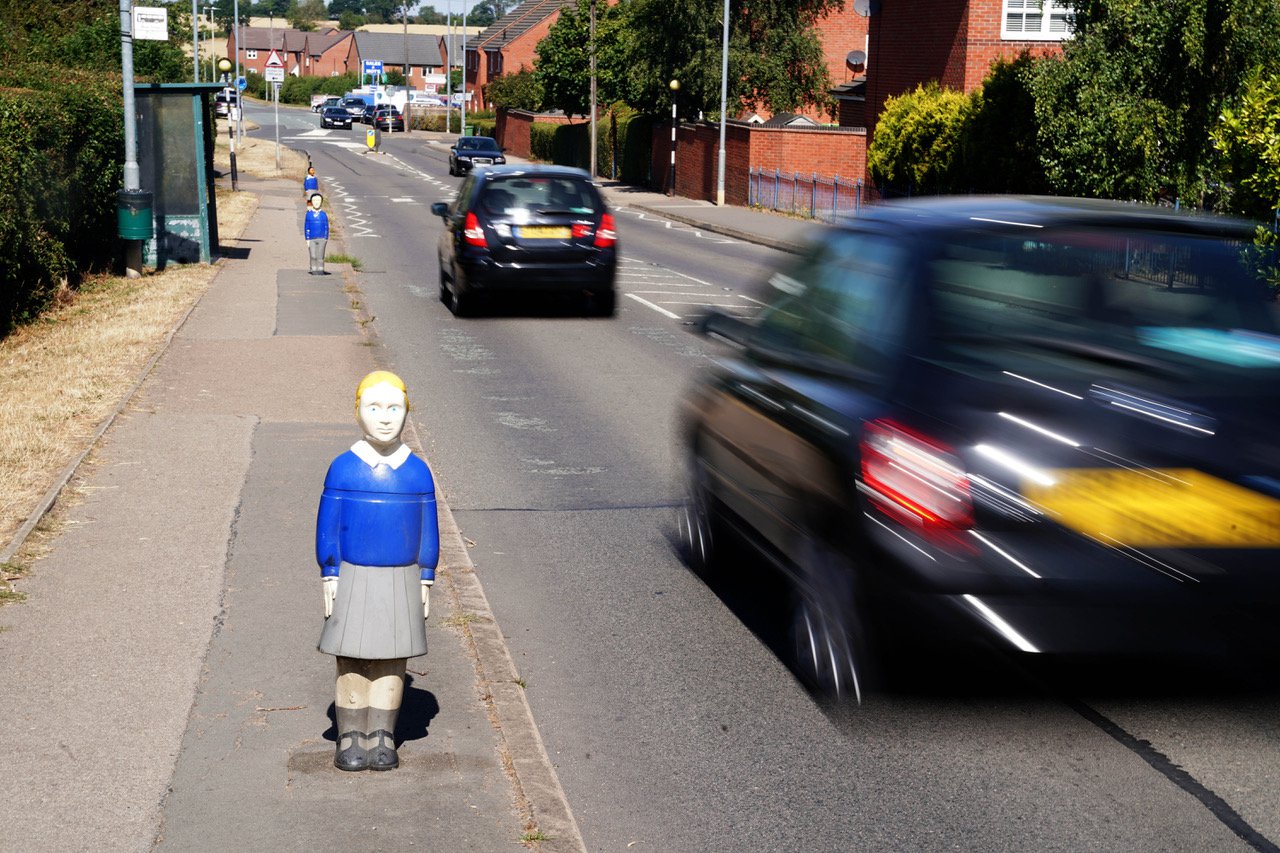 Another user joked: ‘Cue all the bus drivers pulling up for the one by the bus stop thinking it’s an actual person.’

‘Bollards of the Corn’, added another.

Similar traffic calming measures have been deployed across the country over the years.

But the creepy children-shaped creations have been likened to a wide range of horror and sci-fi villains such as Autons – Doctor Who mannequin-like baddies.

The bollards in Stoney Stanton were financed as part of the village’s drive safe initiative.

Donations had been received by Cobleys Transport and the school’s PTA to allow for them to be placed by the road in August 2020.

One local advised: ‘Oh no more scary looking children, just don’t go anywhere near them after a visit to the pub – will freak you out!’

However, others defended the bollards.

Matthew Streuli said: ‘As someone who has been hit on a crossing, I’m very grateful for these bollards. It shows schools, local councillors and parents trying to highlight the school zone area to the many vehicles that use our parish as a cut-through oblivious to our schools.

‘We are trying to save lives. Lots of people are happy to complain but I don’t see them fighting for change or offering any funding.’

Stoney Stanton Parish Council has been contacted by Metro.co.uk for comment.

New Year Honours list IN FULL: Who has been honoured by Queen? Every single award