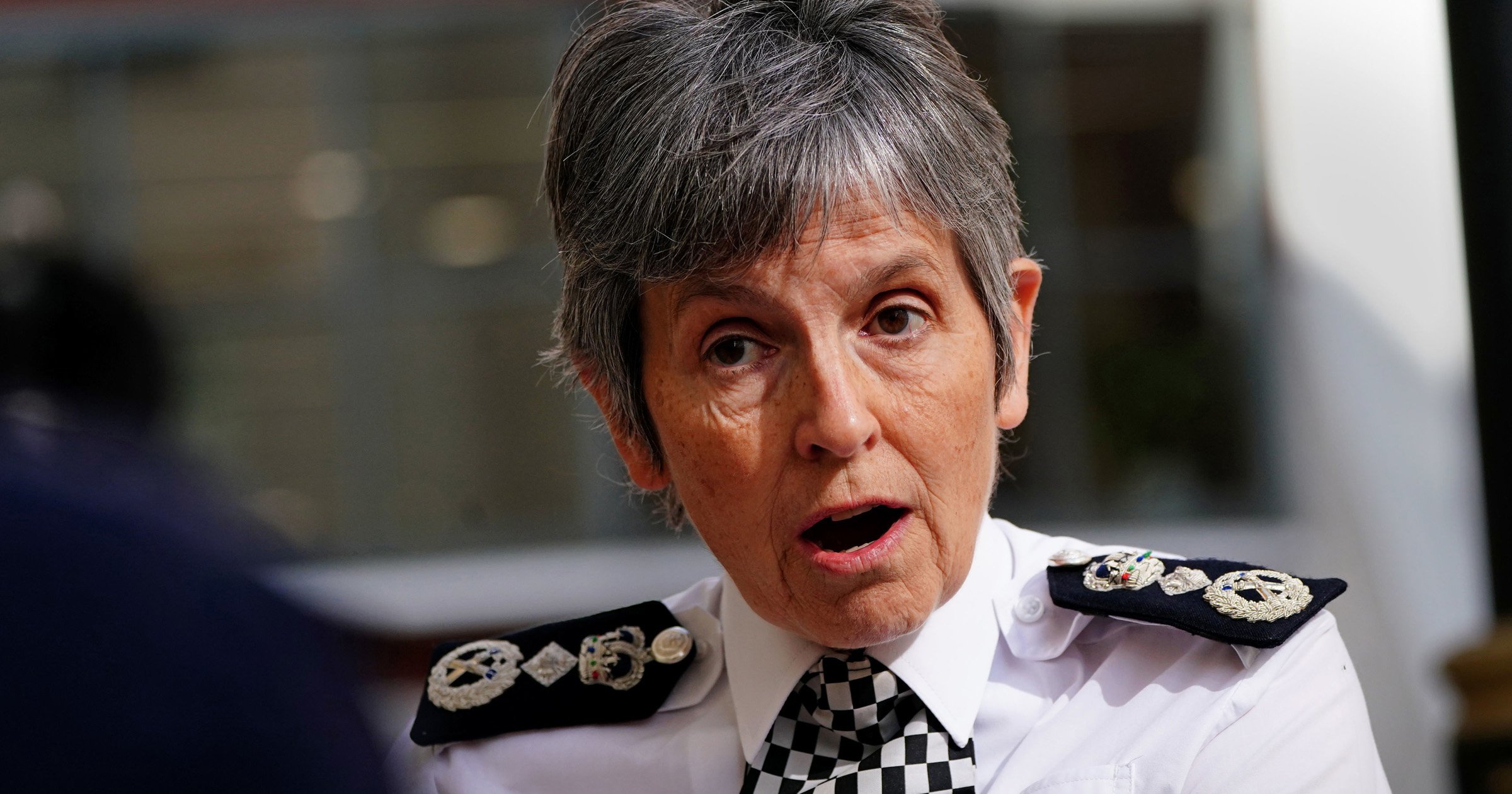 Cressida Dick has defended much-maligned advice to women to ‘wave down a bus’ if they are concerned they are being detained by someone impersonating a police officer.

The Met published the guidance in the wake of the sentencing of Wayne Couzens, who used his official warrant card and handcuffs to abduct Sarah Everard.

Commissioner Cressida Dick, who is under intense pressure to resign, said the advice was ‘taken out of context’ after being accused of a tone-deaf response by many.

The advice suggested women should ask for radio confirmation the officer was acting lawfully and wait for uniformed officers to arrive before consenting to being arrested in the first instance.

If all else fails and a person still feels in ‘real and imminent danger’, they were told you ‘must seek assistance – shouting out to a passer-by, running into a house, knocking on a door, waving a bus down or if you are in the position to do so calling 999’

Many pointed out the advice would have done nothing to help Sarah Everard, who was murdered by a serving officer using police-issue equipment.

Defending the comments, the commissioner said: ‘So I think this was rather taken out of context.

‘I think we all realise that a lone woman being approached by a man in plain clothes, reporting to be a police officer, might be concerning and my officers, my male officers, understand that absolutely.

‘It will be rare for a woman to meet a single, plain clothes officer. I can’t rule it out but it will be a rare occurrence. The officer will be sensitive to the fact that the person may be concerned.’

Yesterday, the commissioner announced an independent investigation would be carried out into culture and standards in Britain’s largest police force.

She added the officer in question will identify themselves, be happy to answer questions but the woman in question could ask the officer to get in touch with the control room and ‘in extremis she may wish to seek other help’ if she is still worried.

She said ‘the vast majority of my police officers are good people’, adding: ‘They’re doing their very best in sometimes difficult circumstances… they will want to assist the woman to feel safe and comfortable in that encounter.’

It emerged over the weekend that Wayne Couzens was the 27th Metropolitan Police officer to be convicted of a sex crime in just five years.

Five have carried out sex offences while on duty since 2010 and one individual was recruited last year despite a conviction for indecent exposure, according to the Mirror.

Baroness Nuala O’Loan, whose inquiry into Daniel Morgan’s murder concluded that the Met was ‘institutionally corrupt’, added her voice to the wave of criticism on Monday, stating that the advice to flag down a bus was ‘ludicrous’.

Speaking to Radio 4’s World At One programme, she said: ‘If I were on my own and in the kind of situation which Sarah Everard was, I think I would be afraid. I think if my fear wasn’t reassured very quickly then I would be dialling 999.

‘This girl had nowhere to run, nowhere to go, no buses to hail, and he took her. So it does leave women in a very, very vulnerable position.’

Questioned over whether she trusted the Met to address the issues raised by the Everard case, the baroness said her inquiry highlighted issues over vetting, anti-corruption and the ethical culture of the force but members ‘have not seen immediate action’.

Police chief sick of assaults on officers arms EVERY one with a 50,000 volt stun gun