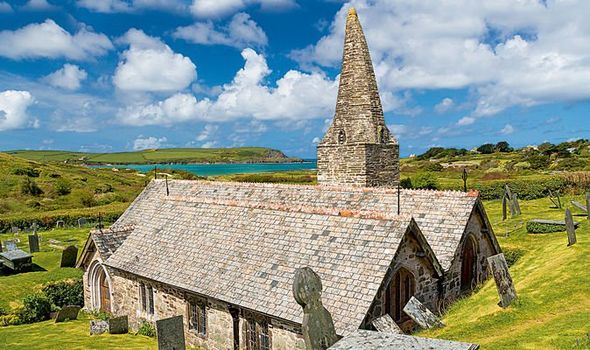 Overlooking fields of ripening wheat, the 800-year-old honey coloured building seemed that day to embody the timeless beauty of the British countryside. The knowledge that countless other couples had stood on the same spot to take their vows was humbling too. That church is just one of 10,000 similar places of worship scattered across the nation’s rural landscape. But today they face a raft of threats that could destroy the magic.

This month a 300-year-old bell was stolen from the tiny 15th-century Bremilham Church, Wiltshire. The 12ft-sq Grade II-listed chapel, hidden away in a farmyard, was targeted despite being the smallest in the country still in use.

Rural churches are facing a crime epidemic. Recent figures from Historic England show nearly half have fallen victim to pilfering, with the nationwide repair bill running into millions.

As the price of scrap metal has soared, professional gangs have moved in, according to the National Crime Agency, sometimes using sophisticated technology, including drones, to plan heists and getaways. The NCA also reports offenders becoming more violent. Burglars recently smashed up 900-year-old Pendock Old Church in Worcs, including the church’s organ once played by composer Sir Edward Elgar.

Some 37 churches a month have valuable lead ripped from their roofs.

In one example, 20 tons of lead was removed from the Grade I-listed All Saints’ in Houghton Conquest, Bedfordshire, costing £400,000 to replace. Another Wiltshire church, St Peter’s in Stourton which dates to 1290, had its roof stolen a second time after the local community had raised £160,000 to restore it.

The Church Conservation Trust says raids on its at-risk properties have soared by 75 percent. It’s not just the roofs either. Historic England says thieves are taking guttering, downpipes and even lightning conductors, as well as stone walling and paving. 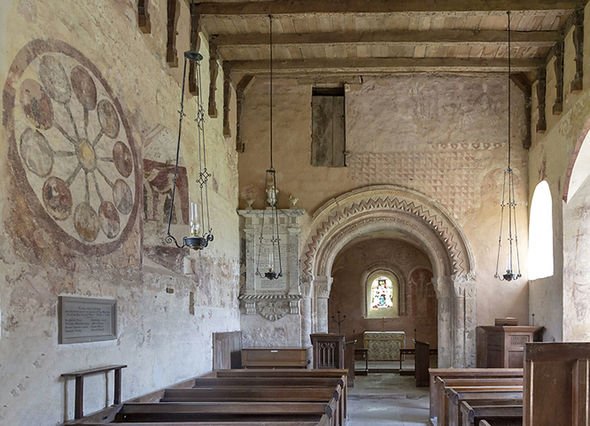 This doesn’t help efforts to preserve our rural churches, 90 percent of which have listed status. Many are crumbling and they cost £55million a year to maintain, mostly funded by parishioners.

Rural churches already face dwindling congregations with a quarter having an average of fewer than 16 regular worshippers. Many now have intermittent services held by a handful of hard-worked clergy and some are locked during the day despite the valiant efforts of locals to keep them open. I believe it’s essential to keep them going. You don’t have to be religious to care. A recent survey found 80 percent of people consider churches to be an important part of the country’s heritage and history – many more than use them to pray.

This is because, for centuries, they have been at the centre of rural communities from weddings to funerals and baptisms to the ringing of church bells on VE Day.

They’re stuffed with carvings, flags, monuments, memorials and tombs. Simon Jenkins, author of a book about the best 1,000, describes them as the: “Museum of England.” And he’s an atheist. 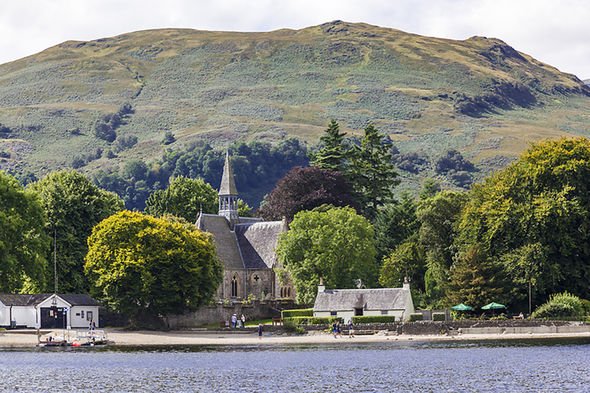 The list goes on. Writer John Betjeman couldn’t pass a rural church without going in and felt that we couldn’t afford to lose a single one. A landscape without them would be like a “necklace with a jewel missing”. He himself is buried at St Enodoc Church, Trebetherick, romantically set among sand dunes in Cornwall.

American writer Bill Bryson says: “It is impossible to overstate the importance of churches to this country. Nothing else in the built environment has the emotional and spiritual resonance, the architectural distinction, the ancient, reassuring solidity of a parish church. To me, they are the physical embodiment of all that is best and most enduring in Britain.” 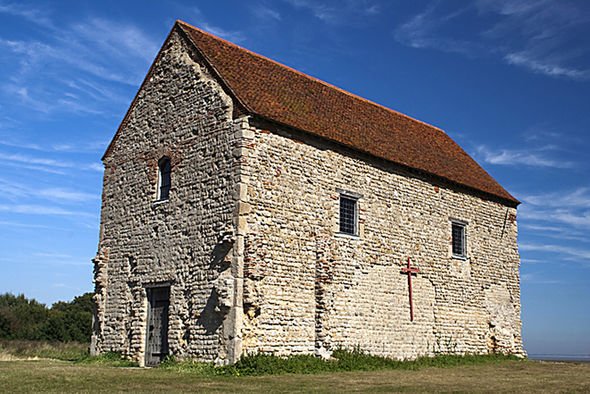 Rural churches come in all shapes and sizes, built of all sorts of materials and there are countless beautiful examples.

Take St Mary’s, Kempley, in Gloucestershire famous for its preserved medieval wall paintings, or the huge St Peter and St Paul’s church of Salle, Norfolk, which dwarfs its village. There’s the tiny Chapel of St Peter-on-the-Wall in Bradwell-on-Sea which dates to the 7th century and the parish church in Ashbrittle, Somerset, with its 4,000-year-old yew tree.

Not all are Anglican or valuable due to their age. In Lamb Holm on the Orkney Islands there’s a stunningly ornate Roman Catholic chapel built by Italian POWs during the Second World War. Then there are those popular for celebrity weddings, like Scotland’s Luss church on the banks of Loch Lomond, and ones made famous by movies, like St Michael’s in Betchworth, Surrey, featured in Four Weddings And A Funeral, or the mysterious Rosslyn Chapel from the Da Vinci Code.

Our great cathedrals might have majesty and dominate the landscape, but it’s rural churches that capture Britain’s bucolic spirit. The 2017 Taylor review into church sustainability concluded they need to become social hubs to survive and many are starting to embrace this advice running cafes, shops, toddler groups and exercise classes. St Leonards in Yarpole, Herefordshire, is just one of those that now acts as a post office.

Some commentators propose more drastic action. Simon Jenkins believes they should be nationalised so they can be used for community activities rather than primarily for religion. Anglican priest Giles Fraser thinks the church should let many of them go, in the way Dr Beeching cut the railways in the 1960s, though this seems drastic to me. Many of the lines he axed are now badly missed.

There is hope. Police recently convicted some serial church thieves who have been handed hefty sentences. Many lead roofs are now being replaced with cheaper zinc or aluminium to deter criminals. The Church of England is designating some buildings as ‘festival churches’ to be used for Christmas, Easter and weddings.

Meanwhile a website run by the National Churches Trust www.explorechurches.org is a great tool to start discovering them. The more visitors they get, the more likely we are to hang on to them.

In his poem Church Going, Philip Larkin wrote about his habit of just dropping in to ones he found on his travels concluding: “It pleases me to stand in silence here.” Whether you believe in God or not, next time you’re passing it’s always worth taking a quick look. You never know what you might find. Just remember to leave a coin or two in the collection box.

Aleksander Doba, Who Kayaked Across the Atlantic, Dies at 74