Ronaldo signed for Manchester United in August from Italian giants Juventus and after two weeks of anticipation, the 36-year-old stepped out at his old stomping ground in a red shirt for the first time since the Champions League final against Barcelona in 2009. Newcastle pulled a goal back early in the second half but Ronaldo scored his second after a surging run from England full-back Luke Shaw.

Goals from Bruno Fernandes and substitute Jesse Lingard sealed the win, but it was all about Ronaldo – who was cheered on by a home crowd which included his former manager Sir Alex Ferguson, outgoing vice-chairman Ed Woodward, co-chairman Avram Glazer and former teammate Ryan Giggs.

From the moment Ronaldo stepped off the team coach, his every move and touch was cheered with Ronaldo 7 shirts worn by many.

However, his appearance also sparked a plane banner protest, with a message being flown over Old Trafford in support of a woman who has accused Ronaldo of rape – an allegation he denies.

The banner, which read “Believe Kathryn Mayorga”, referred to allegations of rape made against the Portuguese international footballer in 2009. 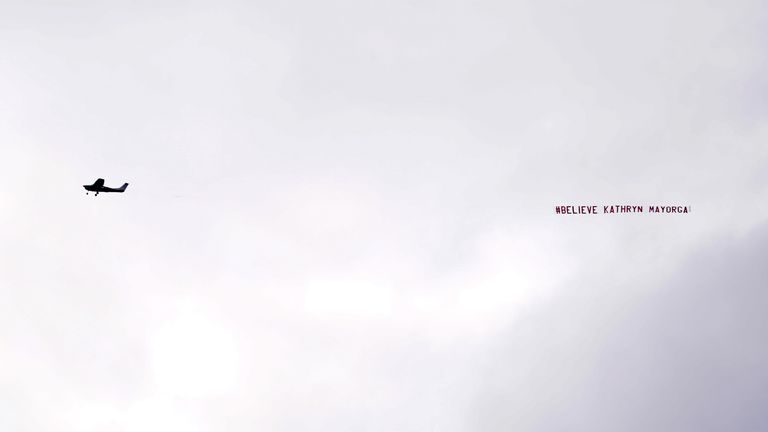 Feminist campaign group Level Up claimed responsibility for the stunt and said a “culture of silence” had been created around Ronaldo.

Ms Mayorga alleges the Premier League superstar assaulted her in a hotel suite bedroom after she met him in a nightclub in Las Vegas.

Ronaldo maintains the sex was consensual. 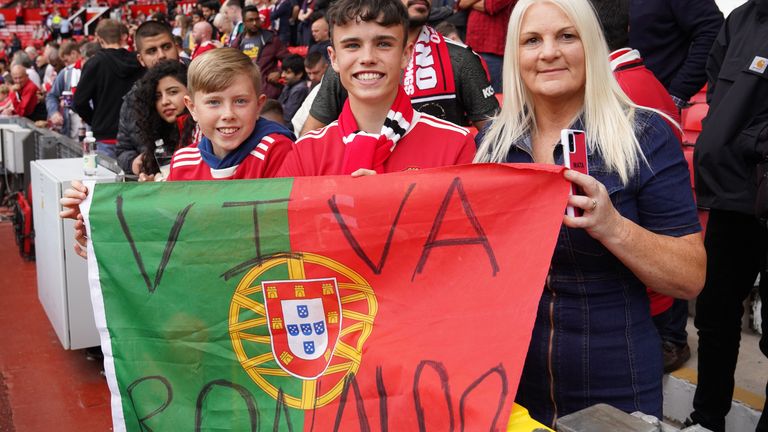 Despite the plane protest, fans continued to cheer the footballer’s every touch throughout the match.

Teammate Marcus Rashford, who is currently out of the team after undergoing shoulder surgery, celebrated his goals and tweeted: “Like he never left.” The six-time Ballon d’Or winner signed for the Manchester United for an initial €15m (£12.86m), which could later be increased by €8m (£6.86m) on a two-year contract, with an option for a third year.

Euro 2020: Kane, Maguire and Grealish all break their silence as the dust settles on the final

Face masks UK: What are the rules in England, Northern Ireland, Scotland and Wales?