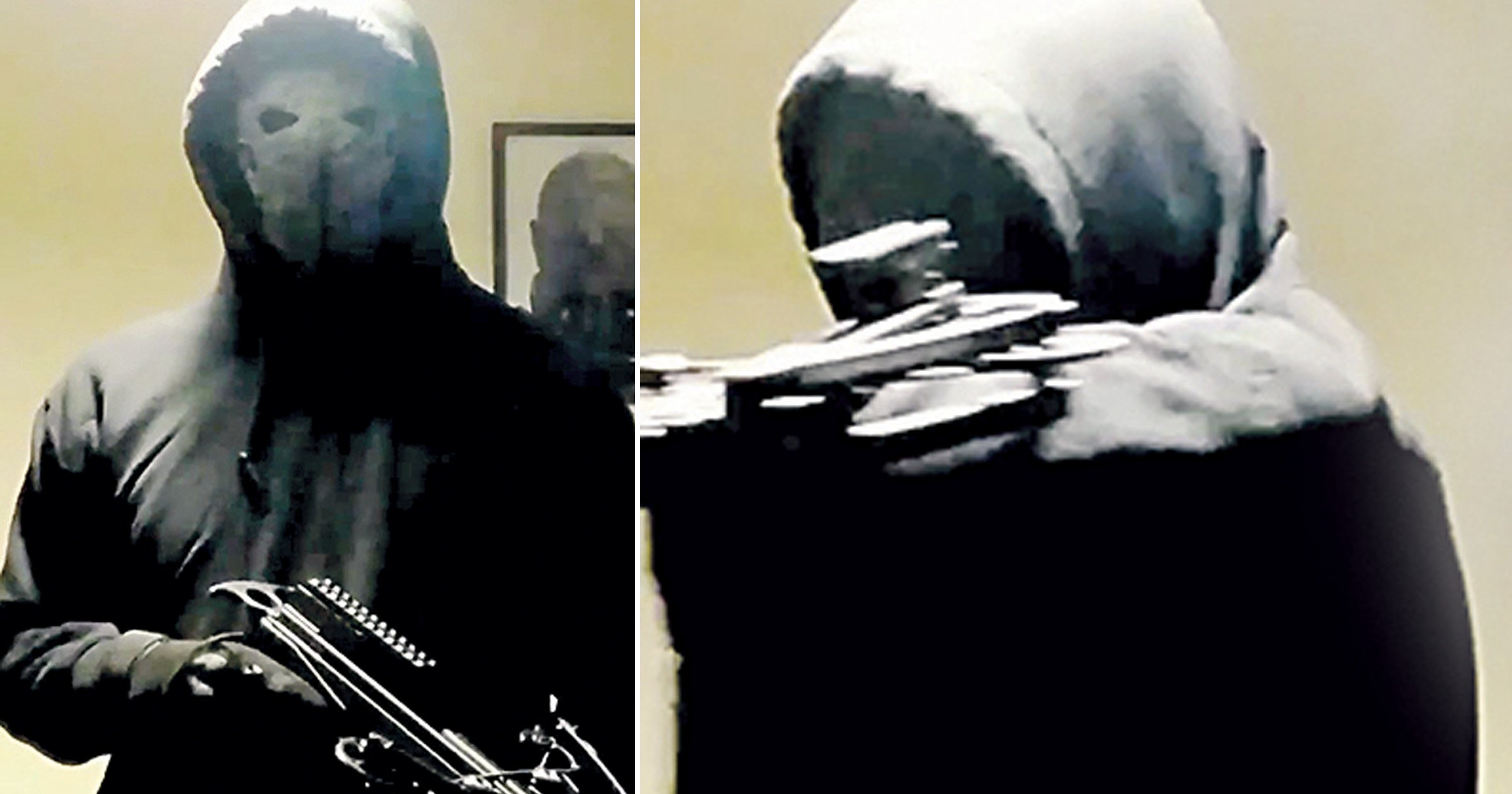 Disturbing footage shows a masked man holding a crossbow threatening to ‘assassinate the Queen’ in a ‘revenge’ mission.

The shocking video allegedly shows the man, 19, accused of scaling a spiked fence with a rope ladder and crossbow at Windsor Castle on Christmas Day.

Jaswant Singh Chail was detained under the Mental Health Act following the security breach while Her Majesty was in.

The footage, obtained by The Sun, was sent from his Snapchat account 24 minutes before the incident.

It is thought to be inspired by Star Wars, with the figure speaking in a sinister distorted voice while wearing a black hoodie.

The masked man says: ‘I’m sorry. I’m sorry for what I’ve done and what I will do. I will attempt to assassinate Elizabeth, Queen of the Royal Family.

‘I’m an Indian Sikh, a Sith. My name was Jaswant Singh Chail, my name is Darth Jones.’

The Jallianwala Bagh Massacre, or the Amritsar massacre, is one of the bloodiest massacres in British history.

Protesters peacefully demonstrated against British colonial rule on 13 April 1919, but were blocked inside the walled Jallianwala Gardens and fired upon by British colonial troops. Estimates of the number of people killed vary from 379 to 1,526.

Siths are ancient enemies of the Jedi Knights and are devoted to the dark side in Star Wars.

‘Darth Jones’ could be referring to James Earl Jones, the voice of Darth Vader in the original trilogy, released between 1977 and 1983.

A message alongside the video added: ‘I’m sorry to all of those who I have wronged or lied to.

‘If you have received this then my death is near. Please share this with whoever and if possible get it to the news if they’re interested.’

The Queen spent her first Christmas without beloved husband Prince Philip at Windsor Castle after cancelling her plan to go to Sandringham amid the pandemic.

She is believed to have had lunch with the Prince of Wales and the Duchess of Cornwall, and the Earl and Countess of Wessex.

The Met would not comment on who appeared in the video, but a spokesperson said: ‘Following the man’s arrest, detectives are assessing the contents of a video.’