BRUSSELS — Cyprus and Malta will face European Union penalties if they do not abandon lucrative programs that sell “golden passports” to foreigners, the bloc says, a long-anticipated crackdown on a practice that in certain cases furnished foreigners — some accused of crimes in their home countries — with travel documents.

The European Commission, the bloc’s administrative branch, has for years had the two nations in its cross hairs over the practice, and its hand was forced by recent revelations of highly placed politicians being involved in the programs.

Most recently, an Al Jazeera investigation in Cyprus purported to show egregious practices by prominent politicians that could enable rich people with criminal records to acquire E.U. passports through citizenship of the two countries, offering them legal protections and the right to freely travel in the bloc.

The initiatives have brought a windfall to the two island nations over the years. Both are known for lax financial regulation frameworks and have a history of building opaque banking systems that have been used for money laundering and tax avoidance, particularly by Russian and Asian billionaires

Bulgaria, which is also operating a pay-for-passports program, is being investigated by the commission and could face similar legal action down the line. And while the Cypriot and Maltese initiatives are the most notorious in the bloc, most E.U. countries offer residency-for-investment programs that have been criticized by anticorruption activists and by the bloc itself. Twenty of its 27 members give foreign investors residency rights in exchange for payment, which in some cases put the investors on a path to full citizenship.

In a 2018 report, the anticorruption organization Global Witness found that 100,000 people had made use of such initiatives, known as “golden visas,” to acquire legal residence in European Union countries. A 2019 European Commission report said that even the lighter programs, which offered residence benefits to investors, were a cause for concern and risked being abused. 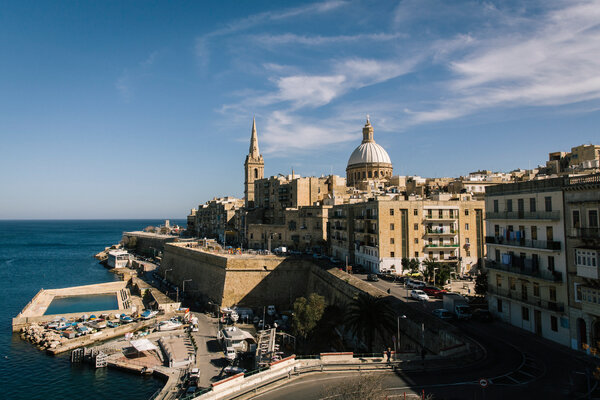 In announcing its decision to open infringement proceedings against Cyprus and Malta, the commission said in a statement on Tuesday that “the granting of E.U. citizenship for predetermined payments or investments without any genuine link with the member states concerned undermines the essence of E.U. citizenship.”

The infringement process is fairly lengthy. The first stage consists of information exchanges between the European Commission and the countries in question, and the countries’ authorities have two months to reply to the accusations. If the responses are not “satisfactory,” then the commission can up the ante, making penalties more likely.

Any punishment for Cyprus and Malta will come only if they do not scrap the programs by the end of the process.

Cyprus, which went bankrupt in 2013, promised to overhaul its banking sector and introduce stronger safeguards in exchange for a bailout from other European countries and the International Monetary Fund. While many commercial banks were subject to overhauls, the passport program was seen as a new way of doing business with clientele that had previously relied on the island’s opaque financial services.

The “golden passport” plans also offered the island economies with limited resources and small industrial, agricultural and manufacturing sectors a source of state revenue that avoided investing in other sectors or raising taxes. And in the cases of both Cyprus and Malta, it played to their strengths as financial services centers with significant expert work forces.

Since Cyprus began its current program in 2013, it has issued about 4,000 passports, raising 7 billion euros, or around $8.2 billion, in revenue. The program allows foreigners to get a Cypriot passport in exchange for at least €2 million investment in the country, usually in real estate, with minimal additional requirements and a light-touch oversight process.

The country last year stripped 26 people from Cambodia, Iran, Malaysia and Russia of recently granted passports, most prominent among them Jho Low, a Malaysian financier on the run for a major financial scandal known as 1MDB.

Last week, Cyprus said that it would end its golden passport program as of Nov. 1 but that it would continue to process the backlog of applications. And while the government acknowledged that the initiative had been abused, it denied any wrongdoing.

In Malta, Prime Minister Robert Abela spoke out in favor of its program on Monday in anticipation of the E.U. legal action. “We will be defending Malta,” he said, according to local news media.

Mr. Abela also pointed to the financial lift that it had given the country. “Had it not been for the contributions from that program, which we are in the process of winding down, we would probably not have been in a position to present a budget of this scale,” Mr. Abela said.

Malta’s program was started in 2014, and by mid-2017 had issued more than 2,000 passports and raised €718 million, according to the 2018 Global Witness report. The office that oversees the Maltese program did not reply to a New York Times request on Tuesday for more up-to-date information and comment.

The European Commission seemed unconvinced by pledges to end the program in Cyprus and overhaul it in Malta.

“Malta in fact informed the commission that it envisages the prolongation of citizenship for investment,” a spokesman, Christian Wigand, said on Tuesday. “And while Cyprus very recently announced it will end its current scheme as of 1st of November, it will continue to process pending applications.”

“We understand there are already calls regarding the introduction of new schemes,” Mr. Wigand added. “Such schemes are in violation of E.U. law, and this is why we are launching the infringements today.”

Activists welcomed the news on Tuesday. “For years, the governments of both countries have ignored public outrage,” Laure Brillaud of Transparency International E.U. said in a statement. “The European Commission’s decision means they could find themselves in the European Court of Justice unless both countries take swift action to end the abuse.”

“We are hopeful that the infringement procedures will be complemented by the urgent and necessary E.U.-wide reform,” she added. “The European Commission should present a plan for phasing out the golden visa schemes as the next step.”