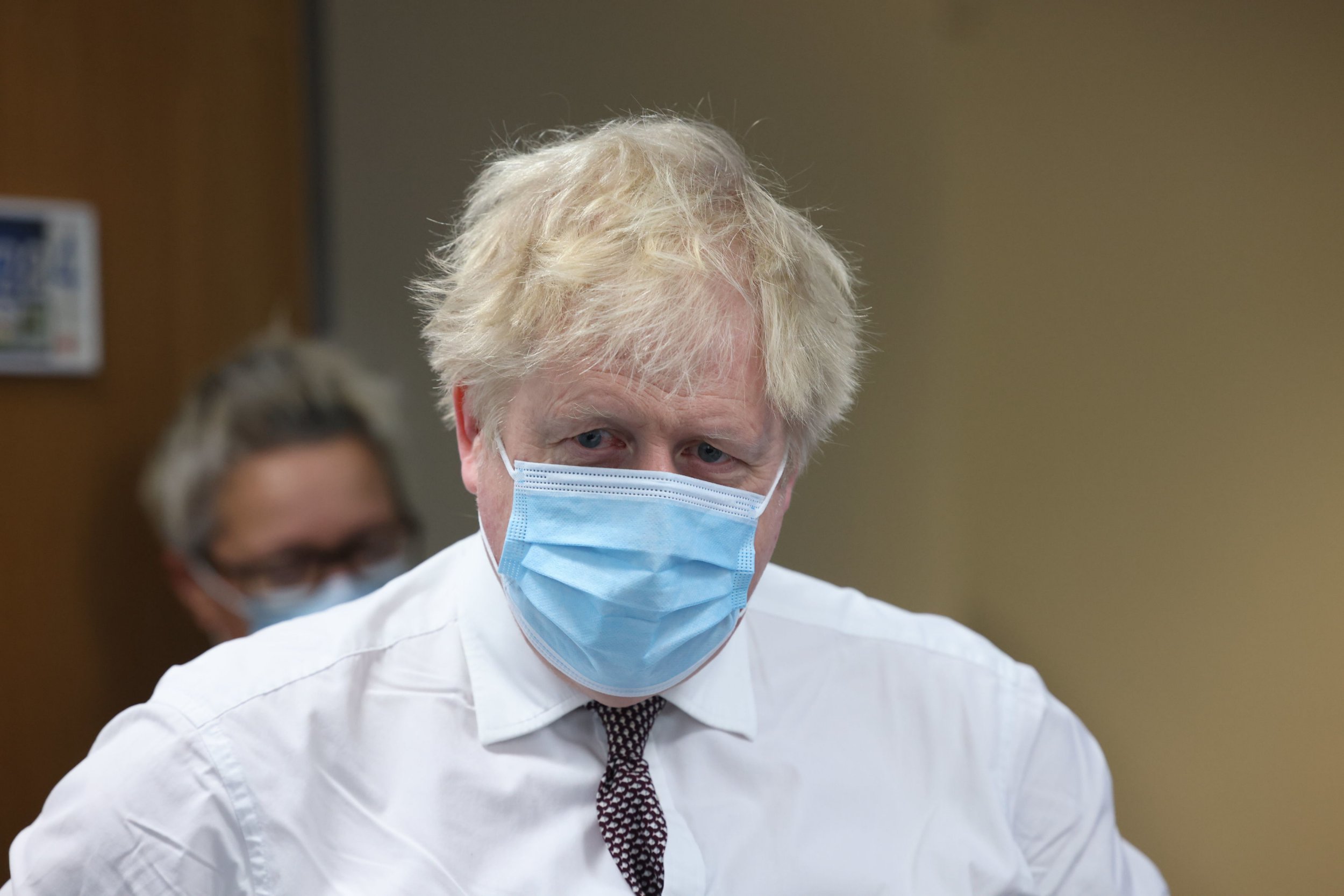 Plans to oust Boris Johnson as Prime Minister have been ramped up as anger grows over his handling of ‘partygate.’

Westminster is awash with talk of leadership plots as Tory rebels attempt to gather enough signatures to trigger a vote of no confidence in the PM.

A seventh Tory MP has tonight publicly called for the PM to resign due to the alleged lockdown breaches in parliament.

Christian Wakeford, MP for Bury South, told Yahoo News that he has put in a letter to Sir Graham Brady, chairman of the 1922 committee of Conservative backbenchers.

Behind-the-scenes, a group of around 20 MPs, mostly from so-called marginal red wall seats, are said to be planning to hand in their letters en masse on Wednesday.

One of the group told The Telegraph it could be the PM’s ‘D-Day’, adding: ‘His time has gone.’

At least 54 letters are needed and reports at the weekend said 35 were in already, meaning the extra 20 could prove to be the difference.

But it is still unclear if all will follow through with the threat, particularly as Sue Gray’s long-awaited report into Downing Street parties has not yet been published.

The attempted coup has been christened the ‘pork pie plot’ as Alicia Kearns, the MP for Rutland and Melton – the home of the pork pie – is said to be one of the ringleaders, although this has been denied.

Mr Johnson has been trying to reset his leadership this week with a host of policy announcements, including more spending pledges in the north.

However meetings have apparently been held involving up to two dozen of the 2019 intake to discuss whether to put in letters. Some have even insisted the 54 letters are already in, although Sir Graham is keeping quiet.

One MP told the Mirror a group of them are ‘ready to make a statement about Boris’, adding ‘it’s not positive’.

The plot has infuriated allies of Mr Johnson, with one cabinet member telling The Times: ‘It’s pretty sickening. They were only elected because of him. Most of them are a load of f**king nobodies. It’s nuts.’

Several other MPs are said to be waiting to see what’s contained in Ms Gray’s report before deciding what to do.

Allegations from the PM’s former chief advisor, Dominic Cummings, that Mr Johnson intentionally misled parliament about what he knew about the parties have added to the tensions.

Even the deputy Prime Minister Dominic Raab has admitted the PM would have to go if he had been found to have lied to parliament, a breach of the ministerial code.

Conservative MP Pauline Latham agreed, telling Times Radio: ‘If he has lied to Parliament, there will be no choice. And I will be personally very saddened because I think he’s done a lot of really amazing things in the face of a pandemic, but that pandemic could be his undoing.’

‘And if the truth is that he did mislead Parliament, I mean you just can’t do that. Parliament is sacrosanct, we have to tell the truth in Parliament, it is such an important principle that we should all adhere to.’

Keir in hot water: Starmer’s approval rating nosedives to lowest in his history as leader