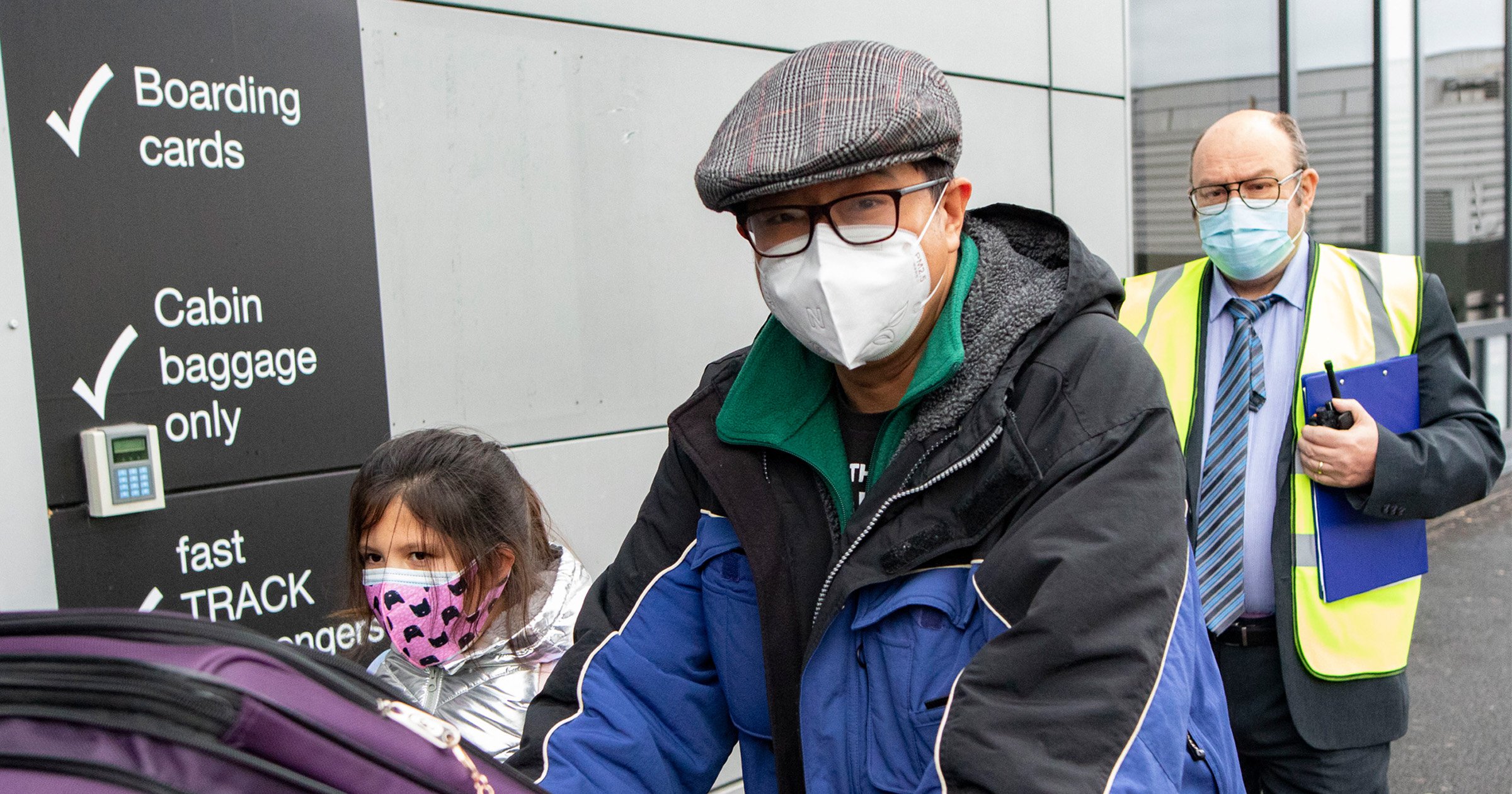 The first international travellers to go into hotel quarantine in Scotland were allowed to leave after a day due to a loophole with their arrival.

All passengers arriving in the country on international flights have to enter ‘managed isolation’, unless they are coming from within the Common Travel Area, which includes the UK and Ireland.

Chun Wong told BBC Scotland he and his daughter flew into the country from the United States via Dublin, and went straight to a hotel at Edinburgh Airport.

Mr Wong told the broadcaster he later received a phone call from someone at reception informing him that ‘since I landed in Dublin first and then got a connecting flight to here, I was not required to quarantine in a hotel’, adding: ‘I still have to quarantine and do the self-testing kit on the second and eighth day, but they said it was an error on their part.’

She told a coronavirus briefing in Edinburgh on Monday that Scotland will have to ‘look at alternatives’ if an agreement cannot be reached on international quarantine rules with the rest of the UK.

Speaking to reporters as he was ushered from the airport, Mr Wong said he was willing to do ‘whatever it takes to stay’.

He worked in healthcare in the US and travelled to Scotland with eight-year-old daughter Kiernan to be with his wife, Danielle, a dual UK/US citizen who works on the frontline and has been in the country since November 2019.

Asked if he was ‘content’ with the measures, Mr Wong replied: ‘Whatever it takes. Back in America I work in the medical field, and even though I got my Covid shots already – whatever it takes to keep everybody safe, I’m all for it.’

He later told the BBC he was not angry about the quarantine mix-up, but ‘relieved’ because the prospect of spending another 10 days away from his wife after 16 months was ‘heartbreaking’.

People flying directly into Scotland on international flights have to self-isolate for 10 days in a quarantine hotel, under new regulations which took effect on Monday.

Unless exempt, a passenger has to pay £1,750 to quarantine in a room at one of six designated hotels in a bid to avoid importation of the virus.

In England, the UK Government will only require hotel quarantine for visitors from a ‘red list’ of 33 countries designated as high risk, meaning travellers arriving from elsewhere could avoid it by entering Scotland via England.

Visitors would still have to self-isolate for the 10-day period, but would not have to do so at one of the designated hotels due to a lack of agreement between the Scottish and Westminster Governments.

Ms Sturgeon said: ‘It would be better if we had that four nations approach, or at least a three nations approach where the border of the island that Scotland, England and Wales share, had the same provisions in place.

‘My responsibility is to try and protect Scotland as much as possible so if it just proves impossible to do that then we have to look at alternatives, but it would be far better to try to come to a reasonable agreement on a four nations, or at least a three nations, basis.’

UK Health Secretary Matt Hancock said on Monday that he is happy to discuss the matter with the Scottish Government.