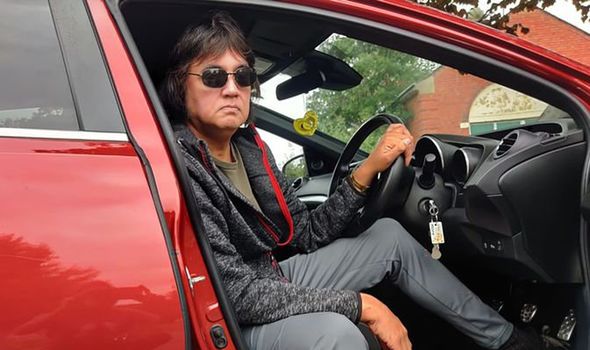 Chris Martin, 61, was covered in the fizzy drink and needed to go home to change his clothes after the incident at a branch in Norton, near Stoke-on-Trent. The beverage also ended up all over the interior of his Honda Civic and he now faces forking out £85 to get it steam cleaned.

Speaking to Stoke-on-Trent Live, the father said: “It needs steam cleaning. The carpet has a sticky texture to it. I’ve wiped it down, but it needs a deep clean to get it all out. They’ve caused this damage so they should hold their hands up and pay for the cleaning bill.

“I’ve been going there for 20-odd years and it’s never happened before. I emailed the head office and they said they will pass it onto the franchise owners. No one has got back to me and the car still hasn’t been cleaned.

“As yet, I’ve had no response. I’d like an apology and assurance they will pay for the valet bill.

“I won’t be going there again to that particular branch. It’s just poor service. Who wants to give their hard earned money to a company that doesn’t really provide a good standard of service? I certainly don’t.”

It spoiled my evening and I had to come back and change my clothes and shower because it was all over my legs. It put me in a bad mood

Chris visited the McDonald’s after collecting his daughter from a train station on August 6.

They bought two McChicken meals and one Big Mac meal – costing them around £19.

But when the employee at the collection kiosk handed Chris the beverages, the Coke fell onto the dad and inside his car.

Chris, from Cobridge, Stoke-on-Trent, added: “This young lad turned up and stuck it through the window. I hadn’t gripped it properly and the drinks weren’t fixed properly in the tray they give you.

“The whole lot went over. Luckily, the two milkshakes’ lids stayed on, but the large Coke went all over my front seat and my trousers.

“I was irate. The guy just ran off and I had to call for the manager. He turned up and said, ‘what are you going to do?’. He said to send the valet bill to the head office and they will sort it out.

“He didn’t even supply the meal. I had to say, ‘what about the hot meal?’. He hadn’t given it to us so he went and got that. We just drove off and were appalled by the customer service.

“I was covered in Coke and it was all over the car. It was an awful evening and not how I wanted it to start with my daughter there too.”

Chris, who has been a customer at the branch for years, says he will no longer visit it.

He continued: “It spoiled my evening and I had to come back and change my clothes and shower because it was all over my legs.

A McDonald’s spokesman said: “We are sorry to hear of this customer’s experience and are investigating it as a matter of urgency”.