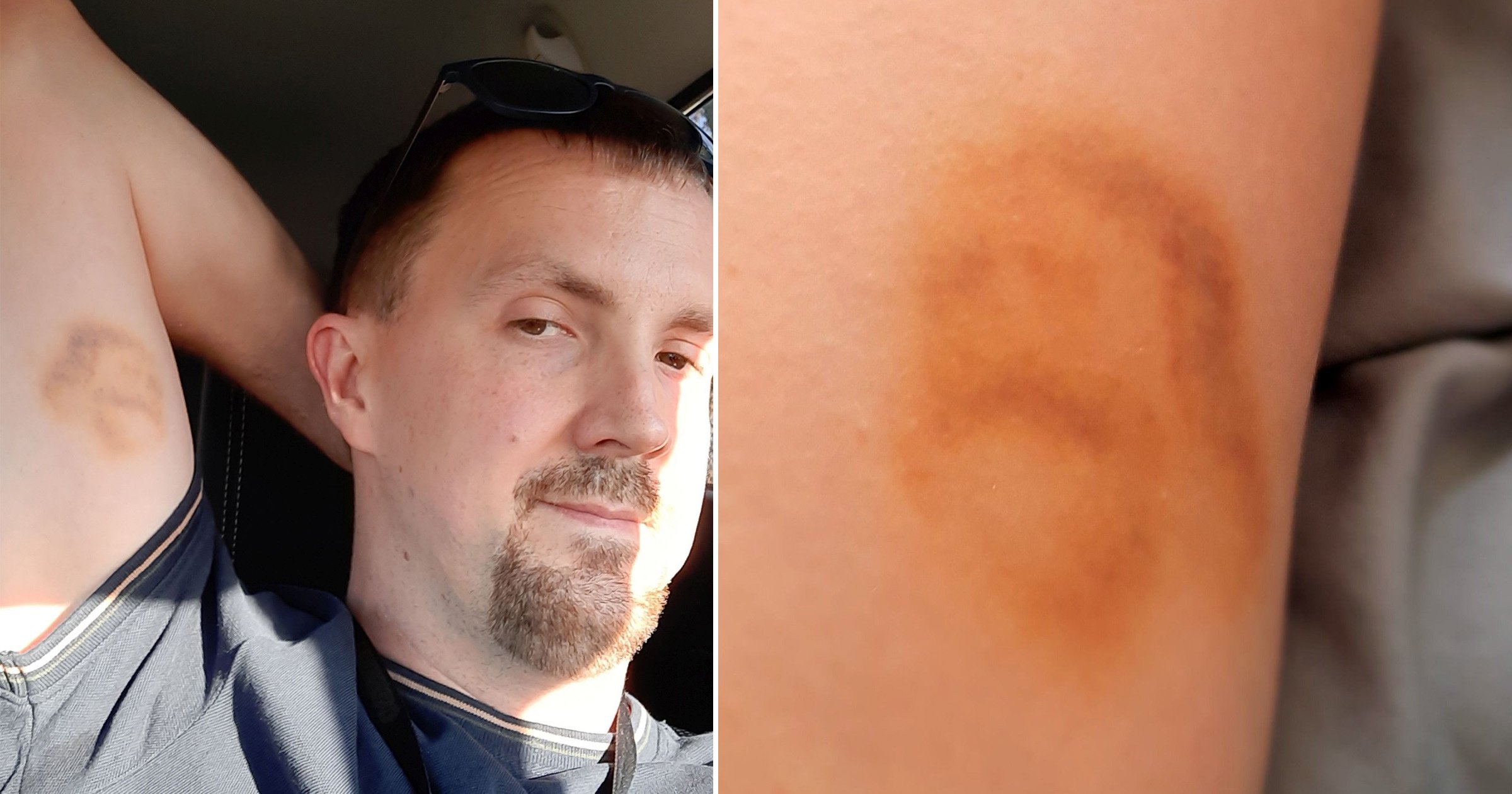 All of us have had bouts of wishful thinking, desperately trying to find meaning in something random.

And what better time to get a supposed sign from God than a few days before a Christmas ruined, for a lot of people, by the spread of coronavirus?

Well, factory worker Jamie Hales, 37, seems to be the chosen one for the latest heavenly message – as he claims to have found the face of Jesus in a bruise on his left arm.

Jamie says he spotted the “Son of God” on Monday night while having a typical evening in watching Netflix at his home in Chesterfield, Derbyshire.

The dad said: ‘I’m not religious – if I was I’d be thinking it’s a sign I’m the new Messiah.

‘It’s the beard that caught me first – that’s what drew the comparison to Charles Darwin.

‘But then after I started sharing it everyone was saying it looks more like Jesus and then I started to see that.’

Indeed, after Jamie and his mum shared a photo of the bruise on social media dozens of people started debating who the mark most resembled.

The majority agreed it looked like church representations of Jesus – a man with a moustache, a beard and long hair.

But others said the bruise simulated the face of Santa, Rasputin and even cult leader Charles Manson.

‘It took a slightly darker turn there, I hope it’s not (Manson). The bruise was brown but it’s now more of a yellow colour. It’s not changed my mind about religion, it’s just a light-hearted bit of fun.’

Jamie’s mum Pat also posted the picture online, bumping him up to a celebrity of sorts.

‘It’s nice to be semi-famous because I’ve had the Son of God appear on my arm,’ Jamie said.

Jamie is not sure how he got the bruise but believes it must have happened while at work.

This is not the first time people have seen Jesus in peculiar places. Most recently, the ‘crucifixion of Jesus’ appeared in the middle of a tangerine.

People have also spotted the Son of God’s face in bread, a frying pan, a T-shirt an iron and even on the side of a Chinese takeaway.