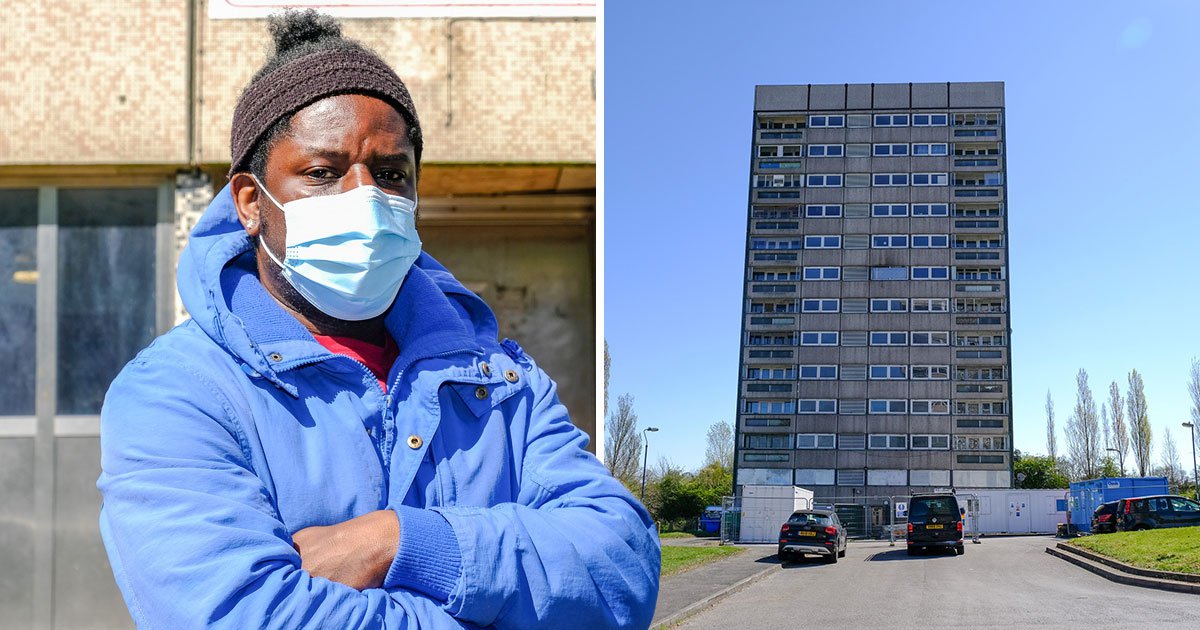 A father-of-four is the last resident living in a tower block after he refused to move to make way for a multi-million-pound housing development.

Ezekiel Hermon, 46, has been home alone for six months at Saxelby House where he says he feels ‘imprisoned’.

The crumbling high-rise, where he has lived for 25 years, is earmarked for demolition.

Around 100 residents have already moved to new accommodation.

But Mr Hermon said Birmingham city council had offered him only one-bedroom flats in other blocks — which are unsuitable for him and his four children, aged seven to 14, who split their time between his home and his ex-partner’s five miles away.

He said he was unable to sleep in the deserted Druids Heath block, which people break into at night.

‘I feel frustration and loneliness,’ said the unemployed railway worker, who pays £94 a week for his two-bedroom flat on the 11th floor.

The council, which has sought a repossession order, said Mr Hermon has ‘sadly refused’ four offers of accommodation since April 2019.

But the council added it would ‘continue to support and work with him’.

For more stories like this, check out our news page.

Cancer survivor, 75, in tears as he faces two-year wait to re-join his golf club