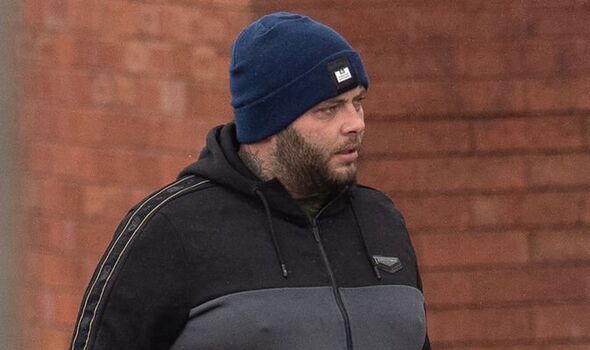 An angry father headbutted a headteacher after being called in to collect a child due to their unruly behaviour.

Shaun Pattyson, 27, and his partner were asked to pick up the girl from Chesterton Community Sports College in Newcastle-under-Lyme, Staffordshire, due to behavioural issues.

A court heard that while headteacher Robert Swindells was having a conversation with the child’s mum, the defendant approached, squared up to him and butted him.

The prosecution allege he continued the assault by punching and kicking the victim.

North Staffordshire Justice Centre was told the school had been experiencing problems with the student for some time with issues including swearing at teachers during lessons.

Emma Thompson, prosecuting, said Mr Swindells has worked at the school for 25 years and has been head for 10 years.

The child’s parents were called in on May 9, Stoke-on-Trent Live reports.

Miss Thompson said: “The headteacher had a conversation with the child’s mum on the phone and she said she would come immediately to collect the child.

“The child went to the front entrance and began being rude. Within 10 minutes the child’s parents arrived.

“The mother approached the front entrance and shouted at the child to get a phone. The child went to collect the phone.

“The defendant appeared and squared up to the headteacher. The headteacher could not remember what he said to him but the defendant was swearing at him before head-butting him. It connected with the right side of his face just below his right eye. He immediately fell to the floor as a result of the headbutt. He felt the defendant kick and punch him for approximately 10 seconds.”

The defendant made full and frank admissions in his police interview.

Miss Thompson added: “He said he headbutted the headteacher. He was shown the CCTV and admitted it was him head-butting, punching and kicking the victim. He said he believed the headteacher was a bully and that is why he assaulted him.”

Magistrates adjourned the case for an “all-options” pre-sentence report to be prepared on the defendant. He will next appear at the court on October 25 and his bail was extended.

Pattyson will be sentenced next month.