Home » Europe » Dad loses everything after being jailed for chasing burglars 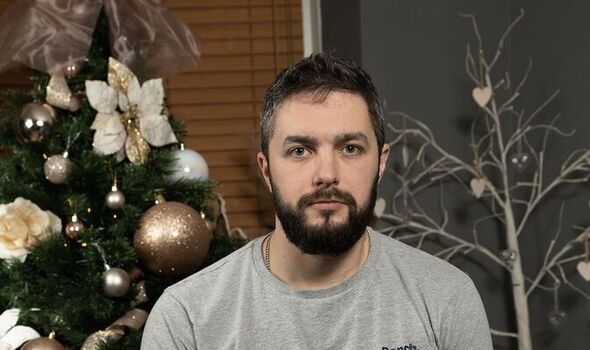 A father who chased two burglars was himself jailed – and has lost his £60,000 job as a result.

When Adam White, 34, spotted Taylor Benford and Ryan Paul on his home CCTV trying to break into his home, he grabbed the keys to his Mercedes 4×4 and pursued the pair. Adam lost control of his car and Benford and Paul, both 25, ended up in hospital after they came off their stolen motorbike.

But Adam has since spent time in prison, lost his data centre job and wife Lindsay, 34, decided to have an abortion.

Adam, who spent £50,000 on legal fees, regrets the “moment of madness”. Speaking to Sunday People, he said: “I will regret what I did for the rest of my life. It was a moment of ­madness. Thank God no one died. I have paid a high price.”

The husband was convicted of causing serious injury by dangerous driving and ­sentenced to 22 months at Luton Crown Court in January.

But Benford and Paul were spared imprisonment.

“The first week (in jail) was so hard, I couldn’t stop crying,” Adam continued.

“I got through it by thinking about getting home to my kids. I had two other people in my cell and I felt cockroaches scurrying over my bed covers at night. We were all sharing one toilet, it was degrading. I hated it.

“My worst moment was when a cellmate went crazy and smashed the place up. He ripped off the toilet seat and threw it at the guards. He also threw the TV at them.

“I was sat in the corner of the cell thinking he was going to attack me. He also started self-harming, slicing his arms with a razor blade.

“I also saw fights inside. I was stood at my cell door and saw two guys swinging at each other down the landing. There was a kettle on the floor. They had put fabric softener in the kettle and boiled it.

“When the fabric softener boils it goes gloopy and sticks to people like napalm. I was locked up alongside drug dealers and murderers – some of the other inmates called me a ‘civilian’ and said I didn’t belong in jail.”

Adam was held at HMP Bedford for two weeks then moved to HMP The Mount in Bovingdon, Hertfordshire.

The man, who has since started a job as an electrician, was released on a home detention curfew to return to his partner and children.

But his time inside has had a profound effect on the man.

He added: “I’ve never seen so many drugs in my life as in prison.

“People were walking around like zombies because they were taking this drug called spice. They put me in a cell with someone who smoked spice. It made me sick. I had to change cells.”

Lindsay felt compelled to abort their baby, their first together, one month after the confrontation outside the home in Leighton Buzzard, Bedfordshire, in September 2019.

Adam said: “It was sickening having to make the decision to abort the baby. I wish we had a little brother or sister to show the other kids.”

He believes judge Steven Evans jailed him to set an example to anyone else thinking of taking the law into their own hands.

Recalling the offences, Adam said: “They hit a Mercedes and I hit a truck. It all happened within three minutes.

“My engine was on fire, alarms were going off and the airbag was in my face. I couldn’t open the driver’s side door so I had to kick it open. I ran to a woman’s house and asked her to call the police and my wife.”

Arrested at the scene, police body camera footage showed Adam asking an officer: “Am I in trouble? I’m not going to prison for this am I?”

Benford fractured several bones in the crash, while Paul suffered a brain bleed. At Luton Crown Court, the pair, who have a string of previous convictions between them, were given suspended sentences and 200 hours of community service.

This week, Adam took the brave decision to appear on the Channel 4 show 24 Hours in Police Custody, ­despite fearing a public backlash.

Instead, a stranger was so moved by Adam and his family’s plight that he launched a GoFundMe page to help them which has raised over £160,000.

Adam says: “We are overwhelmed by the support we have had through the GoFundMe.

The incident left Adam and funeral director Lindsay in dire financial straits. Now Benford and Paul are apparently trying to sue Adam through his insurance company, allegedly for up to £1million, over their injuries.

Lindsay still feels the impact of that night. She said: “Having the abortion sent me into a massive depression.

“I still feel incredibly guilty. I blame the burglars. They forced Adam and I into making that decision.”

Adam said: “If someone comes to my house again I’m not going to chase them.”

A police spokesman said: “This episode is an important reminder that people must not take the law into their own hands. The best thing to do when a crime is happening is to call 999.”