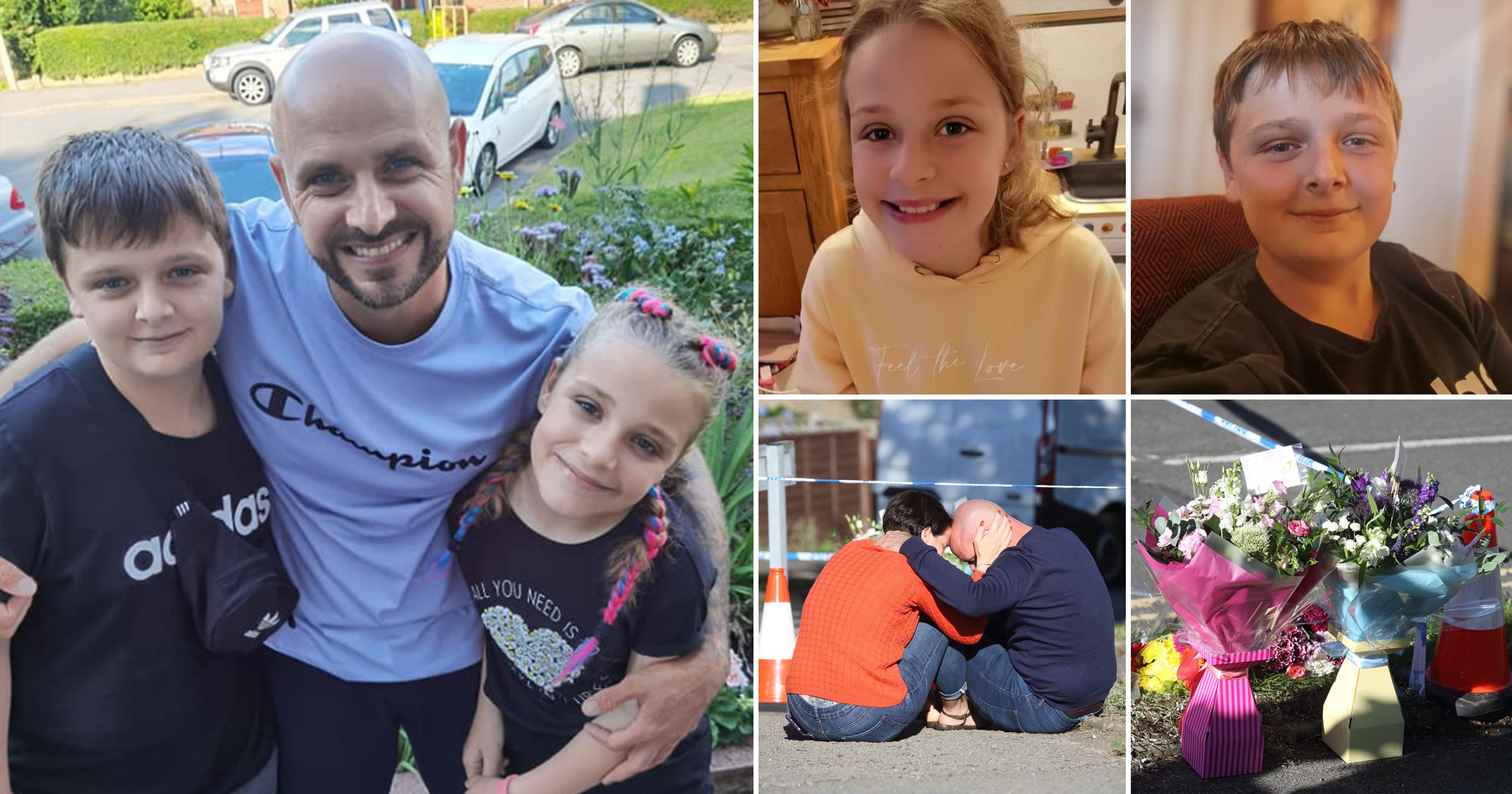 A devastated dad says he ‘can’t believe he’ll never see his kids again’ after two children, their mother and best friend were ‘murdered during a sleepover’ at a house.

A murder probe has been launched after four bodies were found at a property in Killamarsh,Derbyshire at around 7.30am on Sunday.

Jason Bennett, understood to be the father of young victims John, 13, and Lacey, 11, paid a heartbreaking tribute to them on Facebook last night.

He wrote: ‘I need my babies back. Life will never be the same. My angels. Won’t be long till I’m touching your cheeks, holding you close and kissing your beautiful faces. Only you two can fix me’.

In another post, he said: ‘Absolutely heartbroken my heart into a million pieces. I didn’t protect my beautiful babies enough and now they have been suddenly taken away from me.

‘I’m writing this as I’m lost and broken on a four-hour drive back home having just received heart-breaking news that my beautiful boy John and beautiful daughter Lacey have been taken away from me.’

The Daily Mail reports that Mr Bennett told reporters near the scene: ‘I can’t believe I’ll never see them again. I just want to hug them and kiss them. I’m heartbroken.’

One man has been arrested in connection with the case. He remains in custody.

A neighbour said he was ‘shocked’ by the tragic incident as flowers and other tributes were left outside the property on Chandos Crescent.

The local, who has lived in his home for just over a year, said: ‘I think people will be devastated.’

The man added that he believed the family who live in the house had been there for five or six months.

He said he was alerted by police on Sunday morning and thought: ‘God, what’s happened here?’

Large numbers of police were seen patrolling Chandos Crescent this morning as the property remains cordoned off with a forensic tent in the garden.

The victims’ family is being supported by specially trained officers.

The Tory politician said Killamarsh is a ‘lovely’ community” which will show its resilience ‘at this difficult time’.

He said: ‘Killamarsh is such a lovely, close-knit and warm community and I know that many residents will be shocked & worried by the news.

‘This is believed to be an isolated incident with an arrest having been made. I’ve no doubt that the village will pull together at this difficult time.’

Detective Chief Inspector Rob Routledge, who is leading the investigation, said on Sunday evening: ‘We would really like to hear from anyone who saw or heard anything suspicious in the early hours of this morning, or has any information which they think could help with our inquiries.

‘No matter how small you think that information may be, please do get in touch with us.

‘It is understandably a worrying time for the community, and we would like to thank them for their patience and understanding at this time.

‘It was important to us that close relatives of those involved were informed before we could give further details about incident.

‘Residents will continue to see a large police presence in the area, and patrols are being carried out for reassurance.

‘If you do have any concerns, please don’t hesitate to speak to them.’