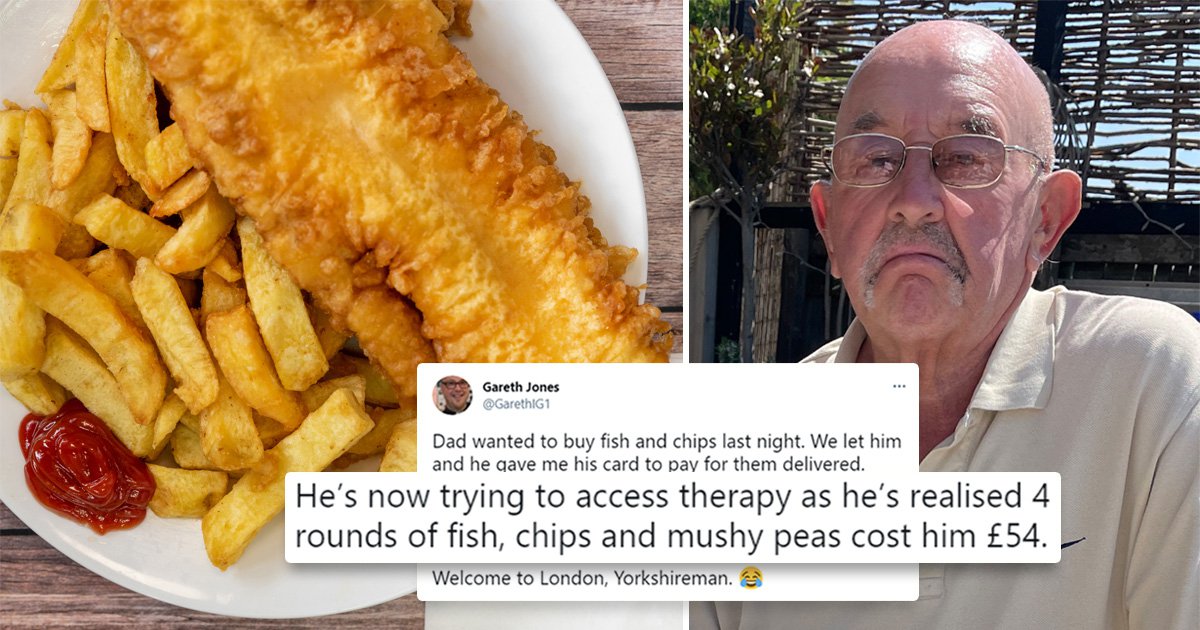 A dad from Yorkshire was left ‘needing therapy’ after handing over £54 for four portions of fish and chips at a London restaurant.

Gareth Jones’ 83-year-old father Les offered to treat the family to a meal on Saturday night while visiting the capital from up north.

But he was dismayed after picking up the bill in Ilford, east London, and realising the four rounds had come to a staggering £54.

Vicar Gareth recounted his dad’s ordeal in a series of hilarious tweets.

He wrote: ‘Dad wanted to buy fish and chips last night. We let him and he gave me his card to pay for them delivered.

The initial tweet has been liked more than 11,000 times, with hundreds of users poking fun at the price by contrasting it with their own local chippies.

One sympathetic user quipped: ‘Wheres the link to the go fund me page? That would be £28 round here with a whale of a cod.’

Asked in another post whether it was enjoyable in the end, Gareth replied: ‘It was delicious. Always is from my local. And they pay their staff a London Living Wage, so happy to pay it.’

He told The Sun Online that the Twitter debate gave his dad ‘a lot of laughs’ and cheered him up following the loss of his wife of 46 years.

In a follow up post, he wrote: ‘Dad is slowly recovering, helped by some red wine and reassuring words.

‘He’s tickled that this post generated so much fun. Here he is looking much more content and very good for 83!’

EU civil war: Shock budget admission as member states feud – ‘No one will be happy!’