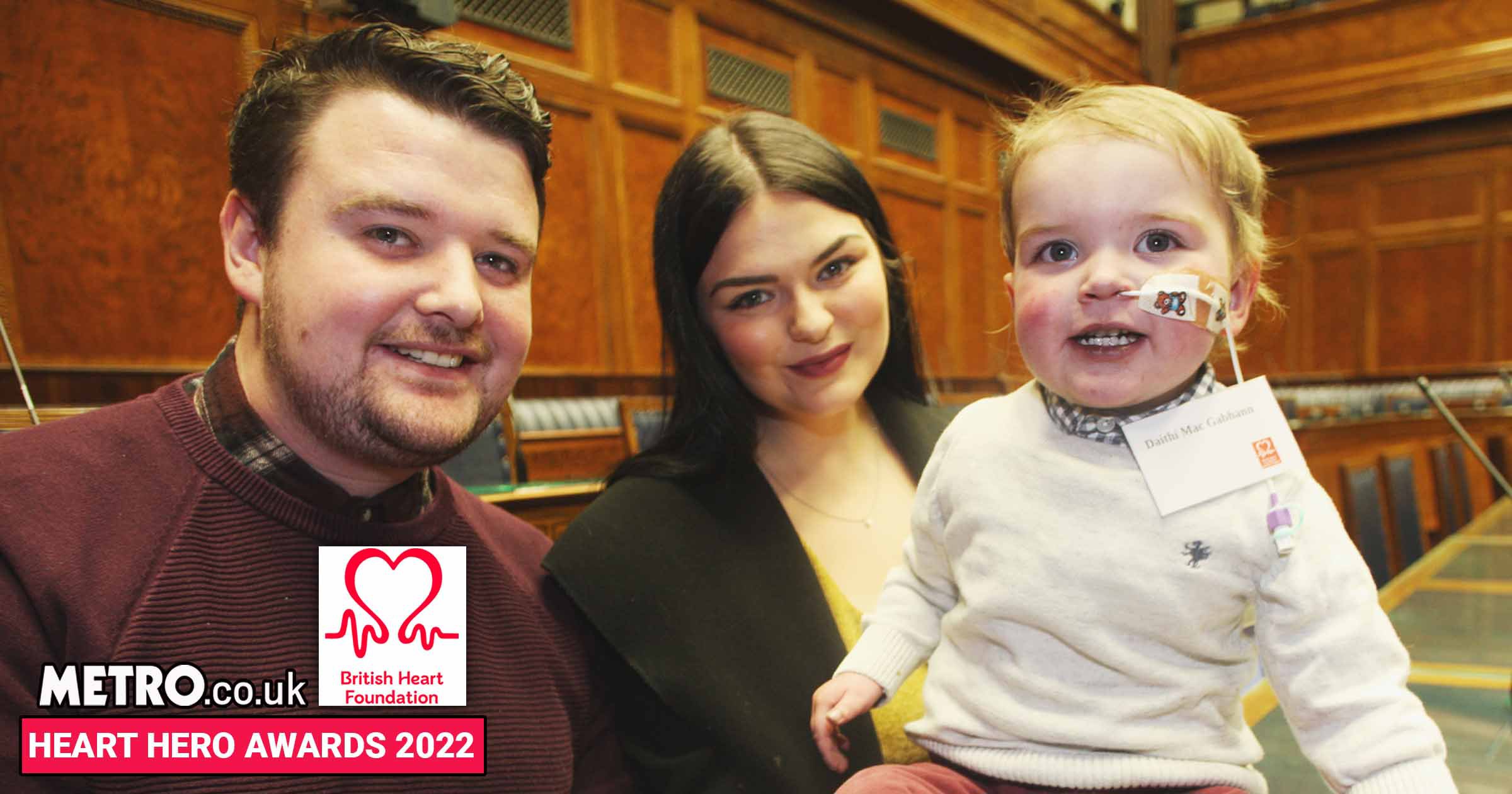 You often hear small children say their dads are their heroes – but for Máirtín Mac Gabhann, it’s the other way around.

His son Dáithí, 6, was born with a serious heart condition called hypoplastic left heart syndrome, and is on the waiting list for a heart transplant.

He has now won a national award from the British Heart Foundation (BHF) for his unwavering commitment to the cause.

‘I can remember Dáithí being born and it being the happiest moment of my life,’ Máirtín, 31, told Metro.co.uk.

‘When I saw him for the first time, my life changed forever. I can’t remember what life was like before then, but life also got a lot harder at that stage as well.’

He was put straight into intensive care, and was later flown to the Evelina Children’s Hospital in London for open heart surgery.

Máirtín said: ‘When he was in hospital, Dáithí’s surgeon came to us to explain our options.

‘At that stage, Dáithí was six days post open heart surgery and hadn’t opened his eyes yet. The surgeon said we we could let Dáithí pass away peacefully, or they could try a procedure that they weren’t sure would work.

‘We didn’t know what we were going to do at this stage, but Dáithí knew exactly what he wanted us to do because at the very moment when the surgeon asked the question, Dáithí opened his eyes for the first time and looked directly at him.

‘I can remember the surgeon turning to us and saying: “Your boy really wants to live.”‘

After two open heart operations by just 10 days old, Dáithí’s parents were told he would need a heart transplant.

After this Máirtín and partner Seph Ní Mhealláin, 26 and Dáithí’s mum, started a campaign to encourage people to become organ donors.

What is hypoplastic left heart syndrome?

According to the BHF, hypoplastic left heart syndrome (HLHS) is a very serious type of congenital heart condition and made up of a collection of abnormalities.

The main abnormalities are:

It is a relatively rare condition which is diagnosed in around three in every 10,000 babies. Around 240 babies are born with the condition in the UK each year.

Donate4Daithi was originally intended only for west Belfast – but it quickly grew and received national attention.

‘We found out very quickly that the power of Dáithí’s story could spread and we decided to ride that positive wave and take it as far as we could,’ Máirtín said.

‘In the last four and a half years the campaign has taken over our lives. I’ve dedicated all my time to making people aware of the benefits of organ donation and the NHS register.

‘We worked hard and we dedicated every hour of every day to lobbying, to building relationships with politicians, arguing our case to politicians and working with the media.’

The family succeeded in changing the law, which will see Dáithí’s Law come into effect in spring 2023.

M6 traffic chaos: Gruelling queues as stretch closed for one hour due to ‘police incident’