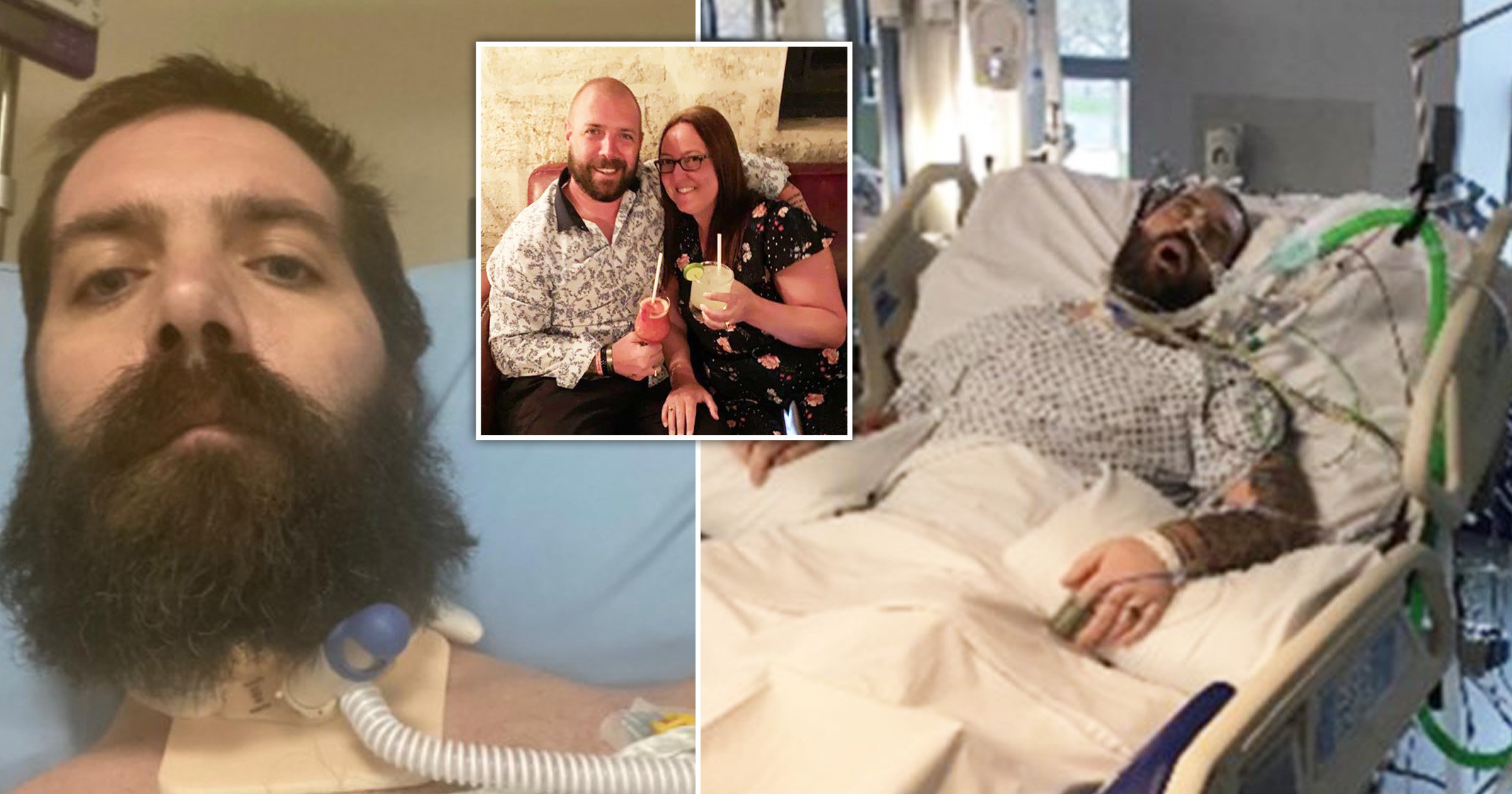 A dad-of-two who survived coronavirus when his wife refused to turn off his life support has described how he battled the disease for months in hospital.

Adam Banks, 39, had to learn to walk, talk and swallow again after being struck down with Covid-19 in January.

He spent three months in hospital – including five weeks in a coma – while doctors fought to save him.

Mr Banks’ wife Marie had been faced with the decision to stop his treatment as his lungs began to shut down.

‘She refused and begged them to come up with another option,’ Mr Banks, who lives with his wife and two teenage children in Hutton Rudby, North Yorkshire, said.

‘My lungs had collapsed by around 90% and I was ventilated within days of being admitted to James Cook Hospital.’

In a final attempt to save him, Mr Banks was transferred to a hospital in Leicester, where doctors put him on an extracorporeal membrane oxygenation machine (ECMO) to keep his lungs and heart working.

Being comatose for most of his treatment, Mr Banks was unaware of his condition and the huge effort to keep him alive.

Mr Banks, who works in the building industry, added: ‘After the ECMO therapy I was brought back to Middlesbrough but I was paralysed from the neck down.

‘I hadn’t eaten in two-and-a-half months, and my voice box had collapsed from the treatment so I spent around two weeks back in intensive care to build some strength up and learn how to walk.’

He was finally discharged from hospital on April 19 but still had a long road to recovery ahead of him.

He said: ‘I was very weak in a wheelchair and could only have bed baths at home,” he added.

‘I only came off oxygen a week ago and even now I don’t have the strength do anything; even taking a lid off a bottle is a struggle.

‘I’m under the long Covid clinic and I’ve been told it will take around 18 months until I start to feel normal again.’

She said: ‘We were all just so scared as we didn’t know what was going to happen from one minute to the next.

‘I was convinced that he would be taken into hospital, given some oxygen then brought home; I never imagined it would turn out the way it did.’

Mr Banks was doubled vaccinated by July which he said makes him feel ‘much more protected’ from the disease.

Wales to announce 10pm curfew for pubs, restaurants and off-licences