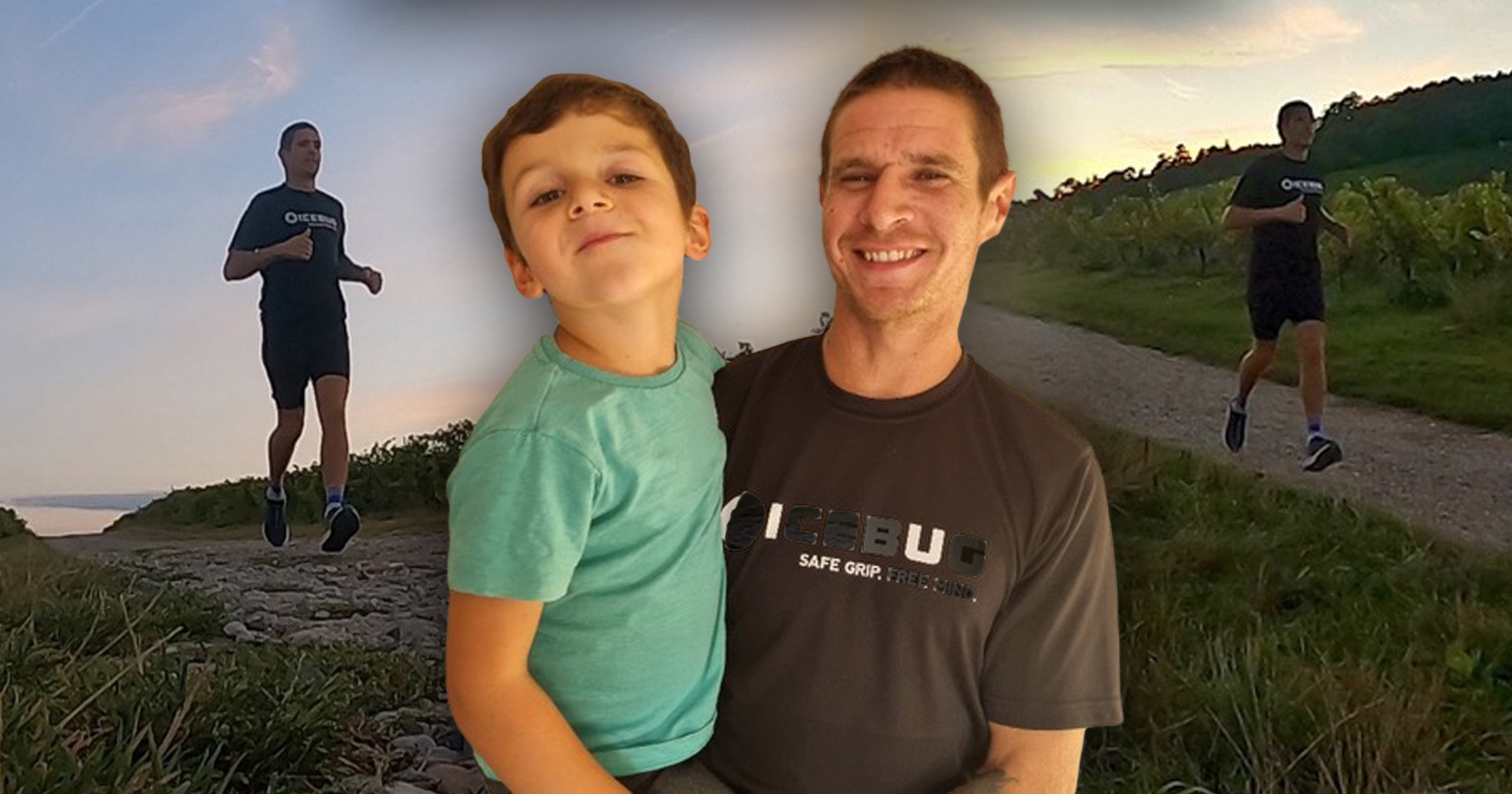 A dad is set to run more than 100 miles in one go for a ‘lifeline’ charity that helped his four-year-old son cope with a severe form of incurable epilepsy through the lockdowns.

Alex Wareing is taking on the equivalent of four back-to-back marathons after Momentum Children’s Charity supported the family, who live in ‘constant anxiety’ that Jack will go into a fit.

The primary schooler has a rare neurological condition called Dravet syndrome, which encompasses treatment-resistant epilepsy, intellectual disability and a spectrum of associated conditions.

Alex, 35, a tree surgeon and former Ibiza DJ from Dorking, Surrey, is taking on a series of loops from the village of Shere in Guildford that encompasses punishing hill climbs.

‘Momentum are constantly looking out for us as a family,’ he said.

‘Recently they offered us a caravan to stay in for the weekend to get away from everyday life and they have organised therapy for me, which has been a great help.

‘The pandemic has been hard for everybody with people’s routines taken away, especially for Jack.

‘He was quite lucky, he was able to go to nursery but it would have been difficult without them.

‘They are not a huge charity but they are a lifeline, not just for Jack, but for me, my wife and my daughter. I can speak for all of the 240 families they support in saying “thanks”.’

Jack, his three-year-old sister Hattie and mum Lily will be the ultra-marathoner’s motivators as he takes on his biggest-ever running challenge from 9am tomorrow (October 29).

The fundraiser, who has been running long distances for a couple of years, plans to cover 104 miles (168km) and ascend more than 5000m – more than half the height of Everest.

‘The biggest motivation will be having the kids watching and showing them that big things can be achieved, no matter how big the obstacles,’ Alex said.

Momentum helps families whose children have cancer or other life-challenging conditions through support in homes and hospitals.

Dravet syndrome has associated conditions, known as ‘comorbidities’, which include autism, ADHD, behavioural problems and difficulties with speech, mobility, eating and sleep.

‘We are changing drugs all the time and unfortunately nothing is working.

‘He won’t ever grow out of epilepsy, so it means constant anxiety.

‘If I see my wife calling I immediately worry that he’s had a seizure.

‘The longest seizure he’s ever had was three-and-half hours and a normal seizure lasts two or three minutes. He’s averaging about 10 minutes at the moment. At one point he caught a cold and ended up in intensive care.

‘We give him rescue medication and if that doesn’t work, we call an ambulance, which can mean countless nights in hospital. At the start we were shocked but now it has become part of life.’

Metro.co.uk has highlighted the struggles of families with SEND children during the lockdowns, which resulted in disruption to routines and support services being cut or curtailed.