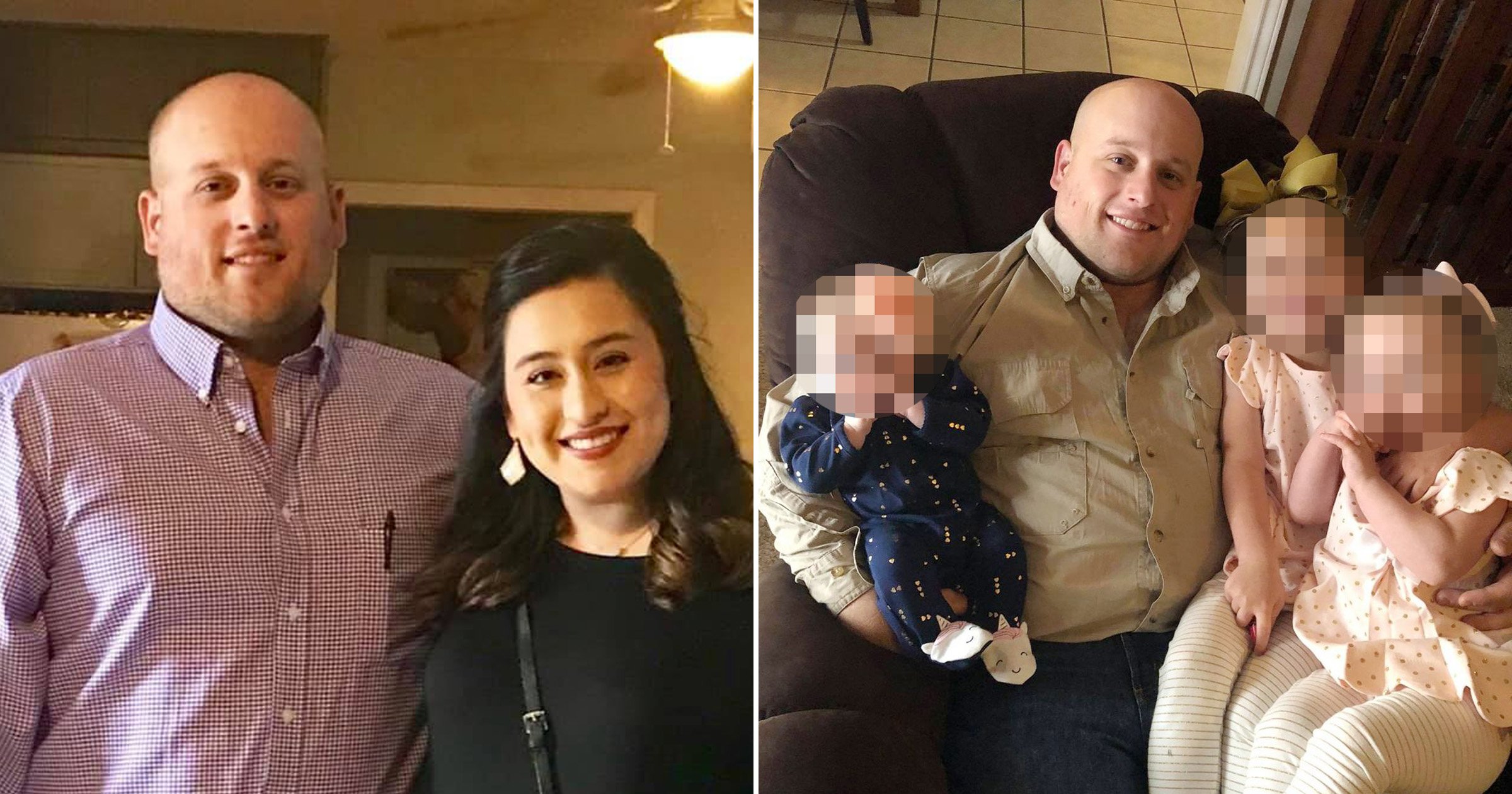 A prominent anti-mask activist who organised a large rallies in Texas has died of Covid-19.

Caleb Wallace said he was ‘sick of the government being in control of our lives’ when coronavirus restrictions were enacted.

The 30-year-old spent three weeks on a ventilator and leaves behind a pregnant wife and three children.

At the time, Mr Wallace said the demonstrators were ‘not really happy with the current state of America at the moment.’

In April, he wrote an open letter to local education leaders demanding they ‘rescind all Covid-19 related policies immediately’.

He said measures like making children wear masks ‘would have been considered criminal 19 months ago’.

Earlier this month, his wife told the the San Angelo Standard-Times her husband tried to self-medicate his illness with vitamins and a scientifically disproven drug normally used to treat parasitic worms in people and animals.

She revealed on Facebook recently that doctors had run out of treatment options and the family were warned to expect the worst.

Mrs Wallace wrote: ‘His lungs are stiff due to the fibrosis. They called and said they’ve run out of options for him and asked if I would consent to a do not resuscitate. And it would be up to us when to stop treatments.’

As of August 29, the daily average number of new cases in Texas stands at more than 15,000, with around 200 deaths being recorded every day.

Mr Wallace is not the only prominent anti-science activist to lose their lives to Covid-19 in recent days.

Marc Bernie, who spent 30 years on talk radio in the Daytona Beach area of Florida and railed against vaccines, died this week.

The 65-year-old conservative commentator was first admitted to hospital three weeks ago after contracting the coronavirus.

In his last tweet, Mr Bernier compared the state’s vaccination messaging to Nazism.

Royal DECADE: Europe’s royal weddings held in the past 10 years

Jeremy Corbyn: How he ‘learned to drive moderates out’ of Labour Party