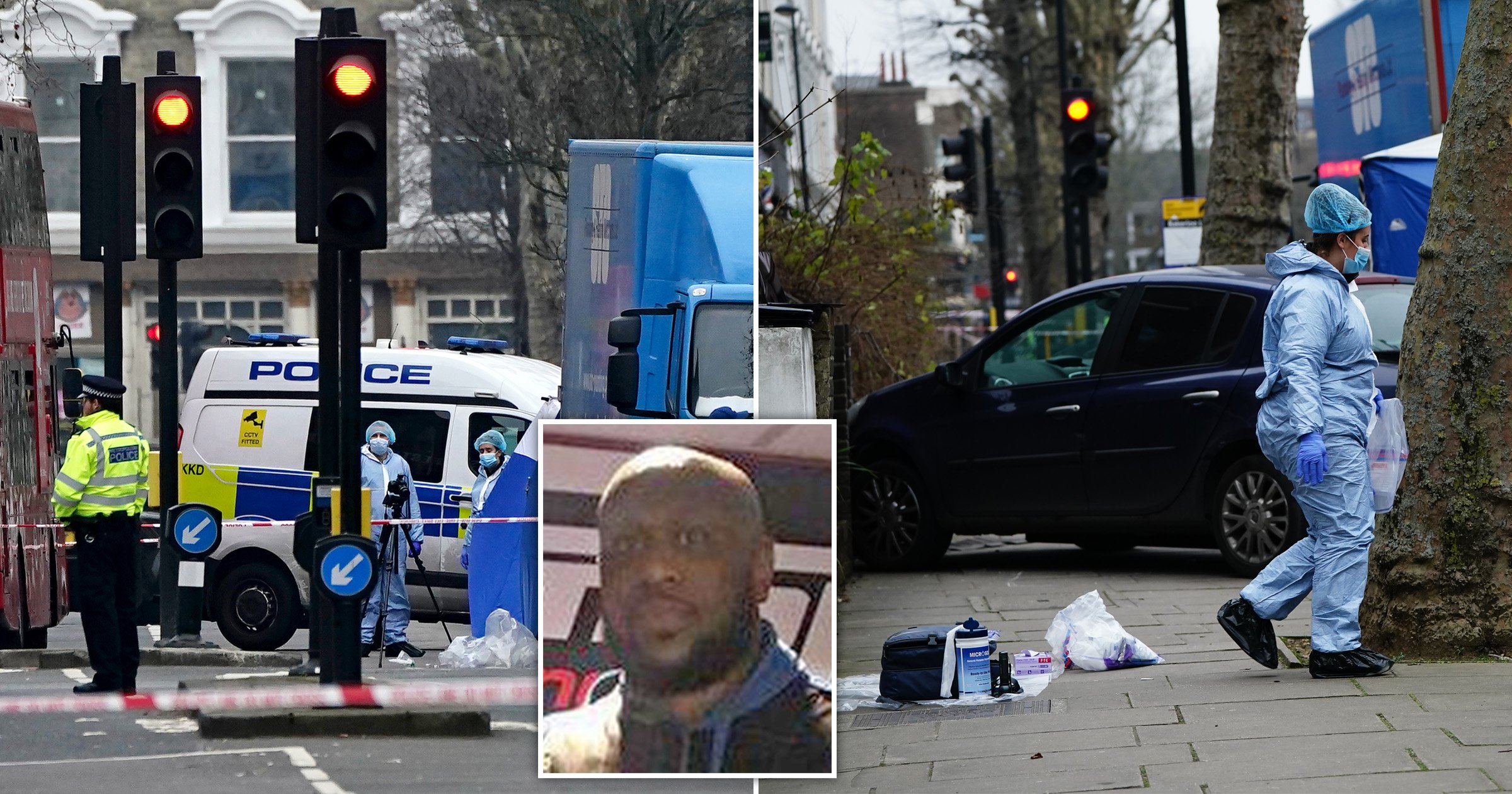 A man who mowed down a knife attacker to try and stop him from killing a woman has said it was his ‘duty’ to act.

Abraham, 26, was initially arrested on suspicion of murder after he ran over Leon McCaskie in Maida Vale, west London, but was later released without charge.

Yasmin Chkaifi, 43, died on January 24 after she was ambushed in the street and stabbed several times by her husband McCaskie, who also used the surname McCaskre.

A number of bystanders tried unsuccessfully to stop McCaskie from attacking the mum-of-two before Abraham ran him over in a blue Renault.

McCaskie was pronounced dead at the scene.

Abraham, reportedly an electrician and married father with two children under five, said he had prayed for God’s forgiveness following the incident.

He told the Daily Mail: ‘Should you see an evil it is your duty to stop it with your hands.

‘If you cannot, then you should stop it by speaking out. So I was thinking: “How could I face God if I don’t help? It is my duty, my religion.”

‘In that moment I knew I had to act.’

Abraham, originally from Chechnya, told the paper he had overslept on the morning of the incident and was on his way to work when he heard shouting and screaming.

He said he could see a man with a steel blade in his hand attacking a woman on the floor, leaving him ‘shocked and terrified’.

‘I thought: “I cannot go away and leave her.” I had to help, to try to save her. I did not have time to consider,’ he said.

‘I thought the safest and quickest option was to push the man away from the woman with my car.

‘So I put my car into first gear and drove up the kerb and onto the pavement.

Abraham said he then took his foot ‘off the gas’ but the car didn’t stop.

‘The momentum continued and I knew the man was under my car,’ he said.

After hitting McCaskie, Abraham’s car ploughed into a garden wall and stalled. Unable to re-start the vehicle and free McCaskie, he shouted for help.

On Tuesday, the Metropolitan Police said that investigators had reviewed the law around self-defence and defence of another, and now considered the 26-year-old ‘a vital witness’ to the incident, rather than a suspect.

Thousands of people had signed a petition in support of Abraham, and members of Ms Chfaiki’s family were also reported to have hailed him as ‘a hero’.

But after being arrested, Abraham said he was in ‘shock’.

He added: ‘I took my head in my hands and thought: “How has this happened?” I’d tried to save a woman’s life and I’d killed a man.

‘I said a prayer: “God forgive me for what I have done.”‘