Home » Europe » Dad’s £2,000 Christmas lights display and his plans to make it bigger 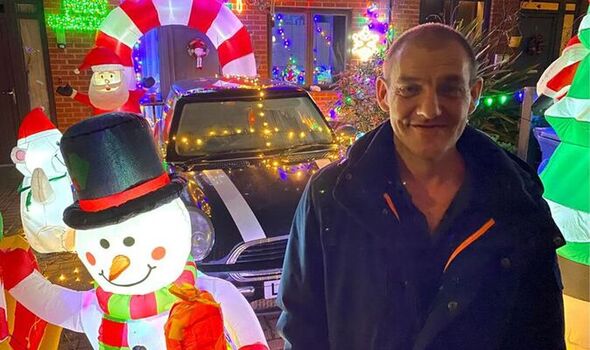 A festive father says he wants to bring joy to his neighbours this Christmas after setting up a huge lights display outside his house costing £2,000.

John Davidson started putting the show, including inflatable festive characters, accompanied by speakers playing seasonal songs, about a week and a half ago.

The 46-year-old industrial cleaner says that, apart from the purchasing of the equipment needed to put together the impressive sight on Marble Close, it has not added much of a cost to his energy bill.

He adds that his aim is to make locals happy, especially children, during these tumultuous times. Next year he wants to create an even larger arrangement that includes his roof.

Speaking to DerbyshireLive, Mr Davidson said: “It’s not costing that much, to be honest. The price of gas and everything has gone up, but everything in the display uses low voltage so it doesn’t cost much more. We have lights up inside too, it’s like Santa’s grotto. Next year I’m hoping to make it bigger, including the roof to brighten it up a bit more.

“It’s a family thing, I have family who do it in Nottingham too. It’s for the grandkids and other kids – people come and take photos with their kids in front of it.

“It’s hard times for everybody but putting that smile on somebody’s face is worth it. My favourite decoration is the soldier Santa, I got that from America.”

A neighbour, Jack Riley, 26, a decorator with Brierley Decorating, says his six-year-old daughter loves John’s handiwork. He said: “It’s brilliant, I can’t fault him at all.

“I was on about the electric bill to him but he says it’s not too bad. When you get back from work it definitely cheers you up.”