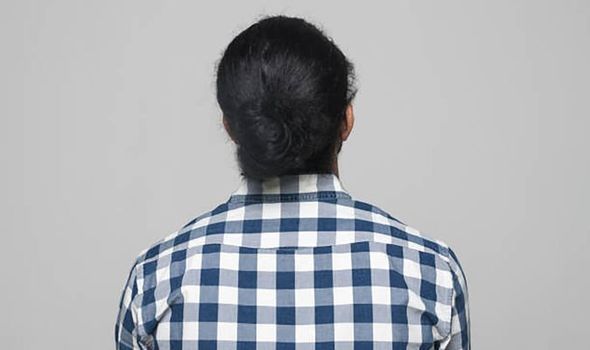 Marc Gough’s 15-year-old son, who he doesn’t want to be named, started growing his hair around nine months ago and had no issues with it since then at King David High School. However, teachers have allegedly told the teen he’d either have to wear his kippa – a skullcap worn by Orthodox Jewish males – or cut it short.

The dad added: “We’ve been told he can’t go in lessons until he has it cut, so he’s in isolation. It’s nothing but discrimination. If a girl wanted short hair that would be fine, but just because he chooses to have his long, he’s being discriminated against.

“A hairstyle is part of someone’s identity. It can’t be classed as part of the uniform when it’s not something you can take on and off.”

Celebrities, including Harry Styles, David Beckham and Orlando Bloom have all sported the man bun over recent years.

But bosses at King David High School in Crumpsall, Manchester, stressed “rules and boundaries” are important to create the best atmosphere for learning.

Marc, though, remains unhappy with the school’s approach.

The dad of two, from Whitefield, Manchester, added: “They’ve not gone about it in the right way at all.

“This is one governor who has made the decision when really it should be down to the headteacher and a panel of all the governors who should investigate this independently.

“They have excluded him from lessons when what should happen is they should include him until we’ve all sat down and had a meeting about it. It’s ridiculous the way he’s been treated.”

Joshua Rowe, chair of governors at the school, said: “While we understand that some find it hard to conform to the school’s requirements, we firmly believe that it is ultimately in everyone’s best interests— rules and boundaries create an atmosphere where purposeful learning can take place.

“If we take the view that ‘anything goes’ and that rules can be ignored — today it is buns, tomorrow it will be no kippot and then, perhaps, no uniform at all — it will not be long before we will not have a school of faith, tradition and excellence as we know it.

Marc, who also has a younger son at the school and has a man bun himself, has set up a petition calling on the school to change its hair policy.

The petition states: “Whilst we understand that a uniform policy is in place so the pupils look smart and represent the school in a positive way, hair is not a piece of clothing that can be removed at the end of day.

“It is part of a child’s identity which can have a huge impact on their mental health and self esteem. To state that girls must tie their long hair back but boys have to cut it off is direct discrimination. Boys should be able to have long hair and girls able to cut theirs short if they so wish without judgement or being reprimanded and sent home from school.”

Harry claim debunked: Duke admitted Charles ‘was there’ for him when mourning for Diana