Home » Europe » Dad’s warning after tragedy of son, 12, who died while playing on the stairs 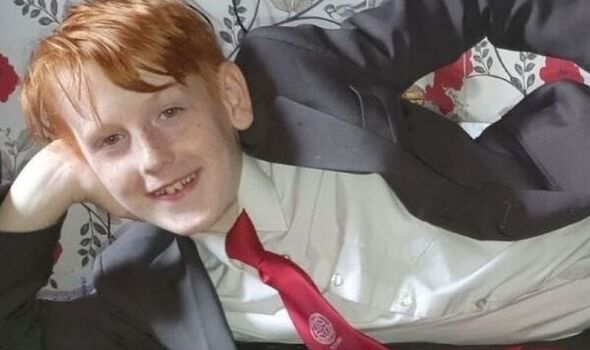 Logan Davis was found by his older brother in September of last year after the boy had been playing with a dressing gown cord on the stairs, pretending to abseil. Logan’s father Martin Davis and his partner had been out shopping at the time, and returned home immediately upon being contacted by the brother.

An inquest held at Preston Coroner’s Court found that Logan had suffered a heavy brain injury and brain stem dysfunction as a result of a lack of oxygen reaching his organs, believed to be in the region of 30 minutes.

Mr Davis, had removed the dressing gown cord after finding his children playing with it but they had replaced it, the inquest heard.

He said: “They had tied the dressing gown cord on the halfway landing and they used to play with it as if they were abseiling and swinging on it.”

Although the coroner considered whether or not it was possible that Logan had intended to harm himself, there was no evidence of this. His death was deemed an accident.

When asked what Logan’s older brother thought had happened to him, Mr Davis said: “He said he thinks he was climbing it and it has gone wrong.

“He was excited we were going to come back and bring toys for him.”

Speaking to the coroner, Mr Davis described Logan as a “fun and active boy” who loved climbing trees and riding his bike.

In a statement, Mr Davis said: “He used to love going on bike rides, climbing trees, playing football and going to the skate park.

“He was always out of the house playing.”

Logan’s teacher Mark Taylor described him as “pleasant, polite and popular” and said he had a cheeky smile and loved playing with Lego.

Mr Taylor said: “Logan needed support to articulate his thoughts but he had no thoughts of self-harm, depression or anxiety.”

Joanna Birch, a specialist nurse who looks into any sudden or unexplained deaths in children, said that although life had “changed at home after Logan’s mum had moved some distance away”, there was no indication or reason why Logan would have ended his life.

A police investigation echoed those conclusions and found that Logan’s much older brother who was in charge of the children while their parents were away was mature and a “really nice lad”.

Neighbours confirmed the children were well looked after and social services had no concerns or involvement with the family.

Concluding Logan’s death was accidental, the coroner said: “Logan was 12-years-old, he was a boy’s boy, always out playing, climbing trees and on his bike and had a good group of friends and was doing really well at school.

“He was obviously very close to his family and well cared for.

“It is more likely than not that this was an accident.”