Dan Wootton has slammed the protesters for disrupting the Queen’s procession after a man was arrested for heckling Prince Andrew as he walked behind the Queen’s coffin in Edinburgh. The man seen in BBC footage appears to shout “Andrew, you’re a sick old man!” as the royal procession passed the crowd.

A separate video shared on social media shows him being pulled to the floor by two men while others in the crowd shout “God save the King!”.

A police officer is seen helping the man off the ground before he is led away.

The man is heard shouting: “Disgusting!”

Another video on social media shows the man sitting handcuffed and flanked by two police officers. Police confirmed an arrest had been made. 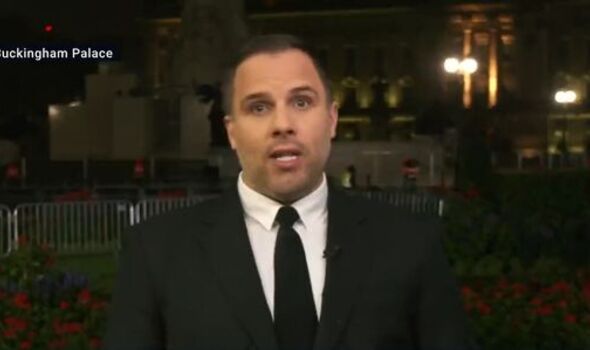 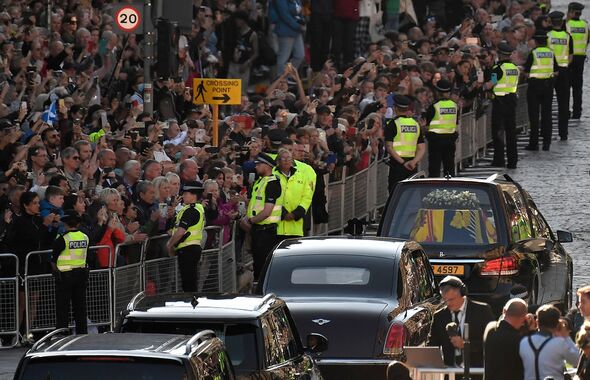 Speaking about the incident with his colleague Mark White, the GB news host lambasted the protesters for creating a ruckus at a time of national mourning. He said: “People should be warned because this is a funeral.

“A lot of us are feeling grief and if in that procession, there are idiots who decide to make a huge song and dance in the protest, you are going to expect to be tackled, probably to the ground, quite forcefully, by the great British public and that is the risk you take…”

Scotland Yard also issued a statement and informed: “A 22-year-old man was arrested in connection with a breach of the peace on the Royal Mile around 2.50pm on Monday, September 12, 2022.”

Explaining the rationale behind the arrest, Mr White said: “Scotland Yard has issued a statement tonight in which they are saying ‘we know there are some people who want to protest on a range of issues even at this time of national mourning. People have a right to freedom of expression and we must balance these rights against those who wish to grieve and reflect.’

“I think Scotland Yard is trying to emphasize that they will try, as much as they can, to allow the legitimate protest.” 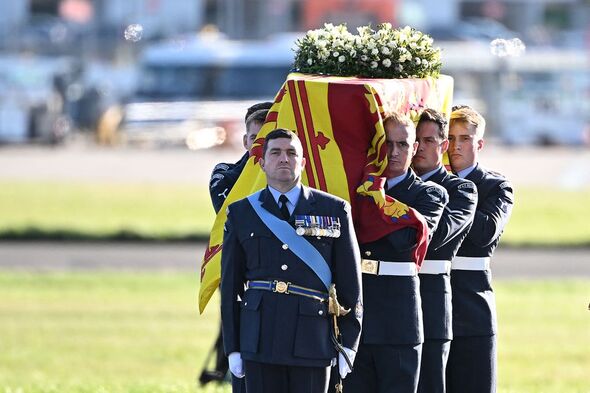 “The difficulty we have though is that there is a massive security issue here. Big security concern as we lead upto state funeral in which many world leaders will be here. It is a time when the security services know there is a potential for people to try to make a statement in a way that is much more destructive , so they have to balance that out.

“We have seen in the past that people who actually want to enact some level of violence, it starts with shouting and screaming. So you can understand why the police will be on edge.”

“You are a scumbag if you are disrupting the Queen’s funeral. I don’t think you are a criminal and that’s where our police have to be very careful in the next few days.” 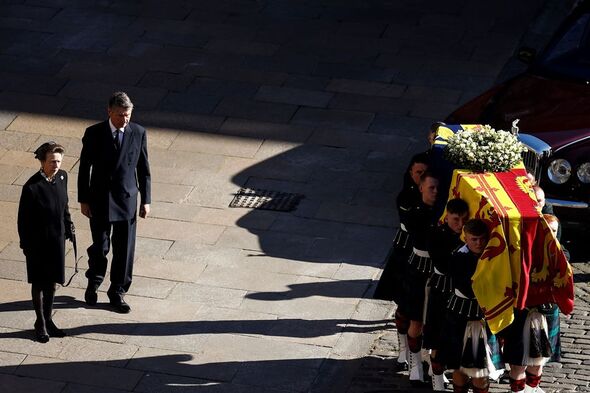 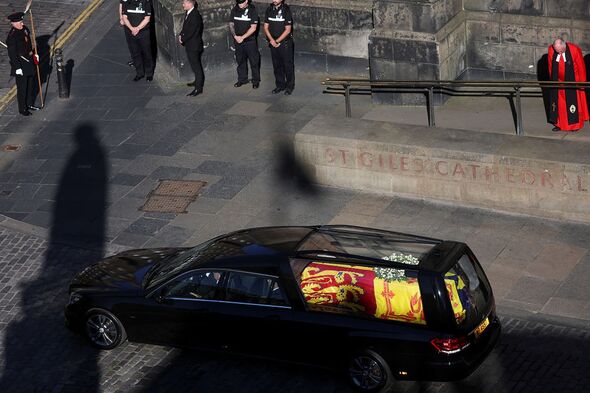 King Charles III led his family in a royal procession behind the Queen’s coffin as crowds lined the streets of Edinburgh.

The coffin was taken from the Palace of Holyroodhouse to nearby St Giles’ Cathedral where her children and a congregation drawn from all areas of Scottish society attended a service of thanksgiving for her life.

The King led the Duke of York, Earl of Wessex and the Princess Royal and her husband Vice Admiral Sir Tim Laurence on foot, while the Queen Consort and the Countess of Wessex followed in cars.

France threatens fishing war: ‘If they are stopping us, we need to stop them’