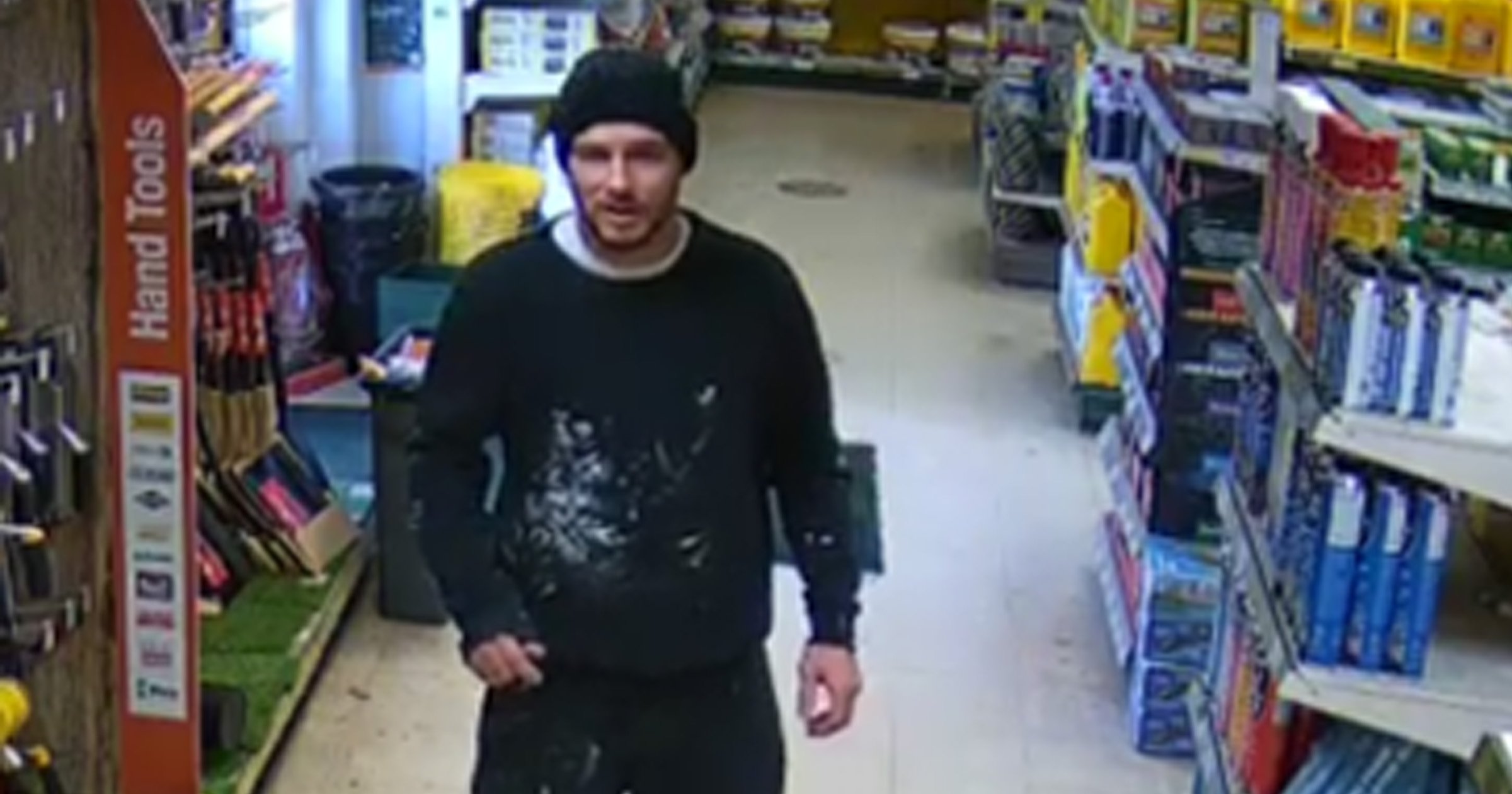 Police are on the hunt for a David Beckham lookalike after an alleged shoplifting spree.

Hertfordshire Police shared CCTV of a man suspected of lifting items from a shop in Bishop’s Stortford, Hertfordshire, on October 21.

The force wrote on Twitter: ‘Do you recognise this man? He could help with our inquiries following a theft from a builders’ merchants in #BishopsStortford.’

Social media users were quick to come to the aid of police, providing their best guess on who the culprit could be.

‘I saw him in the Queue for the Queen – sorry I can’t be of more help’, quipped another Twitter user.

But the football legend appears to have a solid alibi, despite the growing online accusations.

Beckham was in fact enjoying a trip to Disney World in Florida on October 21, rather than ransacking shops in Herefordshire.

He posted snaps from the trip on his Instagram.

In photos shared to social media, the dad-of-four couldn’t keep the grin from his face as he posed alongside the likes of Mickey Mouse.

Today’s case of mistaken identity is reminiscent of a similar police appeal in 2018.

Blackpool Police had posted on Facebook a picture of a suspected crook who to many was the spitting image of Friends star David Schwimmer.

After more than 360 comments within an hour the police posted a clarification the actor was in America on the day of the crime (September 20).

Blackpool Police commented: ‘Thank you to everyone for your speedy responses. We have investigated this matter thoroughly and have confirmed that David Schwimmer was in America on this date.

POLL: Will you follow the hosepipe ban if one is enforced in your area?