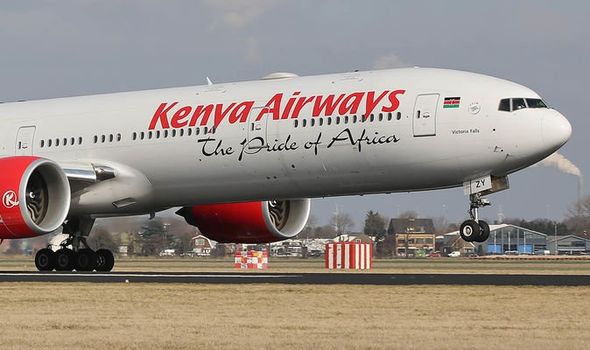 The body landed in a garden in Lambeth, South London, at 3.42pm today, according to a statement from airline operator Kenya Airways. It is believed the man was hiding in the undercarriage of the aircraft. The owner of the garden called police and they have linked it with the Kenya Airways flight from Nairobi to Heathrow.

A statement from Kenya Airways said: “The Metropolitan Police in London have informed Kenya Airways of a body that fell off the landing gear of its aircraft moments before the flight landed in London Heathrow Airport.

“On June 30 at 1542hrs (UK time) a body of a yet to be in deified male stowaway landed in a garden in the Borough of Lambeth, South London, suggesting the stowaway was hidden in the undercarriage of the aircraft.

“The police have already been in contact with the Kenya High Commission to help identify and name the person.

“The air craft was inspected and no damage reported. It was also cleared for operation.”

This is a breaking news story. More to follow.

COVID-19: More than 40 million people have now had both coronavirus jabs in UK – as daily cases rise to 33,074