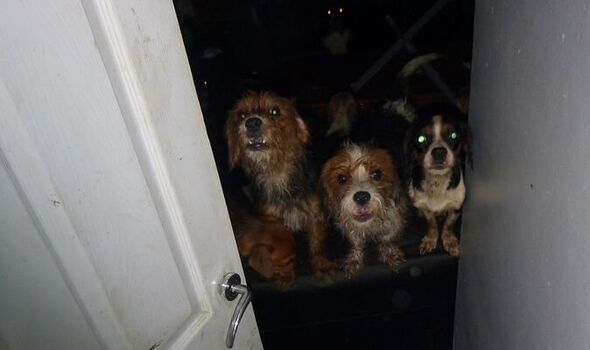 Around 36 dogs, a mixture of Yorkshire Terriers, Cavalier King Charles Spaniels and Border Collies, were neglected at a property in Eastbourne last year. Sadly, one dog did not survive the “nightmare” conditions.

RSPCA Inspector Cora Peeters, who found the neglected animals, said when rescuers opened the door the noise level was “quite unbearable” and they were “greeted by a sea of little faces”.

A large number of dogs were extremely underweight and their coats were “crusty and dreadlocked”.

Inspector Peeters said: “The sheer noise and smell of the house alone was overwhelming but to then see the conditions the dogs were being kept in was really upsetting. The property smelt very strongly of faeces and urine.

“The smell was overpowering and the conditions were extremely poor and filthy with slippery floors and dirty walls splattered with muddy dog prints.” There also appeared to be no access to food or water.” 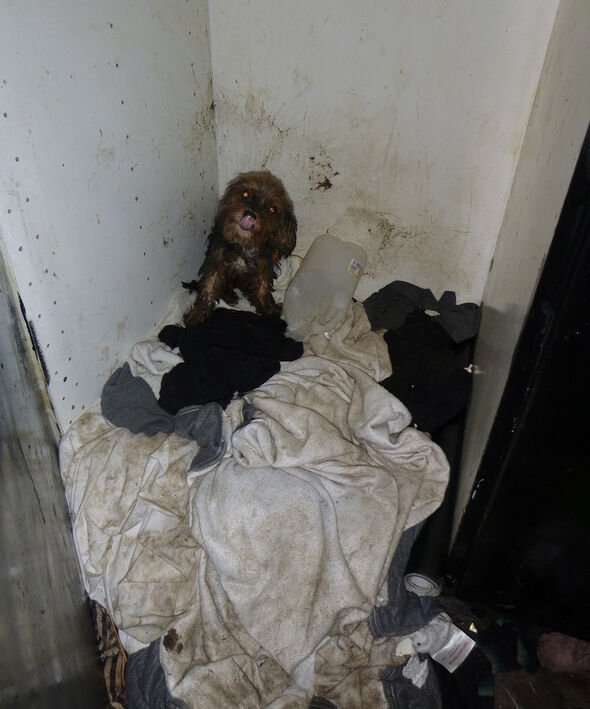 Christopher Mark Bennett was jailed for 18 weeks and banned from keeping pets again after admitting causing unnecessary suffering to animals and ignoring their needs.

Another woman, Gemma Brogan, who admitted similar charges, was sentenced earlier this year to an 18-week prison sentence, suspended for 24 months.

She was also banned from keeping animals for five years and must carry out 100 hours unpaid work.

She was ordered to pay costs of £418.80 and an extra £128 victim surcharge, as well as to do 30 rehabilitation activity requirement days. 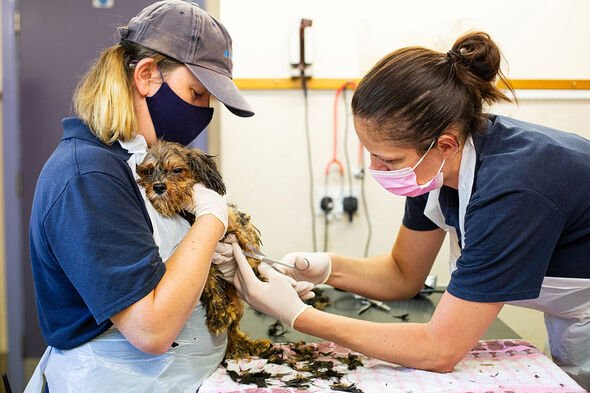 With help from the police, the RSPCA rescued all 36 dogs, some of which were pregnant and had puppies.

They were taken into RSPCA care in Brighton, Kent and Surrey where they were rehabilitated and rehomed.

After vet examinations it became clear that some had serious health issues as many had overgrown claws, gingivitis, alopecia and one was suffering from a tumour.

Others had periodontal disease, which is caused by infections and inflammation of the gums and bone that surround and support the teeth. 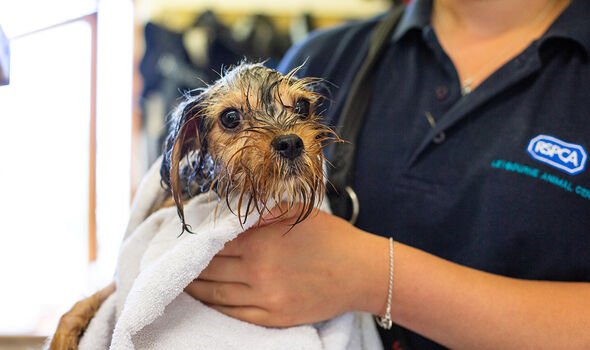 The vet report said: “It is my opinion that the majority of dogs suffered as a result of the conditions in which they were being kept.”

The vet reported: “The period of suffering would vary for each dog but I would estimate it to be from four to 12 weeks.”

Inspector Peeters added: “This was a sad case involving a large number of dogs who sadly had been neglected, left in their own filth, and left to suffer.

“I’m glad that we could rescue these dogs and they are now getting the care and love they deserve.”

The RSPCA report that around 129 pets are abandoned daily in England and Wales.

This is an increase from 104 last year and with the cost of living crisis, they suspect this number could continue to rise.

The Conservative Government is not doing enough to protect workers