Home » Europe » Deal or no deal – how are EU countries preparing? 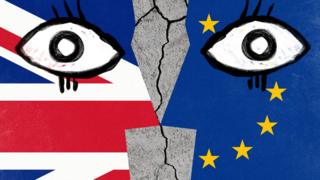 This looks set to be (another) big week in the Brexit negotiations – but preparations are also being stepped up in case no deal emerges on a withdrawal agreement between the UK and the European Union.

The UK government has published more than 100 technical notices urging businesses and consumers to prepare for no deal. But what about other countries – what preparations have they made?

For any country that does a lot of trade with the UK, customs is of primary concern.

But it is worth pointing out that nearly all customs issues are dealt with at a European level by the European Commission, so any measures that might be taken in places such as Calais would depend in large part on what gets decided by the EU as a whole.

The European Commission’s role doesn’t mean that French customs hasn’t been taking steps to prepare for Brexit. An additional 250 members of staff have been recruited this year – a number that will rise to about 700 by the end of 2020.

French customs has also produced some detailed online information (in French) for businesses on how to prepare for Brexit in all its potential forms.

Last month, the French government published a draft bill emphasising “no deal” would result in reinstating “checks on goods and passengers to and from the UK” as well as inspections of food, plants and live animals.

The French senate is debating what to do about Brexit, on Tuesday.

The draft bill would give the government (rather than parliament) the power to introduce new measures by emergency decree if it needed to avoid or mitigate the consequences of a hard or no-deal Brexit.

But politicians representing channel ports are warning that chaos and long queues would be unavoidable and both the French government and the EU need to take further steps to avoid that happening.

The draft bill also focuses on citizens’ rights in the event of no deal, including what would be the legal situation of UK nationals resident in France. The bill also raises the possibility of other UK nationals needing visas to visit France.

Any emergency legal measures introduced to ease the situation would, the bill says, depend on the UK taking reciprocal steps, which the UK government has already indicated that it would do.

Germany has produced less detailed information in public than France, which has caused some frustration among business leaders and opposition parties.

The federal government has a special Brexit cabinet though, led by Chancellor Angela Merkel, and she has spoken about the importance of the government making “suitable preparations” for no deal.

She told German MPs last month that those included managing the status of an estimated 100,000 British citizens in Germany, many of whom have lived there for years, as well as Germans living in the UK.

Behind the scenes, Germany is making many of the same preparations as France, including the recruitment of additional personnel to deal with a less open economic relationship with the UK.

But the German authorities emphasize that their priority remains an agreement on an orderly exit, saying that no deal would be the worst outcome for both sides.

The Dutch have been busy.

This letter from the Minister of Foreign Affairs to the House of Representatives sets out many of the steps that have been taken, including the planned recruitment of more than 1000 staff in customs and food safety agencies.

In information published online, the government admits that a no-deal Brexit could hit the Netherlands hard but could also produce some opportunities for Dutch businesses.

It notes that the European Medicines Agency is relocating (whether there is a deal or not) from London to Amsterdam.

The government is currently assessing how a hard Brexit with no transition period could affect the supply of medicines and medical equipment, and how any risks can be limited.

More details of government preparations for Brexit in the Netherlands can be found here.

The Republic of Ireland, by all accounts, was preparing for Brexit long before Brexit actually happened.

And it’s clear that a no-deal Brexit would raise serious questions for the Irish economy.

At the moment, the Irish government is doing more public events on Brexit than the UK government, including a series of road shows involving senior politicians entitled Getting Ireland Brexit Ready. You can even follow them on twitter @BrexitReadyIRL.

In terms of preparations for no deal, Finance Minister Paschal Donohoe made a series of announcements in his recent Budget, including investing 300m euros (£260m) in training schemes for sectors that could be hit by Brexit.

The big question remains about what would happen on the Irish border.

Spain is taking the mañana approach to planning for a no-deal Brexit.

When Economy Minister Nadia Calvino was in London, on 29 October, she said Spain was supporting the commission negotiations and, for the time being, nothing was being done to prepare for no deal.

There is no written plan or anything formal and she said the government was waiting another few weeks before planning for a no-deal scenario.

That is not the most comforting news for hundreds of thousands of UK nationals resident in Spain, although it is expected that, like other countries, Spain would try to agree reciprocal arrangements in the event of no deal.

Another issue that concerns Spain is the status of Gibraltar. In the event of no deal, a protocol on Gibraltar, due to be attached to the Brexit withdrawal agreement, would not come into effect.

The authorities in Gibraltar, however, point out that on one crucial issue – customs – the challenges are not as acute as they would be at UK borders, because Gibraltar is already outside the customs union.

The Chief Minister of Gibraltar, Fabian Picardo, has said his government will step up the pace of its no-deal contingency planning if there is still no agreement on the UK’s withdrawal from the EU on 1 January 2019 – three months before Brexit is due to happen.