Home » Europe » Death of boy, 5, whose body was found in river may have been ‘violent’ 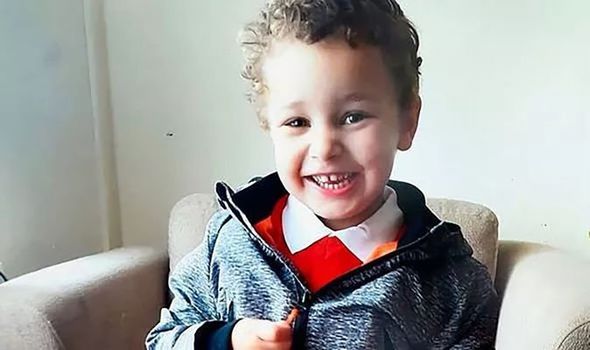 Logan Mwangi was found dead in the Ogmore River near Bridgend, south Wales, on Saturday July 31. His stepfather John Cole, 39, has been charged with murder while both he and Logan’s mother Angharad Williamson, 30, have been charged with perverting the course of justice.

Logan had sustained multiple injuries including a torn liver, an internal head injury, and a broken collarbone, a court heard at the time. The youngster was described as a “kind, handsome, polite and clever” lad.

And his inquest, which opened today at Pontypridd Coroners’ Court in south Wales, heard the death may have been “violent or unnatural”.

Rachel Knight, assistant coroner for south Wales, said: “I am satisfied it’s necessary to open an inquest as there is reason to expect his death maybe violent or unnatural.

“I have seen correspondence from the CPS in this case which says people have appeared in criminal courts and a trial date has been set.”

A post-mortem examination was carried out on August 2, but the finding of a provisional cause of death is pending further investigation.

Ms Knight adjourned the inquest until the conclusion of the criminal case. She expressed her condolences to Logan’s family.

Cole and Williamson, who are both from Bridgend, south Wales, appeared at Newport Crown Court on August 14.

A third defendant, a youth who cannot be named for legal reasons, also appeared having been charged with perverting the course of justice.

The two adult defendants were remanded in custody while the youth defendant was remanded in the care of the local authority.

Their trial will start on January 31, 2022, and is estimated to last four weeks.